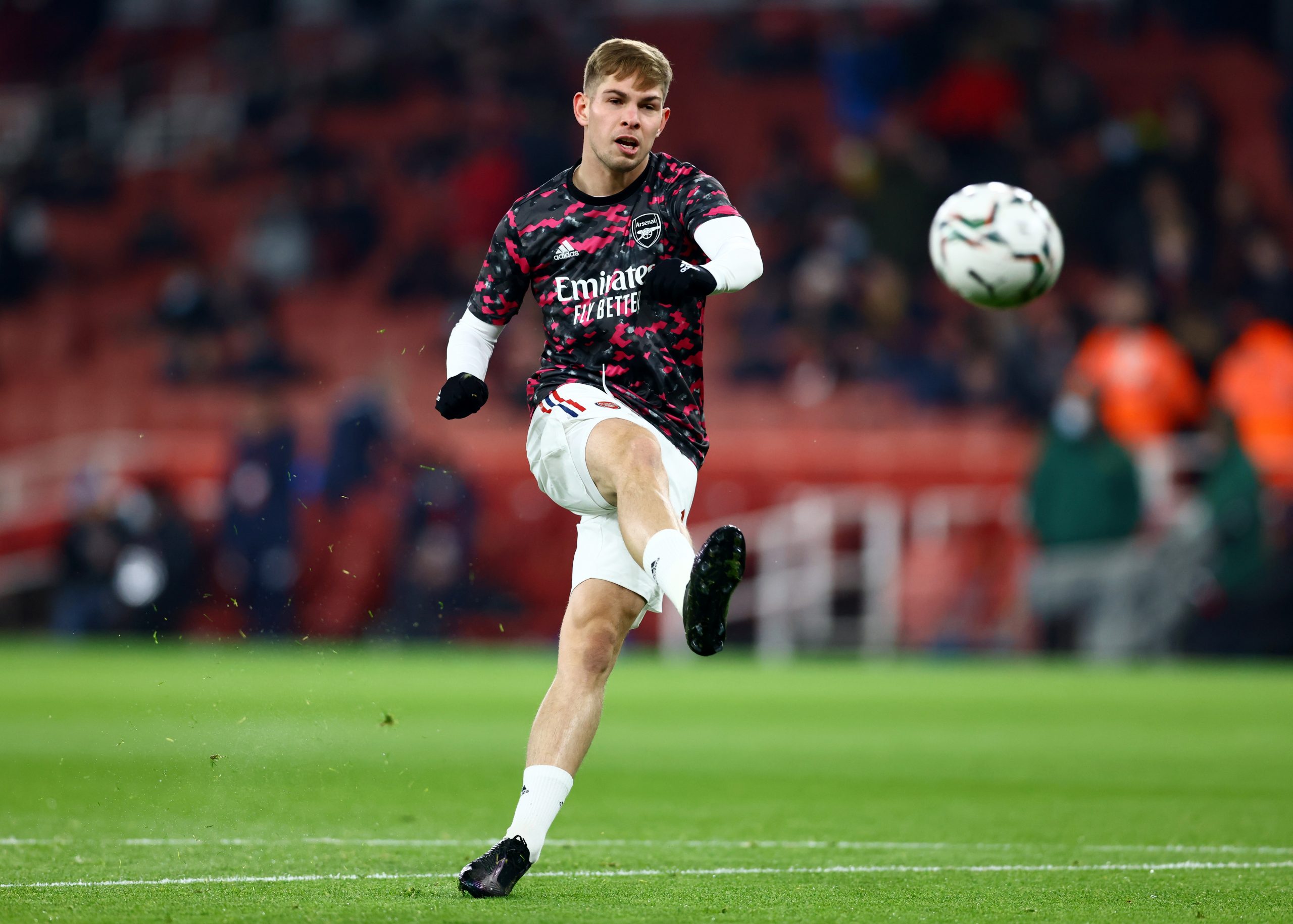 Arsenal have the chance to further stake their claim for a Champions League spot in the top four when they take on rampant Crystal Palace at Selhurst Park on Monday evening, in what could be a thrilling contest.

There is certainly a swagger to the Gunners’ football at the moment.

Gone are the days of boring sideways passing with no plan, as Mikel Arteta’s side have completely revamped and reinvigorated themselves in 2021/22.

At the start of the campaign, the Gunners were nowhere near in the frame for a Champions League spot, but several months on and they are looking the favourites to secure the last European berth come the end of the season in May.

The north London side are now more composed and resolute at the back with Gabriel and Ben White keeping 12 clean sheets this season in front of the ever-improving Aaron Ramsdale.

Thomas Partey has fully embedded himself into Arsenal folklore in midfield alongside Granit Xhaka, dare we say it, a combative partnership has been impressively formed.

But it is in the final third where you can note Arsenal’s true colours with Bukayo Saka, Martin Odegaard and Gabriel Martinelli helping to forge one of the youngest and most exciting forward lines in the Premier League.

Odegaard’s technical qualities and ability to pick a pass were rather mesmerising in the win over Leicester in March, while Saka’s consistent drive and ability to beat an opponent is now second to none in the English top-flight.

But there is another key cog to the wheel that is continuing to go unnoticed in the Arsenal camp, and that is top-scorer this season with ten goals, Emile Smith Rowe.

Recently hailed as a “special talent” by Sky Sports pundit Jamie Carragher and described as a player who “oozes class” by former Eagles striker Clinton Morrison, the 21-year-old has had a hugely impressive campaign, making his England debut towards the back end of 2021 and finding the net with great regularity.

Sadly, 2022 has started a little slower for the spritely youngster.

A bout with COVID-19 has seen him play just three times in the last month. Arsenal haven’t lost in that time but the Hale End graduate, who is currently rated at £36m by Transfermarkt, has been missed.

After all, he is someone who has scored against Tottenham, Leicester City, Manchester United and West Ham this term, providing a knack of beating the goalkeeper in some of Arsenal’s most important fixtures this season.

With Martinelli a little out of form currently, scoring just once since January, it may be time for Arteta to unleash the former Huddersfield and RB Leipzig loanee in the Brazilian’s place in their game against Crystal Palace on Monday.

Whether he has the match fitness to do so after only just returning recently remains to be seen, but this is someone who could get between the lines, and half-spaces and give compatriot Connor Gallagher and co a terrifying fright.

Described by Danny Cowley – his manager when he was on loan at Huddersfield – as a player who can “find space in a telephone box,” Smith Rowe’s rapid rise to stardom in the last few years means he can now light up most stadiums in the Premier League.

Combine him with his fellow Hale End darling in Saka and a creative maestro in Odegaard, and you have quite the recipe for an attacking concoction.

Arsenal are one of the most in-form sides around right now but overcoming Palace will be difficult – with the Croydon-born wonderkid in their ranks, however, he could just be the force that takes them to a crucial three points.

AND in other news, Arsenal renew their interest in £49.5m-rated midfield orchestrator…