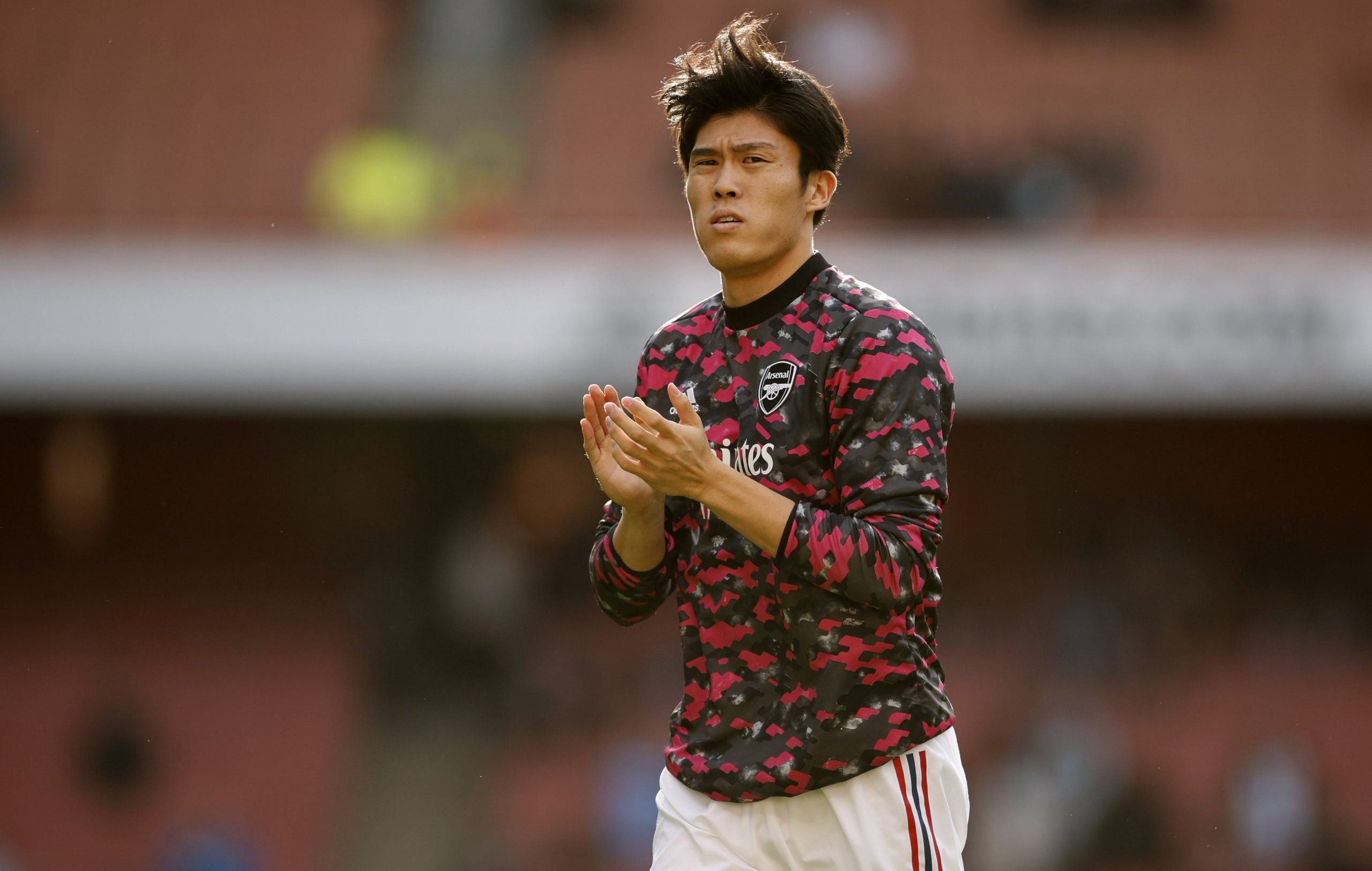 Arsenal have been handed a major boost ahead of their upcoming Premier League clash against Crystal Palace at Selhurst Park.

After talks with Japan, it was agreed that Tomiyasu would stay with Arsenal over the break, aiming to use that time to get fully fit.

Speaking to the press ahead of their Palace trip, Mikel Arteta said:

“I think he will be close. He’s been training more and more.

“He’ll be joining some sessions this week so let’s see how his injury is.”

“He had a recurring injury but in the other calf, which was strange and difficult to predict.

“He’s been through a lot in the last two years with the amount of games he’s played and COVID. Hopefully, we can find the reason, so it doesn’t happen again”

The Japanese international’s eventual return to the Gunners’ lineup will provide Arteta with a major boost heading into the closing months of the season.

Despite Cedric’s impressive performances as cover for the versatile 6 foot 2 defender, Arteta will still be welcoming Tomiyasu back in his defence with open arms.

Signed in a €20m (£17m) deal from Serie A outfit Bologna, where he was once described as a “true Japanese warrior” by teammate Mitchell Dijks, the 22-year-old defender has excelled at right-back for Arteta.

So far this season, as per SofaScore, he’s been involved in seven of Arsenal’s 12 clean sheets, averaged 1.2 interceptions per game, 1.9 tackles per game, and dribbled past only 0.4 times per game.

Also, the Fukuoka-born colossus ranks third among Arsenal players for aerial duels won (49), third for number of dribblers tackled (16) and ranks fourth for tackles + interceptions. Tomiyasu also impressively ranks sixth in the whole of the Premier League for % of dribbles tackled (64.0), which suggests he’s a physical specimen in Arteta’s side.

He can also do a lot further up the pitch, having recorded the tenth most crosses into the penalty area of any player in the English top-flight, suggesting he is of course one of the most complete defenders in the division.

The £22.5m-rated beast, who can also play as a centre-back when needed, could be the man to further aid Arsenal’s defensive efforts for the rest of the campaign as they look to secure a Champions League berth for the first time in five years.