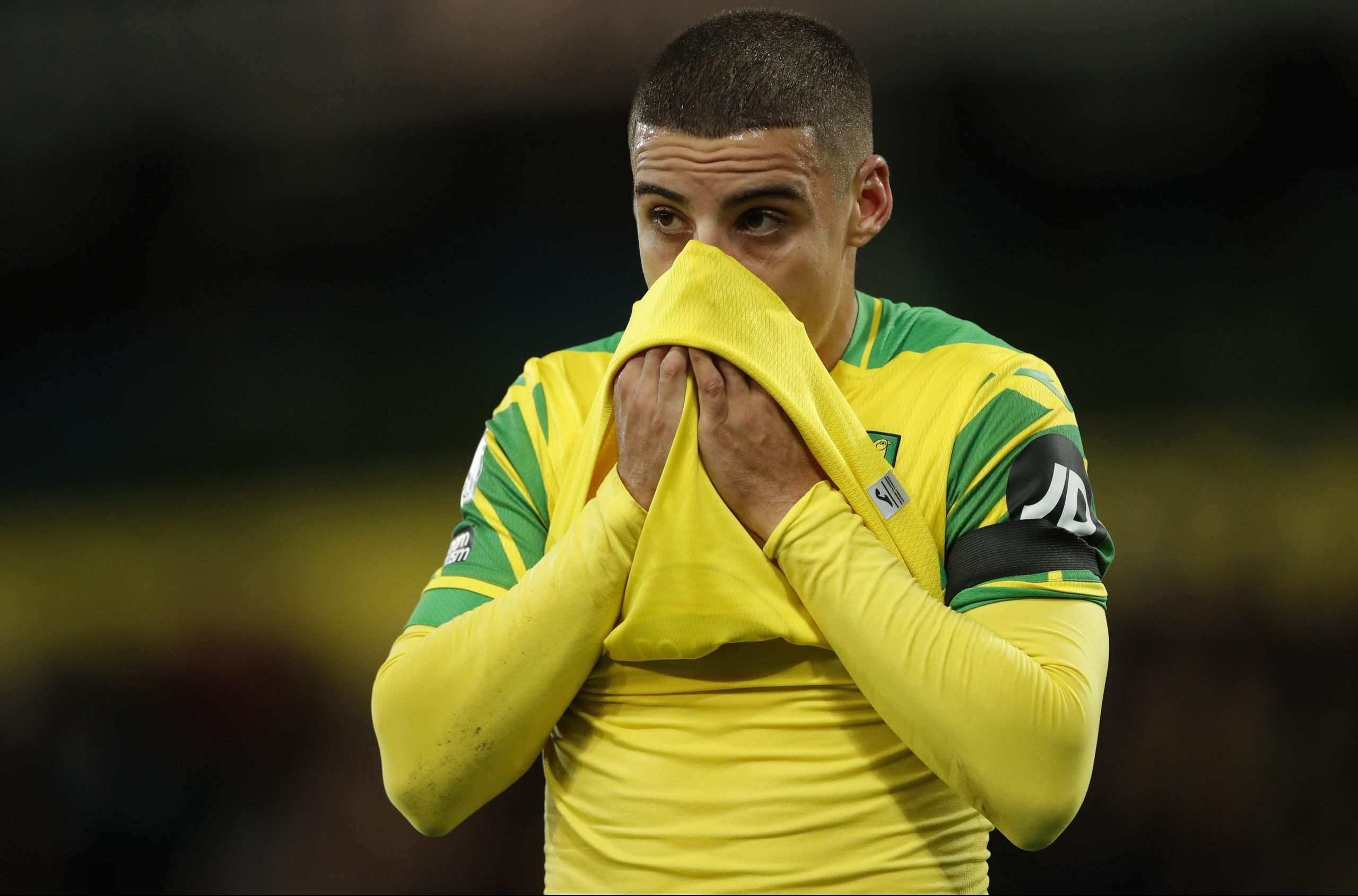 The England U21 defender has stayed loyal to the Norfolk club in recent windows, but they are expected to have their resolve tested if they are relegated to the Championship in the coming weeks.

Aarons has made 29 appearances for Norwich this season, 28 of those in the Premier League.

The Carrow Road academy graduate has two years left on his deal but with rock-bottom Canaries, though with his side facing an uphill fight to remain in the Premier League, this could be the time for the club to finally cash in.

THE LATEST: ARSENAL ‘IN THE RACE’

As per The Sun, the Gunners will battle top-flight rivals Manchester United to sign the talented young Canaries full-back. The report also goes on to state that German giants Bayern Munich and Borussia Dortmund are also in the hunt for his services.

Barcelona and Roma have also previously been interested in Aarons, who is reportedly valued in the region of £20m.

While the 22-year-old has been part of a Norwich side that suffered relegation to the Championship back in 2019/20, as well sitting at the bottom of the table in the current campaign, the right-back is undoubtedly a player who boasts a serious amount of potential and also valuable Premier League experience under his belt.

Indeed, despite his side’s struggles in the top flight, the £19.8m-rated man has proven that he’s got what it takes to perform at the highest level, regularly standing out as one of the most promising players in the Canaries camp.

Over his 41 second-tier appearances during his breakthrough season in 2018/19, the young defender scored two goals, registered six assists and created six big chances for his teammates, as well as making an average of 0.8 key passes and taking 0.6 shots per game.

In the Premier League, he’s only registered three assists during his two seasons plying his trade but despite his club’s struggling defence, he still battles admirably when given the chance.

So far this season, in 28 games he averages 0.5 key passes and has created two big chances despite Norwich’s goal-shy attack, as well as 0.9 interceptions, 2 tackles and 2.1 clearances per game highlighting that he is more than capable of matching with the league’s most elite forwards.

As such, should the Gunners go on to secure a deal for the right-back who former boss Daniel Farke dubbed a “special” talent, then Mikel Arteta could be looking at a great alternative to Takehiro Tomiyasu.

AND in other news, Arsenal are in the hunt for a Turkish hot prospect, regularly called “Harry Potter”.