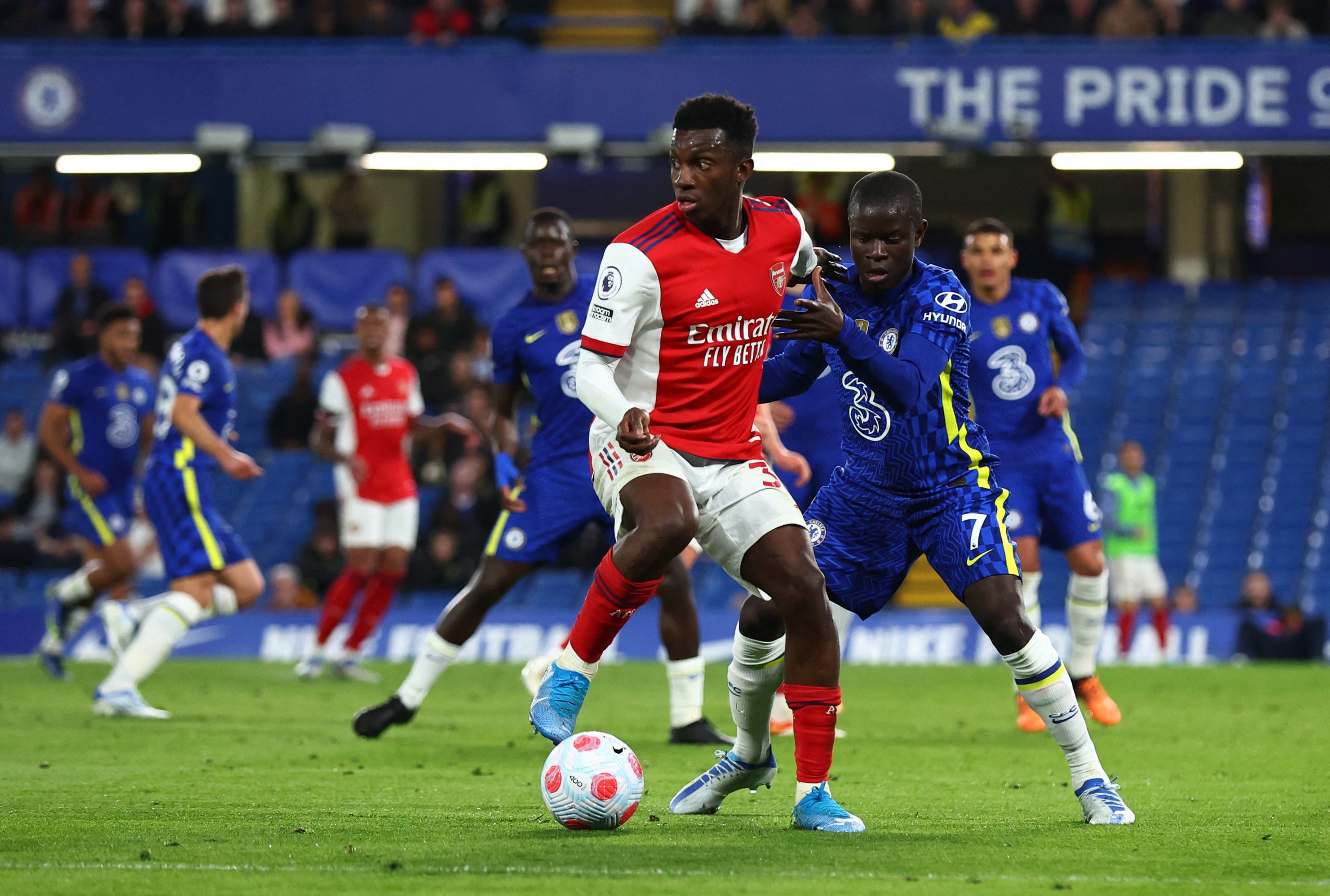 THE LOWDOWN: BACK ON TRACK

Mikel Arteta’s men may have just got their top-four push in the Premier League back on track.

The Gunners stunned the country by beating Chelsea 4-2 at Stamford Bridge to end a run of three successive defeats in the Premier League.

It was a remarkable all-round performance from the visitors as they tactically overcame Thomas Tuchel’s men with consummate professionalism.

The result puts Arsenal level on points with their fierce rivals Tottenham Hotspur who sit in the final Champions League place in the table on goal difference.

And Keown praised two-goal hero Nketiah for his performance post-match.

Speaking to Stadium Astro after the match, the Gunners legend said:

“I thought he was magnificent today.

“I know that the second one was perhaps given to him on a plate, the first one. You’ve got to be there to capitalise.

“He looked sharp, he dealt with the ball well. And those youngsters at Arsenal keep producing,”

Indeed, the night belonged to the England U21 international whose two goals kept the north London outfit well on the hunt for a top-four spot at the end of the season.

The £9m-rated striker putting in a classy and crafty showing against the FA Cup finalists, proving to Arteta that he certainly deserves a starting spot in his first 11.

Given a superb SofaScore rating of 8.6 for his Stamford Bridge heroics, the forward also showcased his terrific work rate and unselfishness to the Gunners cause, winning five out of his nine ground duels, three out of four aerial duels and three tackles.

The club face a tough call on his future in the coming months and it is evidently clear he desires first-team football but Wednesday night demonstrated what he can do when given the opportunities.

Considering Alexandre Lacazette’s current poor form and continued recovery from illness, the Gunners boss should keep the faith with the former Leeds United loanee for the foreseeable future.

AND in other Arsenal news, a certain Gunners icon says £36m-rated midfield star needs to “bounce back” after injury…