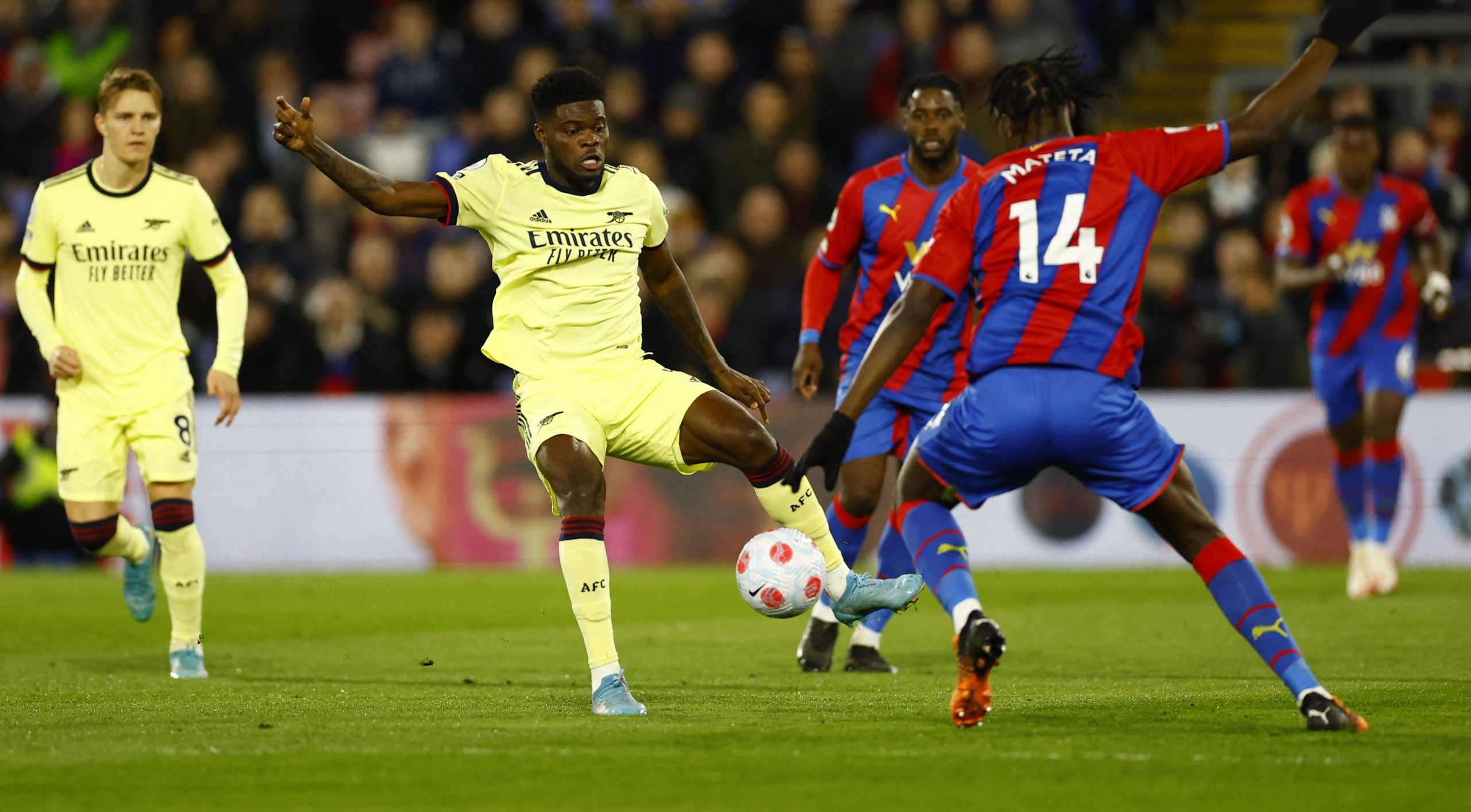 Speaking to the All To Play For Podcast, Alan Smith has been discussing Thomas Partey after his underwhelming showing against Crystal Palace…

In what’s ultimately been an impressive season becoming a key and pivotal figure alongside Granit Xhaka in Arsenal’s midfield, it was a night to forget for the Ghanaian international as the Eagles ran riot on Monday night cruising to a 3-0 win over Mikel Arteta’s men.

With the Gunners boss expecting a dominant performance against a tough opposition, Partey failed to impress, before going off injured with 16 minutes to go at Selhurst Park.

Former Arsenal striker and icon Alan Smith told the All To Play For Podcast he had been impressed by Partey’s performances thus far for the Gunners, stating that he’s had a “really good” campaign, but the pundit is fearful that his showing against Palace will have dented his confidence.

“He’s been really good, but he had a stinker again at Palace, but no Arsenal player really performed, but you’re just looking at him to bounce back now because it will have affected his confidence.”

The £36m-rated star’s performance against Palace will have certainly damaged his confidence going forward, especially now considering he’ll be on the treatment table for the next few weeks with a thigh problem.

The former Atletico Madrid midfielder was given a 6.1 rating for his poor showing against the Eagles (SofaScore).

As well as picking up a needless booking, Partey only won two of his eight ground duels, and gave possession away 14 times and dribbled past twice in just 74 minutes of action, suggesting he failed to provide his team with the inspiration and assuredness from midfield when they really needed it.

With the 34-time Ghana international facing a spell on the treatment table, it’s certainly an opportunity for him to recuperate and bounce back, because the north London club will need him in top condition and form when he returns.