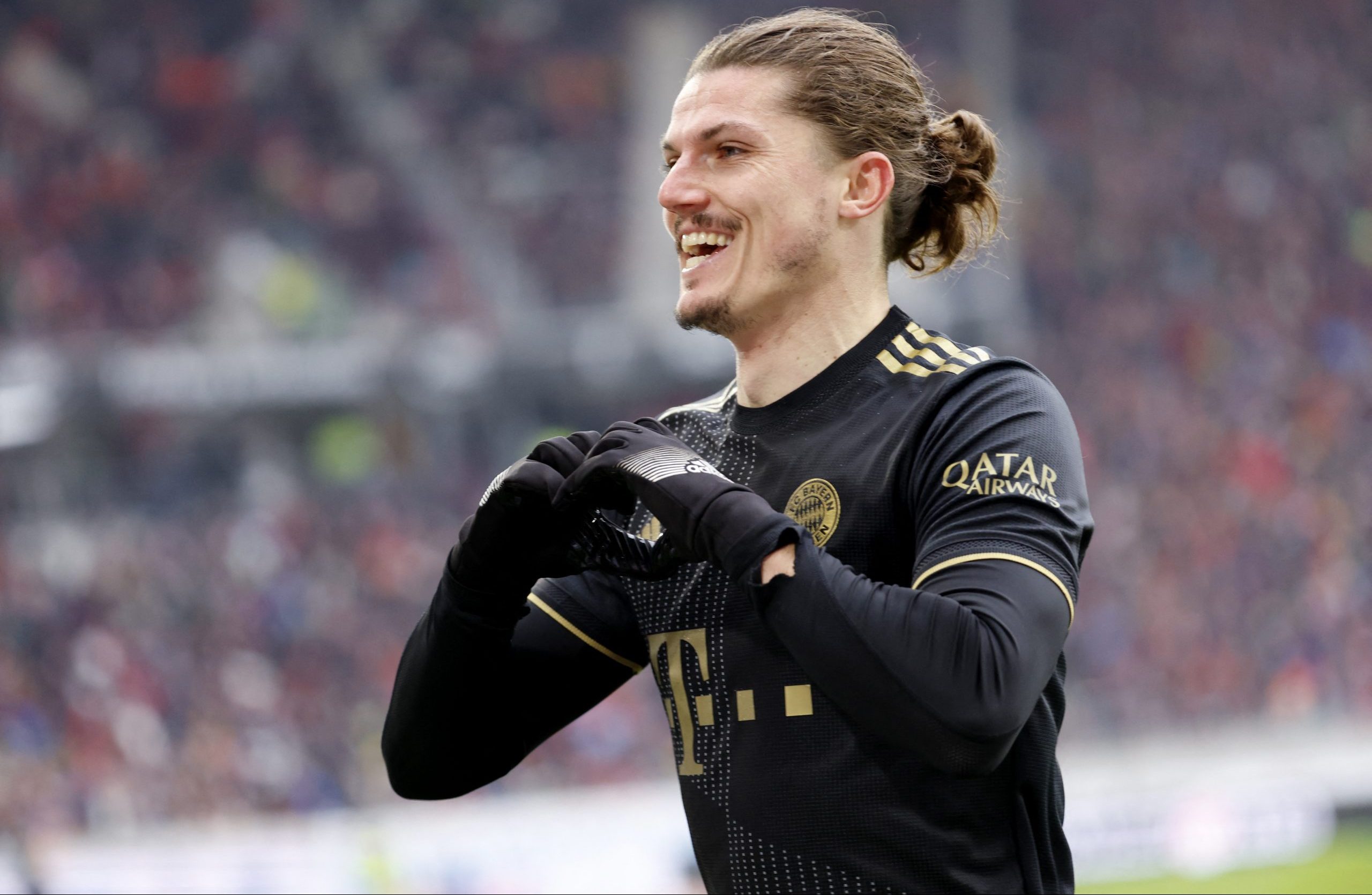 Arsenal are interested in Bayern Munich’s Marcel Sabitzer, who will be allowed to leave the German club this summer, according to reports.

The Austrian has struggled to establish himself in the Bavarian giants’ starting line-up and he remains on the periphery of the first choice eleven, only starting seven of 30 Bundesliga games.

The 28-year-old also played no part in either of the two legs of Bayern’s Champions League quarter-final loss against Villarreal.

So far this campaign, he’s only registered just the one goal and no assists in 27 games in all competitions, reflecting his struggles to establish himself in Julian Nagelsmann’s Bavarian plans.

And, according to reports Arsenal are willing to release him from his demise in Munich.

According to SportBild transfer insider Christian Falk, the Gunners are joined by Atletico Madrid in the race for the Austrian international’s signature as the club plans a summer shake-up of Nagelsmann’s squad.

This week’s edition of the German outlet looks at the Bundesliga champion’s future plans following their shock elimination at the hands of Unai Emery’s Yellow Submarine.

The German magazine states the midfielder is one of the players who will be ‘allowed to go’ in the next window.

Despite following his manager, Nagelsmann, from Leipzig to the Allianz Arena last summer, Sabitzer has only started eight games across all competitions.

However, the £19.8m-rated midfielder’s struggles in Bavaria should not take away from the incredible creativity, versatility, decisiveness and midfield thrust that he possesses in abundance.

The 60-time Austrian international would definitely bolster Arsenal’s midfield options simply because he can play just about any role in those areas and would bring an injection of quality and goalscoring threat from deep.

In 229 matches for former club RB Leipzig, Sabitzer scored 52 goals and provided 42 assists. His best season for the club came in 2019/20 where from 33 Bundesliga matches he scored a staggering 16 goals alongside an impressive 11 assists from 44 games.

This suggests that when given the opportunity, he’s more than capable of delivering goals and assists when needed. Last term, he registered nine goals and seven assists from 39 games, also recording seven big chances created and 1.1 key passes per game.

The former Red Bull Salzburg man previously heralded as “remarkable” by his former Leipzig boss Ralf Rangnick, is a thrilling midfield talent, and would represent an absolute snip for Mikel Arteta at just £12m.