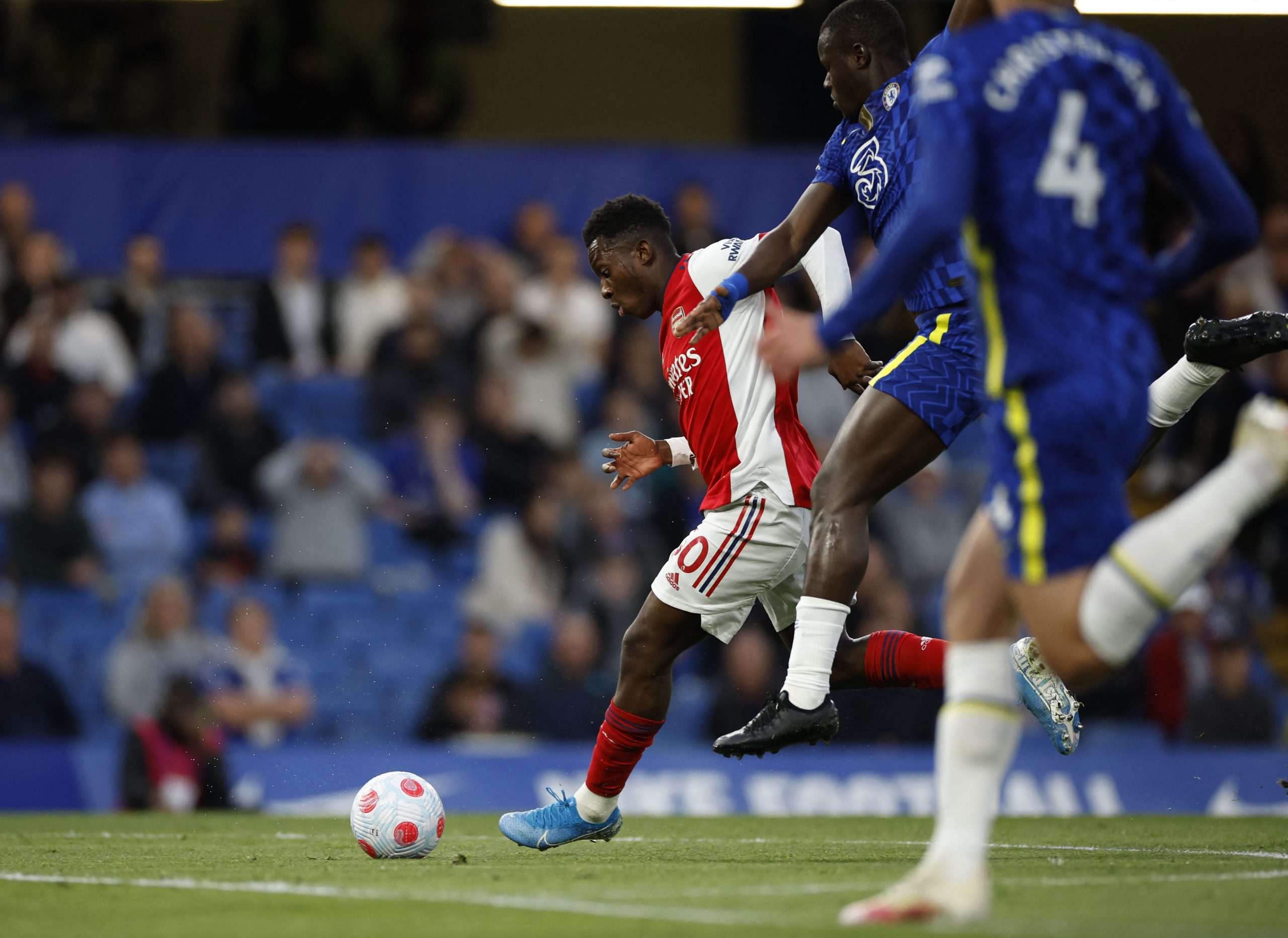 Former Arsenal striker Pierre-Emerick Aubameyang was amongst the players to send a message to Eddie Nketiah on Instagram after the forward scored twice for Arsenal in their superb 4-2 win over Chelsea on Wednesday.

Nketiah proved the cream of the crop on Wednesday night, helping the Gunners to a crucial three points in their charge for a coveted top four place at the end of the season.

The former Blues academy starlet bagged a brace to help Mikel Arteta’s men get their Champions League push back on track.

He did brilliantly for both goals, capitalising on mistakes in the Chelsea defence to finish superbly. It was the kind of performance that surely leaves Mikel Arteta with no choice but to stick with him in the games ahead.

The manager even admitted himself post-match that he has “not been fair” on the forward who has long been searching for opportunities in the Arsenal starting XI, especially after Alexandre Lacazette’s poor form in recent months.

It was also the kind of display that vindicates why the hopes have been so high for the former Leeds United loanee. Certainly, it was no surprise that a number of players from various clubs and former players sent a message to Nketiah on Instagram.

Barry Douglas – who played alongside Nketiah while he was on loan at Leeds – also expressed his delight at seeing that the youngster back amongst the goals: Our thoughts on Eddie Nketiah…

It was indeed a night to remember for the former England U21 star, scoring his first Premier League goals in a year.

And it was the kind of performance that may leave some thinking that he could yet have a long-term future at Arsenal.

He has of coursed expressed his desire to further his development elsewhere and last night’s performance against his former club proved that he is indeed a talented footballer who deserves the opportunities and top flight minutes he craves, and when given them, he’s sure to certainly deliver.

With Lacazette’s struggles in front of goal continuing, it may seem plausible for Arteta to stick with Stamford Bridge hero after his stunning performance.

No matter what the immediate future holds for him, he’s got to prove he can cut it at the elite level and last night proved the perfect start. Long may it continue.