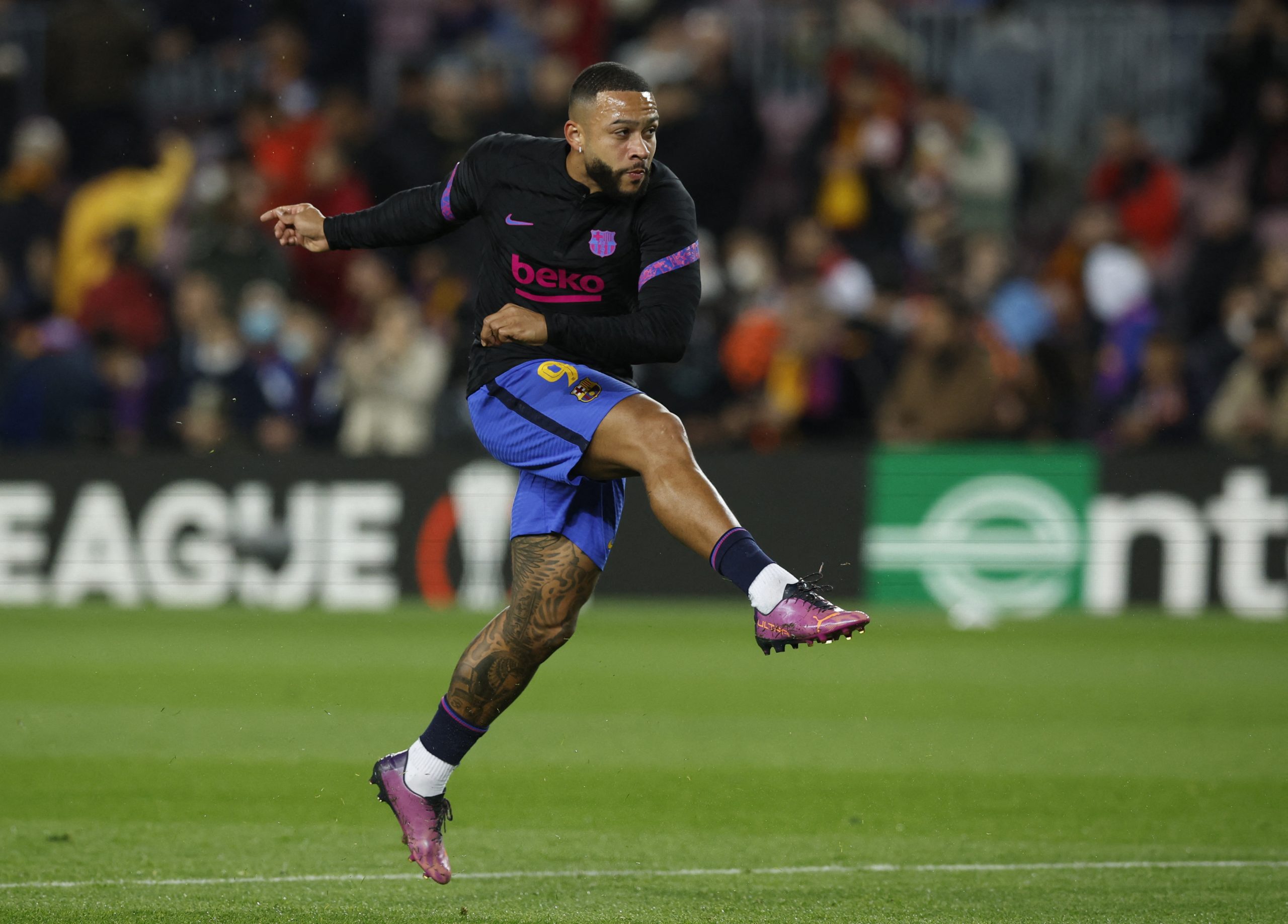 According to reports, former Manchester United player Memphis Depay is ‘in the sights’ of Arsenal, Tottenham Hotspur and Everton ahead of the summer transfer window.

Arsenal boss Mikel Arteta and technical director Edu Gaspar are preparing for a big summer in which a new No.9 will be on top of the agenda as they aim to close the gap on the likes of Manchester City, Liverpool and Chelsea in the Premier League.

The club are actively seeking to find a replacement for former captain Pierre-Emerick Aubameyang, while Alexandre Lacazette and Eddie Nketiah could also be departing due to their expiring contracts.

It means Arsenal will be busy scouring the market for a new goalscoring no.9 who could fire them to trophy success next season, and Depay is reportedly in their sights.

THE LATEST: DEPAY IN SIGHT

Spanish outlet Sport (via Fichajes) are reporting that Depay is ‘in the sights’ of Arsenal, Tottenham Hotspur and Everton.

The Dutchman reportedly wants to leave Barcelona this summer to be able to have more playing minutes and get to the Qatar 2022 World Cup in the best possible condition and form.

The report also states that it is one of the sales the Spanish giants plan to make ‘in order to make money and have room for manoeuvre top to incorporate important parts for rotation.’

THE VERDICT: GET HIM IN

Depay will only have a year left on his contract in the summer, and so there is a chance that the north London club can grab the former Manchester United superstar on the cheap, in what could be a serious coup for Arteta.

Dubbed a “brilliant” player by pundit expert and former Gunners striker Kevin Campbell, and hailed as ‘one of the best‘ by his teammate Riqui Puig, the 28-year-old has exactly the kind of pedigree that Arsenal are desperate for in attack.

A proven goalscorer at international level as well, former Barca and soon-to-be Netherlands head coach Ronald Koeman knows of his qualities, noting his “effectiveness, speed (and) strength”, which suggests Depay would certainly be a good fit for Arteta’s system at the Emirates.

Despite being on the fringes of the team at the Camp Nou, the £40.5m-rated star – also lauded as a “special talent” by Marco van Basten – still remains the club’s top scorer this season, with ten goals and two assists in 15 La Liga starts, an impressive record, which is more than Alexandre Lacazette’s six across all competitions.

Incredibly athletic, direct, skillful and pacey, adding the former PSV Eindhoven attacker to their ranks would certainly be a statement acquisition for Arsenal, especially to their rivals.

AND in other news, the Gunners are looking to add a Premier League-quality centre-back to their squad this summer.