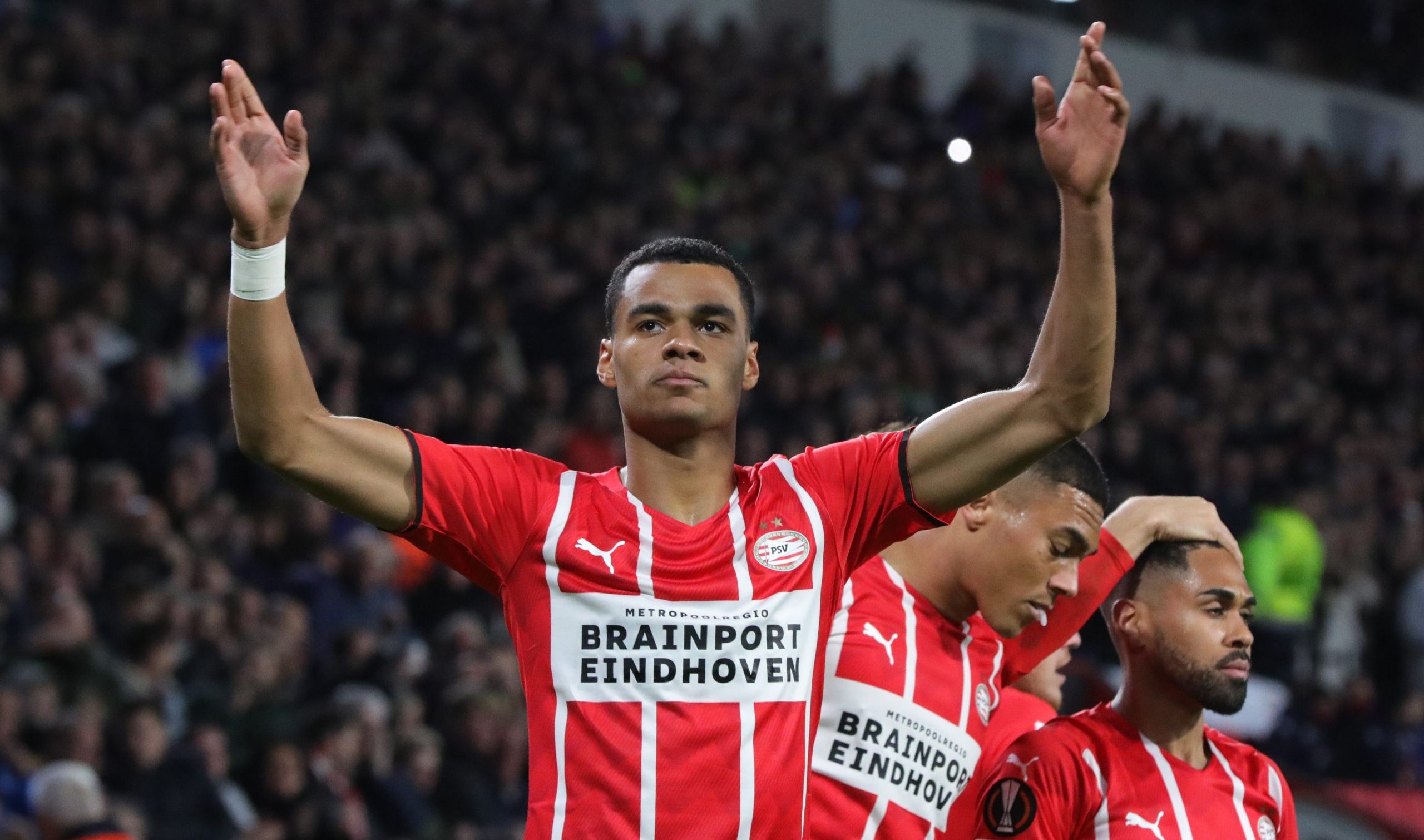 PSV Eindhoven’s flying Dutchman Cody Gakpo has enjoyed a remarkable campaign for the Eredivisie title contenders this season, and it’s no wonder why several top clubs on the continent are scouring for his services with a view to making him their top man for next season.

The Dutch wonderkid has been a revelation for Roger Schmidt’s men, possessing a WhoScored rating of 7.84 so far this campaign, the third best in the Dutch top-flight, behind Ajax duo Sebastien Haller (7.87) and Luis Sinisterra (7.86), another reported Arsenal target.

According to a report by Dutch media outlet Voetbal International, Arsenal are currently leading the race for the PSV Eindhoven forward, while the likes of Bayern Munich, Liverpool and Manchester City are also believed to be keeping a keen eye on the situation of the 22-year-old – who the Eredivisie title challengers reportedly value at £42m.

THE VERDICT: GO GRAB HIM

Considering the sheer amount of potential and ceiling Gakpo currently possesses in his impressive weaponry, it is easy to see why the likes of Arsenal, Bayern Munich, Manchester City and Liverpool are plotting to sign the four-time Netherlands international this summer.

Over his 20 Eredivisie appearances this campaign, the £22.5m-rated forward has been in sensational form for PSV, scoring eight goals, and laying on 13 assists and creating ten big chances for his teammates, as well taking an average three shots and making three key passes per game, highlighting his incredible influence in the attacking third.

Such metrics have seen the £7.4k-per-week talisman dubbed by journalist Agragami a “serious talent” and also a player who “has everything”  as expressed by ex-Dutch international midfielder Theo Janssen to Portuguese outlet NOS.

However, it has not only been in the league that Gakpo has impressed, with the Eindhoven-born starlet bagging a further eight goals and registering two more assists over 17 appearances in domestic and European cup competitions, taking his haul for the current campaign to a whopping 16 goals and 15 assists over 37 fixtures.

These are goal contributions most of the top strikers on the continent would kill for, and there’s no reason why Arsenal can’t mould and shape Gakpo into an out-an-out number-nine to address their pressing need in that area.

AND in other news, Arsenal are reportedly looking to end their striker search with a potential move for a Uruguayan sensation.