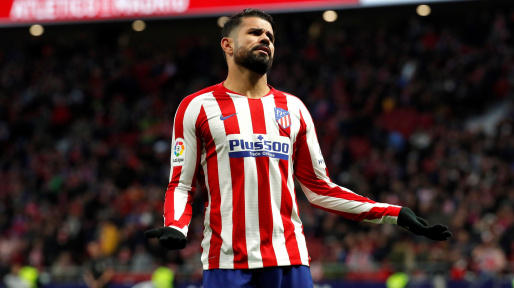 Arsenal could make a shock swoop for Diego Costa as he terminated his contract with Atletico Madrid earlier today.

Costa has today decided to end his contract agreement with the La Liga club having recently threatening to do so.

AS Diario claimed Atletico did not wish to sell to a direct rival and with the Gunners not participating in the Champions League, a move to the Emirates would have suited all parties involved.

The 32-year-old has now become a free agent and is said to want to remain in Europe for at least two to three seasons, He already has Premier League experience under his belt having spent three years at Chelsea which would appeal to Arsenal.

The Spanish striker has been blighted by injuries this season and has seen both Luis Suarez and Joao Felix placed ahead of him in the pecking order.

Costa made just three substitute appearances in more than two months and scored just one goal since the beginning of the new season.

Arsenal now have real hope of signing Costa before the window opens but could face stern competition for his signature.