Arsenal playmaker could leave for free after pay cut row 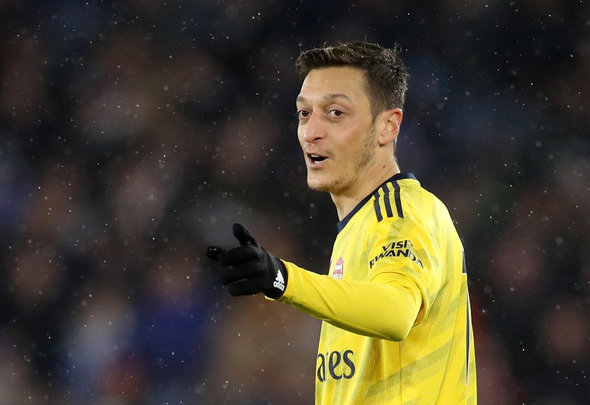 Mesut Ozil could up and leave Arsenal for free this summer after being asked to take a pay cut.

The German playmaker has been heavily criticised this week for reportedly rejecting a 12.5% pay cut at the Emirates due to the coronavirus outbreak, despite earning a staggering £50k-a-week.

Ozil is believed to be one of three Gunners who snubbed the wage decrease and Gary Neville reckons the trio could now be ‘alienated and isolated’ from the rest of the squad as a result.

However, FIFA regulations state that Ozil and the other two players could now walk away from Arsenal completely after being asked to take a pay cut.

Article 14 of FIFA’s ’Regulations on the Status and Transfer of Players’ states:

“A contract may be terminated by either party without consequences of any kind (either payment of compensation or imposition of sporting sanctions) where there is just cause.

This means the Arsenal trio are well in their rights to up and leave the Emirates and join another club for free when the transfer window reopens.

On Monday, the Gunners confirmed that they had reached an agreement with most of their squad over a 12.5% wage cut and have also offered them lucrative bonuses should they manage to qualify for the Champions League next season.