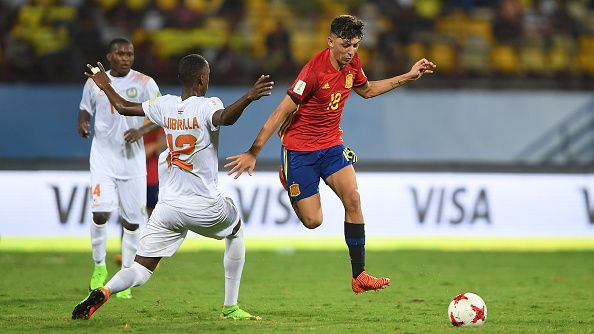 Arsenal are keeping tabs on Real Madrid’s Cesar Gelabert and join several European clubs looking to secure the teenager’s services, according to reports in Spain.

The 19-year-old has not yet featured in the first team but is viewed as one of Real’s brightest prospects.

Mikel Arteta is believed to have been impressed with Gelabert performances for Real Madrid’s youth side against both Chelsea and Tottenham this season and will look to seal his signature this summer, according to Spanish publication AS.

But the Gunners will face stern competition from other European sides which include Lyon and Borussia Dortmund if they are to land the midfielder.

Arteta is planning an overhaul at the Emirates this summer and has viewed the signings of young talent as the way forward for the Gunners.

The Spaniard will more than likely have a strict budget to work with and will have to offload a few fringe players in order to add to his transfer funds this summer.