Real set to offer cash plus Ceballos for Arsenal ace 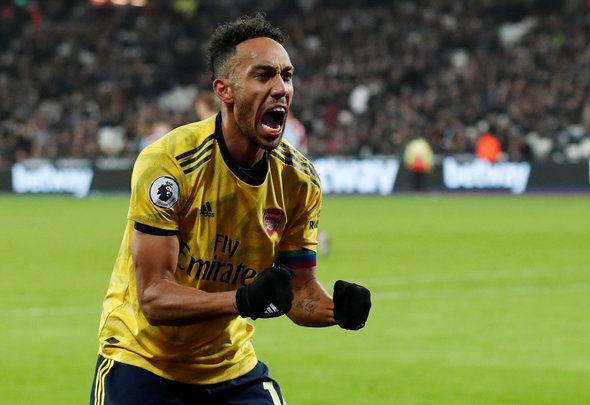 Real Madrid are set to offer Arsenal cash plus Dani Ceballos of Pierre-Emerick Aubameyang, according to reports in Spain.

Diario Madridista (via The Sun) claims the Gunners have already contacted the La Liga club about a potential deal involving Aubameyang rather than risk losing him on a free when his contract expires next summer.

The Spanish publication adds that Zinedine Zidane’s side are thought to favour moves for Harry Kane and Erling Haaland, despite being keen on Aubameyang.

However, with previous issues with Daniel Levy over the transfer of Gareth Bale and Luka Modric, coupled with Haaland’s valuation, Real seem to have turned their attention to the Arsenal captain.

The 30-year-old striker will have a year left to run on his existing Emirates contract from June and with no signs of an extension, the Gunners may cash in rather than lose him on a free next summer.

Manchester United are reportedly eyeing up a £50million for Aubameyang, but Real are hoping they could lower that figure by adding Ceballos in any potential transfer.

Aubameyang has also been linked with a move to Barcelona, but the player’s mother has previously spoken about her son’s dream to play at the Bernabeu.

“My family have always been Real Madrid and I would like to see him in white.

“He promised his grandfather that he would play for Real Madrid and since he was a little boy he spoke about Madrid and never about Barcelona.”

Meanwhile Ceballos is set to return to Real this summer after a productive loan spell at Arsenal this season.

Its understood that there is no option-to-buy clause in the deal with the Spaniard’s future at the Bernabeu uncertain.

Arsenal will reportedly have to fork out £36million to make the move permanent in the summer but are also confident of extending his temporary stay at the Emirates beyond June 30.