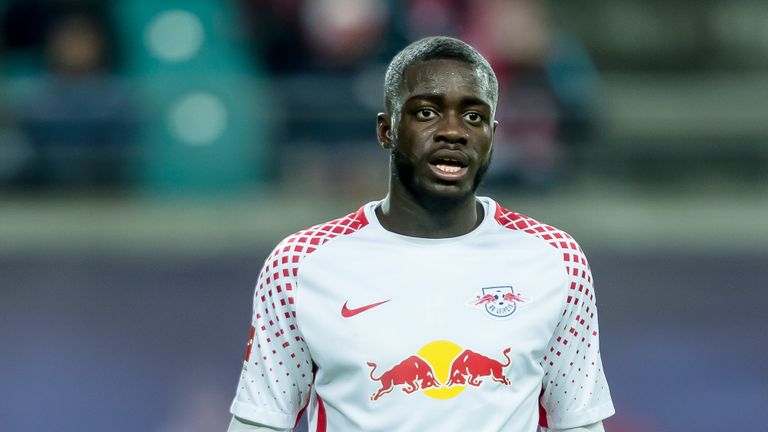 Arsenal have been handed a boost in their pursuit of Dayot Upamecano after the RB Leipzig defender is reportedly set to hand in a transfer request this summer, according to reports in Germany.

The 21-year-old will have a release clause of £55million in the summer and will be allowed to talk other clubs should they table an offer of that size.

However, German newspaper Bild are now reporting that the defender will now hand a transfer request if no one matches his valuation in the summer to force through a move.

Arsenal have been heavily linked with the Frenchman in recent months and are reportedly keen on his signature.

The Gunners tried to sign the Upamecano but were put off by the player’s £72million valuation.

Upamecano’s contract states that the clause in his contract drops by £17million each season, making him more a realistic option for Arsenal when the summer transfer window opens.

Despite reinforcing his backline with the loan signing of Pablo Mari in January, Mikel Arteta still wants to improve his defence, with Sokratis and Shkodran Mustafi thought to be offloaded.

Upamecano represents a good deal for Arsenal to chase down but will face stiff competition from the likes of Tottenham, Barcelona and Bayern Munich, who are all said to be interested in the French defender.