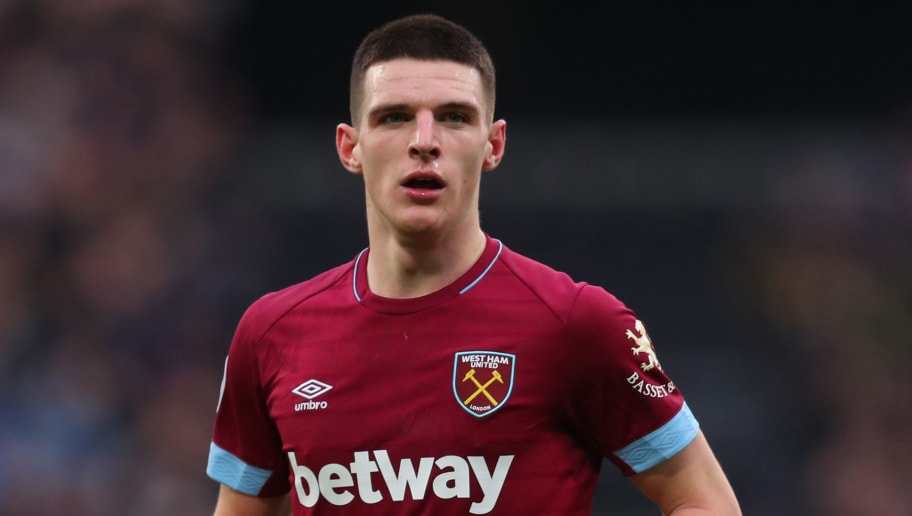 The 21-year-old midfielder has emerged as a summer transfer target for Chelsea, who are keen to bring back their former academy prospect after some impressive displays for the Hammers in the past couple of seasons.

But ex-Arsenal man Merson believes the England international has all the qualities necessary to be a success at Arsenal.

Quoted on Sky Sports, Merson said on the matter:

“Chelsea have been linked with him, but I don’t know why Arsenal aren’t looking at Declan Rice. Arsenal are crying out for a holding midfield player.

“They don’t need a midfielder who’s going to be on the edge of the opposition box, they need a disciplined defensive midfielder, who is going to sit in front of the back four and organise the side; one who, when he gets the ball, gives it simple with 10-yard passes.

“It’s such a hard job and that’s why I can’t believe Arsenal aren’t going in for a player like Rice.”

“A player like Rice can allow the attacking players to flourish and it gives the central defenders the chance to be better than what they are.”

Merson believes the Gunners have failed to fil the void left by the departures of former captain Patrick Vieira and Gilberto Silva in 2005 and 2008 respectively.

Rice has been capped for England on several occasions during his time at the Olympic Stadium due to his performances for the Hammers in recent seasons.

Mikel Arteta will be keen to reinforce his squad ahead of next season and although improving his backline will weigh heavy on his mind, the Spaniard would do well to keep tabs on Rice’s situation at West Ham.

Manchester United are also believed to be interested in the midfielder, but it seems Chelsea lead the race to land his signature.