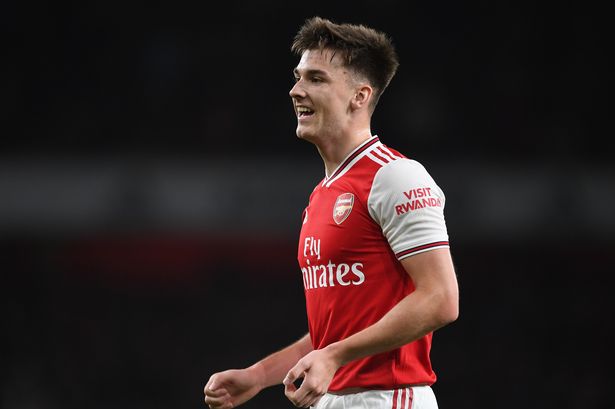 Arsenal defender Kieran Tierney’s latest injury is not as bad as first feared for the Scotsman, who is set to miss international duty.

After what has been described as a ‘phased return to fitness’, there was a concern that the former Celtic left-back may have aggravated his long-term hip injury further after being out of action since June. However, those apprehensions have been eased as Tierney is now expected to be fit for the Gunners’ Europa League tie against Standard Liege.

The Isle of Man-born left-back has only played once for Arsenal during their 5-0 win over Nottingham Forest in the Carabao Cup.

Kieran Tierney may miss international duty with Scotland as part of what has been described as a ‘phased return to match fitness’ but he is available for Arsenal’s Europa League match on Thursday and therefore no fresh injury setback.

Journalist James Olley confirmed on Twitter (via @JamesOlley) that his latest setback should not affect his expected return date to the first team, much to the relief of some Arsenal supporters.

Here you will find some of the best comments from Gunners’ fans:

Last night results is enough to made me stress. Phew.

Good to hear this

Thank you ever reliable @JamesOlley