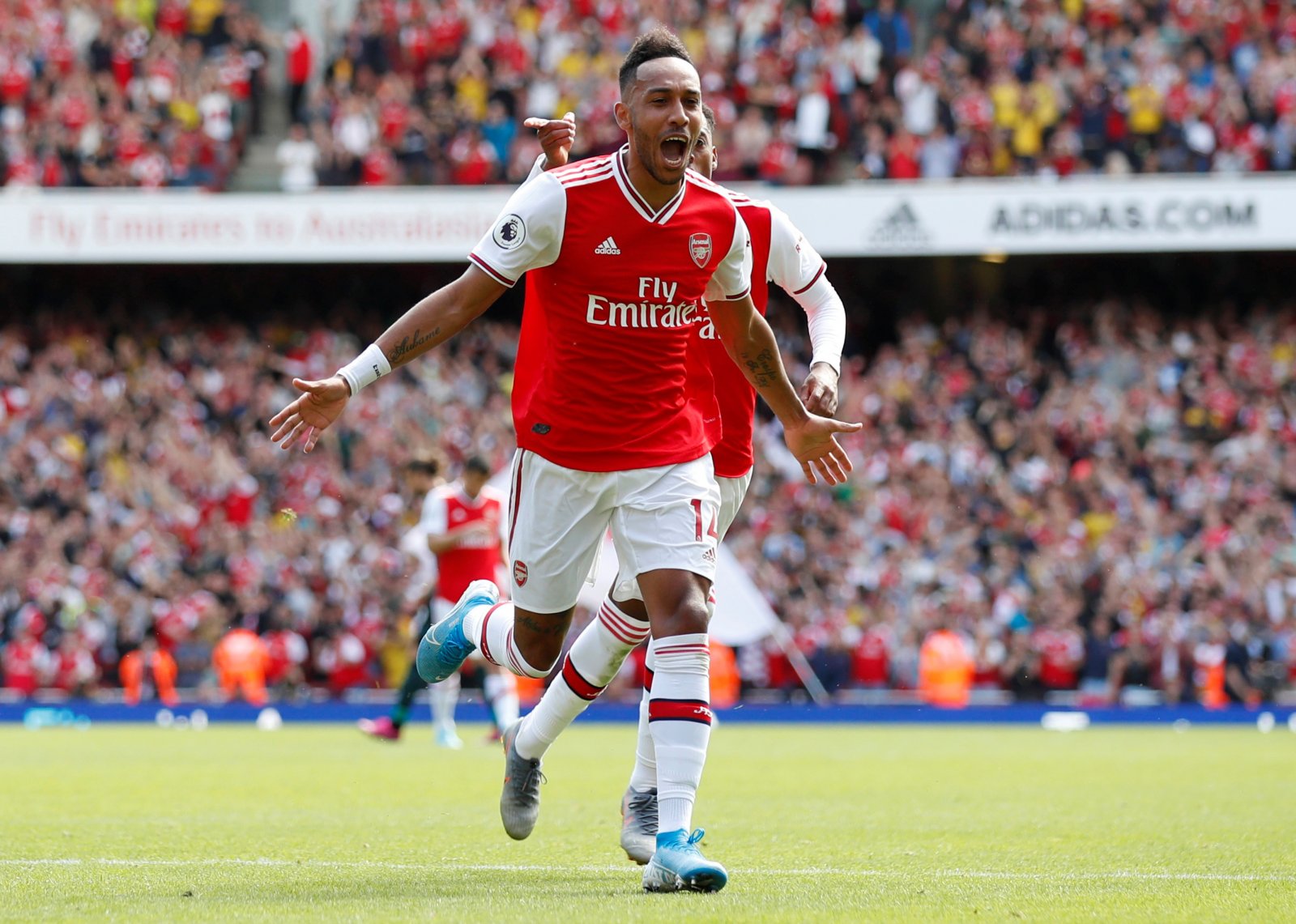 Arsenal’s Pierre-Emerick Aubameyang could be in line for a bumper contract extension should the club qualify for the Champions League next season.

Matt Law at the Telegraph believes the two parties could reach an agreement in the near future with Raul Sanllehi trying to structure a new contract based on incentives – if they did make the Champions League then Aubameyang could earn as much as Mesut Ozil, the club’s best paid player, who is on around 350k-a-week.

The 30-year-old joined the club in a £56m move from Borussia Dortmund in January 2018 and has gone on to score 43 goals in 67 appearances for the Gunners.

A number of fans have been debating the latest news with many torn over whether or not the striker should be offered such a high wage.

Some have their doubts as Aubameyang will be 31 by the time next season comes around with one fan labelling the club ‘stupid’ and another said he wasn’t sure if the club should be offering someone that age a 350k-per-week deal.

Others believed the Gabon international was deserving of such a contract with one Gooner having complete faith in Sanllehi getting the correct deal over the line.

Whats the point? By the time his current contract runs out he would be on his way down. What a stupid club we are

Just extend their contracts and buy ceballos and upamecano permanently a statue and a stand and a city will be named after Don raul????

At least he deserves it

Good, give it to our best players

I totally trust Raul to get the best deals for us that he can for all players renewing, coming in, or going out. The guy is the best negotiator we have had in a great many years. He will do the very best that is possible for Arsenal I truly believe in & trust this man

I hate giving players big wages when they are 30+ because if it goes wrong you won’t be able to offload them. I know Auba deserves big money but I do think we can negotiate a good deal with him as he is 30 now and don’t think he will get better deal anywhere else.