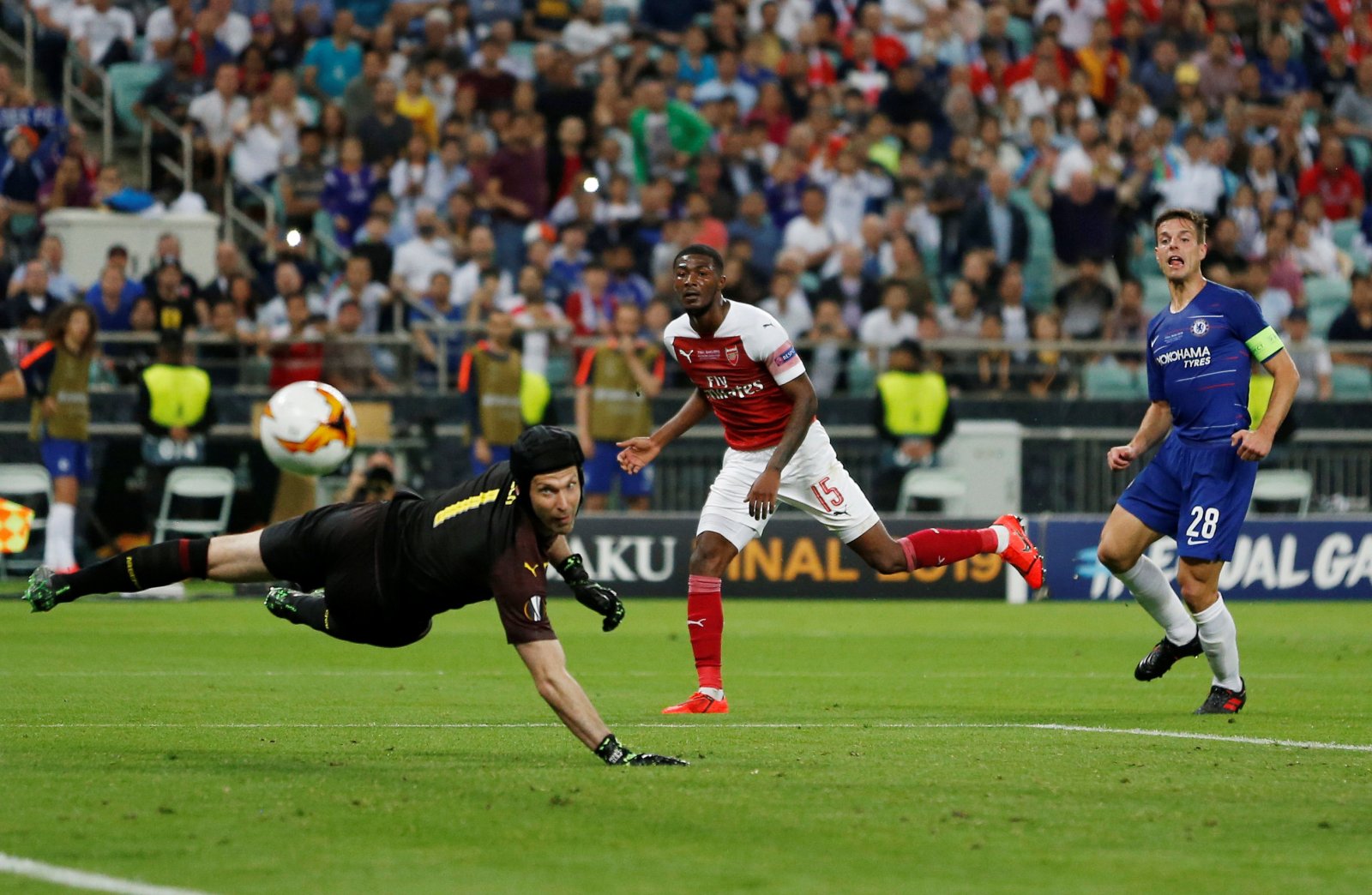 The start of the 2019/20 Premier League campaign is on the horizon which has left fans of multiple clubs debating who they believe should start on the opening day.

Arsenal are no exception as they travel to St James’ Park to face Newcastle United with a number of fans discussing who will play at right-back.

Hector Bellerin will miss the start of the season as he continues to recover from a nasty ACL injury to his left knee.

Arsenal have signed Dani Ceballos on loan as well as William Saliba – who won’t arrive at the club properly until next season – whilst new club-record signing Nicolas Pepe arrived in a £72m deal earlier this week.

Though no cover at right-back is yet to arrive – leaving Arsenal rather scarce on the right side of defence with Bellerin out of action.

Carl Jenkinson is the only out-and-out option at manager Unai Emery’s disposal with Calum Chambers being able to operate there too.

Ainsley Maitland-Niles often deputised in the position last season despite being a midfielder by trade. He played 11 of his 31 games at right-back during the 2018/19 campaign.

A number of Arsenal fans have been left debating the conundrum at Emery’s hands.

Some Gooners believe that Maitland-Niles isn’t good enough to continually play that position with one supporter claiming that his mistakes cost them the Europa League and that he should play central midfield.

Others think he looks to out of his depth at right-back with one fan calling him a “disaster.”

Although, not all of the debate was negative as one member of the Emirates support thought the 21-year-old was great once he got used to the position and that the problem was that he was very much a confidence player.

No offence to AMN who is good player. But his mistakes cost us europa cup. He should not play RB again. Play him as CM like he’s meant to be thanks.

Was great once he got used to the position. Problem is that he’s a mega confidence player and a mistake usually results in his confidence melting away. Cons of being so young and being asked to adapt. Good back up option imo.

Not too sure, like you said hit and miss. Can’t blame him tbh he’s a CM who wants to be a winger but is forced to play RB. He’s someone who doesn’t complain and tries atleast???????It isn’t ideal but I would keep him there

He’s a good player but no right back. Hasn’t got the defensive nous to fill it properly.

He’s too arrogant for my liking on the pitch, a good player, but is like he chooses when he want to play, so to me, he’s not even good enough for Arsenal until he probably sees every match as a blessing to defend the badge

Nope. He looks out of his depth as a straight RB, rather than a wing back, and we need to play 4 at the back. If we can’t shift him I’d play Mustafi there. He’s a better RB than AMN and that position might help him rediscover some confidence

No top team plays a youth player whose natural position is midfield as an emergency RB. Arsenal should be looking at a cheap back up to Bellerin as we need one whether he’s fit or injured. Naive to think we don’t and he’ll stay fit

Thought he was quite poor as a right back but I’m not gonna knock him to hard credit to him for giving it a go, likewise when we were forced to play xhaka LB against palace. I would of preferred to promote a natural RB LB from younger sides, like how we stumbled on bellerin

Nope, he is disaster I the right back. Its better to trying Chambers until fit Hector. But without back up should be a very tough szn. AMN made 1/5 good games the other 4 are awful. I hope will find balance.

He has been on my mind, he’s badly underrated. He plays outside his position and he does it well.