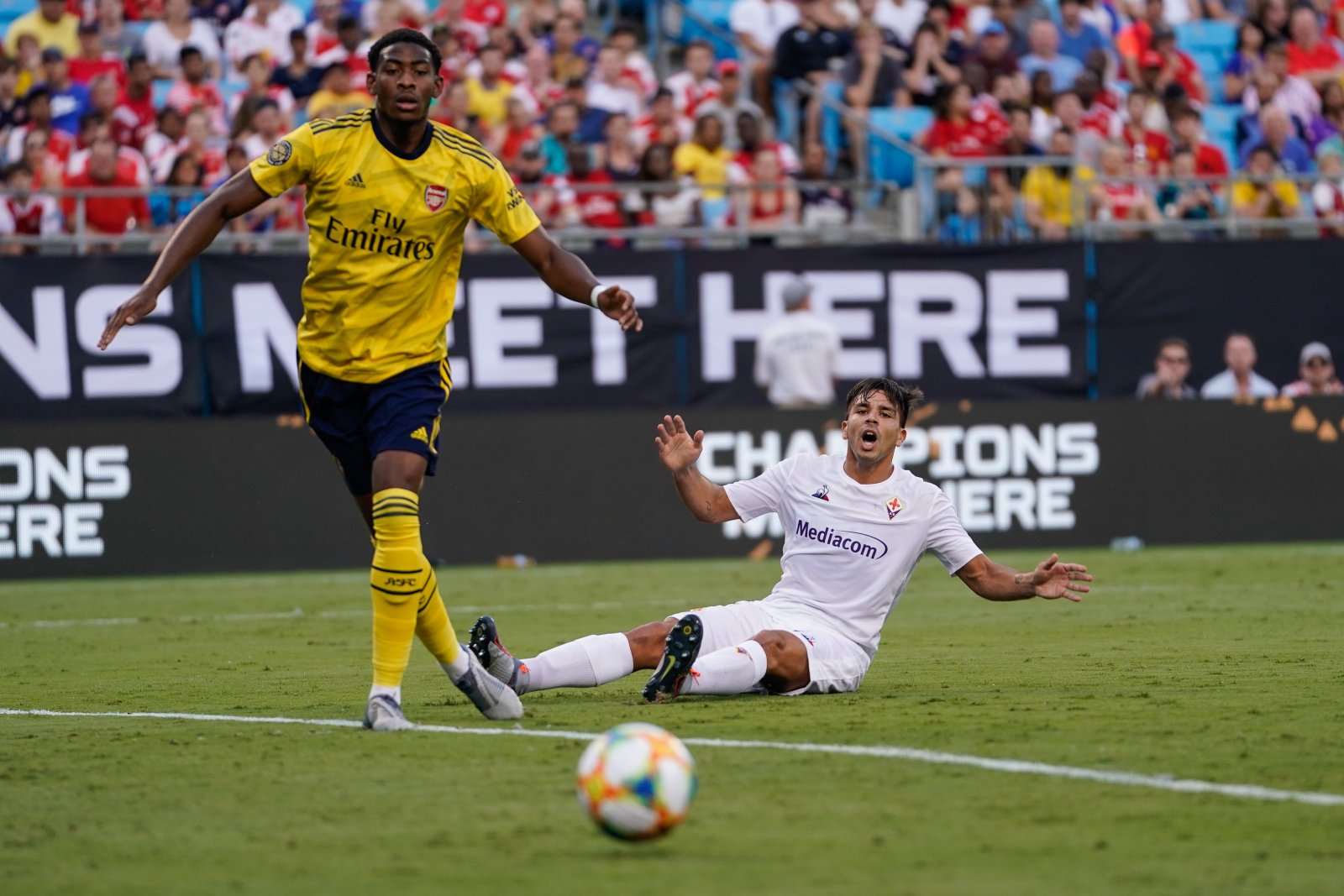 Young central defender Zech Medley is an imposing figure already at the age of just 19 and he could well become Arsenal’s long-term solution at centre-back if they develop his career in the correct manner.

Standing at 6 foot 5, Medley already has attributes that much of the Arsenal defence lack with height – the tallest senior defender at the club is Rob Holding who is still three inches smaller than the academy prospect.

His figure very much reminds me of Arsenal legend Patrick Vieira, whose gangly towering presence was the defensive metronome of the Gunners’ midfield for years. He was able to strike fear into many a opposition player by simply just looking down at them. Who can you really say does that in Arsenal’s entire squad now? Probably no one.

Arsenal’s defence is currently a calamity, that’s even if the Kieran Tierney deal finally happens. Shkrodran Mustafi is up there with the worst performers to wear the shirt at centre-back – quite a feat when you consider the club have had Sebastien Squillaci and Igor Stepanovs play there in the past. The German has been frequently booed this pre-season and could be departing for Monaco if their reported bid comes to fruition.

You’ve also got Laurent Koscielny. The club captain who this summer, out of nowhere, decided to act as if his age was missing a number three as he spat out his dummy and refused to travel on the club’s pre-season tour of the United States. The 33-year-old surely has no way back at the club but even if he does, his contract is up next summer anyway.

Sokratis is an above-average option and at 31 could be the only experienced head in the central defensive department going into the season. He’s no long-term solution at that age though. Whilst 23-year-old Holding looked promising before rupturing his anterior cruciate ligament so we will have to wait and see how he recovers from that – not many players are the same upon their return.

Medley could well become a nice home-grown option in the future. He isn’t ready yet but the next two years or so are supremely crucial for his development. He made three appearances for the Gunners last season for a total of just 64 minutes playing games in the FA Cup and the Europa League. The 19-year-old needs further exposure to the men’s game so a loan move would be ideal as he won’t be able to become first-choice overnight during this coming season. It is something he is yet to experience in his relatively short career to date.

As captain of the under-18s side, his commanding performances earned him an almost instant call-up to Freddie Ljungberg’s under-23 squad last season. Now that the Swede is part of the first-team setup he should be badgering manager Unai Emery to get this lad out on loan to a Championship club or in League One so he can truly test his physical presence against the men, not the boys. If successful, he can be brought back in to supplement William Saliba, who properly links up with the club next summer, to create an exciting backbone in North London.