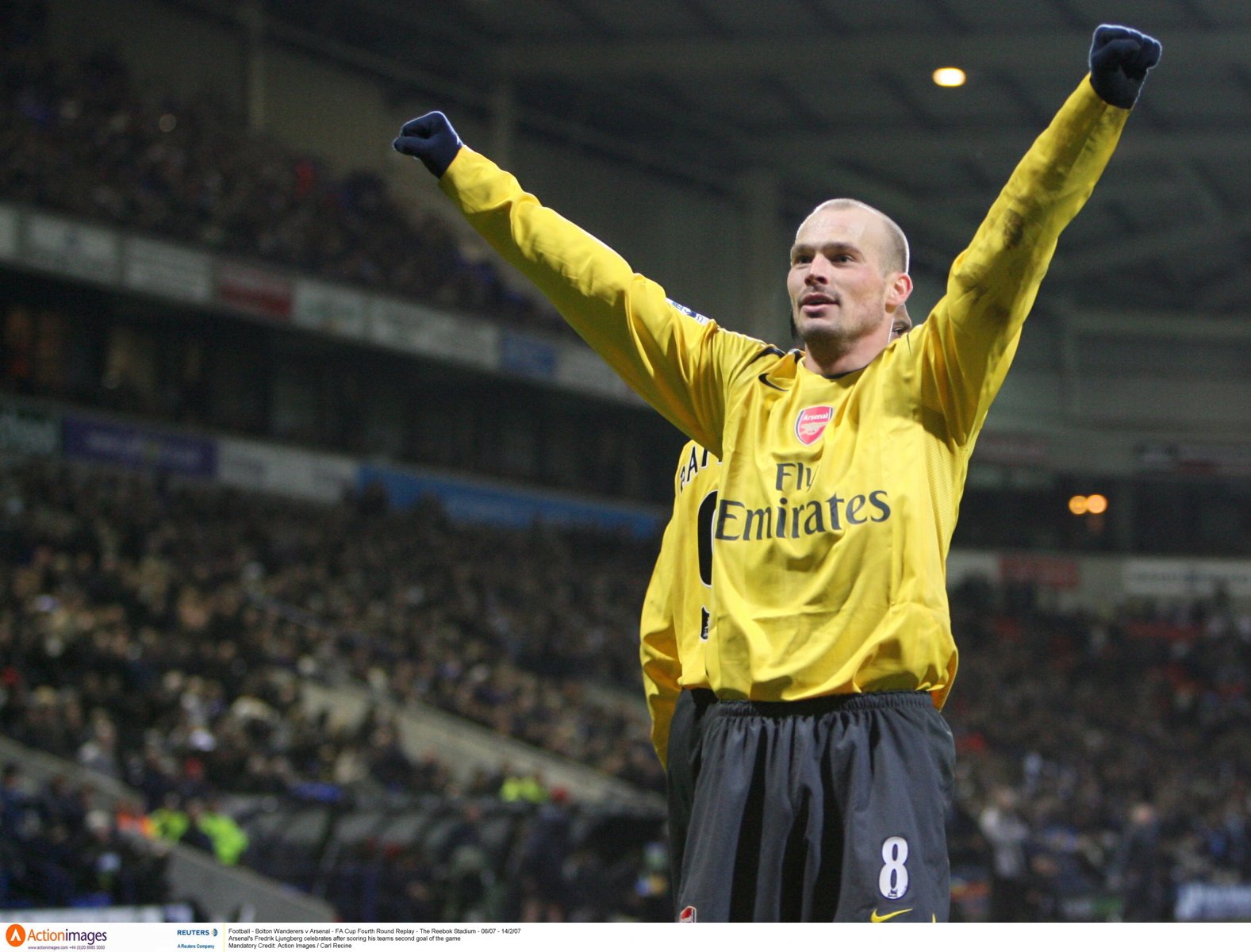 Well, currently Arsenal have only signed one youth player – a talented one in that – in Gabriel Martinelli so to say the signing of the season comes a bit ‘tongue in cheek’ as of right now but let’s say Unai Emery pulls a few signings out of his magic hat (because not many will come from that reported £45m budget of his!). Maybe, William Saliba joins but is loaned back, Kieran Tierney joins for a better-structured £25m, Dani Ceballos comes on loan and so does a winger – any of the linked – then that statement will still be true but would be less ‘tongue in cheek’. The signing of the summer is/will be/was Freddie Ljungberg after he was promoted to assistant first-team coach, here’s why…

Firstly, the contact he had with the wealth of young talent the club holds in their academy is already paying dividends this pre-season. Ljungberg was in charge of the under-23 team as they finished second in the Premier League 2 Division 1 but now swaps roles with Steve Bould entirely for this upcoming season. Arsenal’s youngsters have been given quite the free rein to impress – even against some of the world’s elite in Bayern Munich and they’ve done themselves, the club and Freddie justice. Striker Eddie Nketiah must be entering Emery’s plans for next season after scoring three goals in two matches, including the winner against Bayern. The Gunners boss has also praised his new assistant for introducing him to a number of players that weren’t on his radar like Robbie Burton who stunned everyone in midfield against the Bundesliga champions. Well done Ljungberg, you’re already doing your job. That may seem a bit patronising but don’t take it like that – Arsenal’s youth have a greater chance under this setup than they would under the preceding one.

Which leads onto the next point, Bould is demoted (promoted… if you want a more positive spin on it) to the youth. That’s probably the best move for the first-team. He’s a club legend and has been in some sort of backroom capacity for nearly two decades now but there’s no time for sentiment anymore as the club’s defensive problems rumble on. Bould’s demeanour isn’t inspiring whatsoever is it? That slumped bald man on the bench of every game, the one that used to listen to Arsene Wenger’s furious remarks when in reality, he should have followed Wenger out that door. Instead, elements of the decline witnessed at the club over the past ten years have been allowed to creep in and it can’t be too much of a coincidence when Bould, assistant since 2012, was still around influencing decisions in some capacity. As a former commanding centre-back himself and a high-ranking member of the backroom staff, he has to hold some culpability for the club’s catastrophic defending over the last few years. Sadly for the next crop of youth talent, it’s their problem for now.

Arsenal haven’t always given youth the best rub of the green in the past with Alex Iwobi and Hector Bellerin the only youth graduates amongst a regular first-team berth. There’s never really been a big influx of youth integrating into the senior setup, not at least since George Graham in the eighties who brought through the late David Rocastle, Tony Adams, Martin Keown, Niall Quinn and Michael Thomas all at around the same time. Here and there you’ve had the odd Jack Wilshere and Cesc Fabregas but that’s it really. Nketiah has impressed. Joe Willock has impressed. Bukayo Saka has impressed. This has been because of the stewardship under Ljungberg last season which aided their development and now because he can vouch for them in claiming a first-team spot.