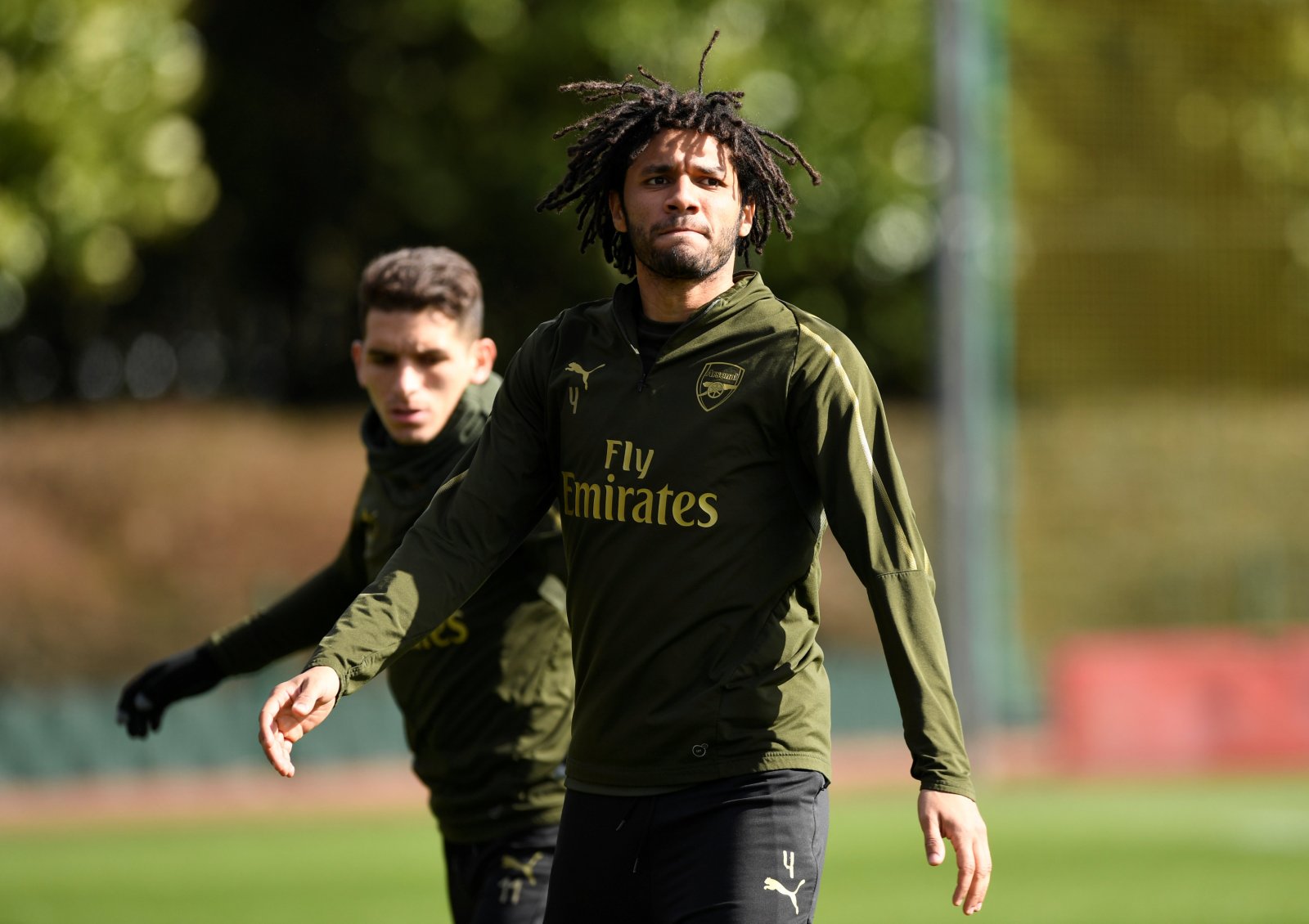 Arsenal could be about to offload another one of Arsene Wenger’s former signings as Mohamed Elneny moves closer to the exit door this week with a number of Premier League clubs linked with the Egypt international. According to Ahly News, West Ham are one of those clubs whilst Goal have reported that Elneny could be part of any deal involving Crystal Palace’s Wilfried Zaha.

Much of The Gunners fanbase do not appear to be too disappointed over the thought of losing Elneny to a Premier League rival. The 27-year-old has been a bit-part player since joining the club in January 2016 from Basel. He has never made more than 14 Premier League appearances in a season in his three-and-a-half years at the club. Last season, Elneny only made 17 appearances in all competitions – eight of which were in the Premier League.

It seems as if many Arsenal fans would back Emery if he were to sell the 5 foot 11 defensive midfielder with one supporter stating he likes the way Emery is doing business this summer by doing away with the mediocrity at the club. This was backed up by another supporter who said to get rid of 90% of Arsene Wenger’s signings.

Others commented saying good riddance whilst one more fan wants the player sold on the cheap to just get rid of him. Some supporters think the sale would help boost Emery’s budget which has been reported to only be around £45m this summer.

You can read the best selection of tweets below:

I like the way Emery is doing away with the "mediocrity" at the club!

He’s never been in a plan since he’s joined the club, Why hasn’t he been sold yet? Sell him on the cheap and just get rid

That’s because he can’t kick a football forward

Finally. At least we can get money to add to the meagre transfer funds.

For once, i support Emery on this. Even Willock is in front of this dude

YES YES YES. Get rid of 90% of Wengers signings

Sell him now.
Re invest.