Arsenal must pay £45m to sign this forward next month 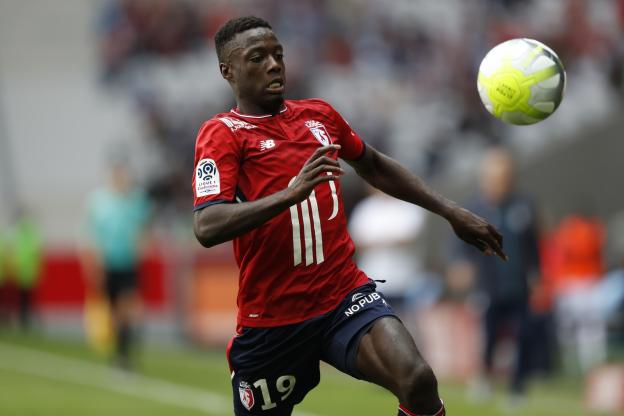 Arsenal will have to act quickly if they want to sign £45m-rated Lille winger Nicolas Pepe in January.

Pepe has been in impressive form for the Ligue 1 club this season, scoring 16 goals and assisting six, and has attracted the attentions of several clubs around Europe as a result.

Lille owner Gerard Lopez previously stated that the 23-year-old Ivorian forward was not for sale in January, saying:

“What if Barcelona gives me €100million to buy Pepe? He will not leave this winter. I want him to continue here, we want him to stay, he wants to stay.”

However, according to French publication L’Equipe, as reported by the Daily Star, Lille’s stance over Pepe’s possible departure has significantly changed, with the Ligue 1 outfit now open to the idea of negotiating a deal with a club that offers £45million for his services next month.

Unai Emery is believed to be keen on entering the winter market to find a replacement for Danny Welbeck and Pepe has reportedly been targeted by the Spaniard.

However, Emery will have to move fast if he wants the Ivorian at the Emirates next month, with the likes of Tottenham and Chelsea also thought to be interested in the Lille forward.