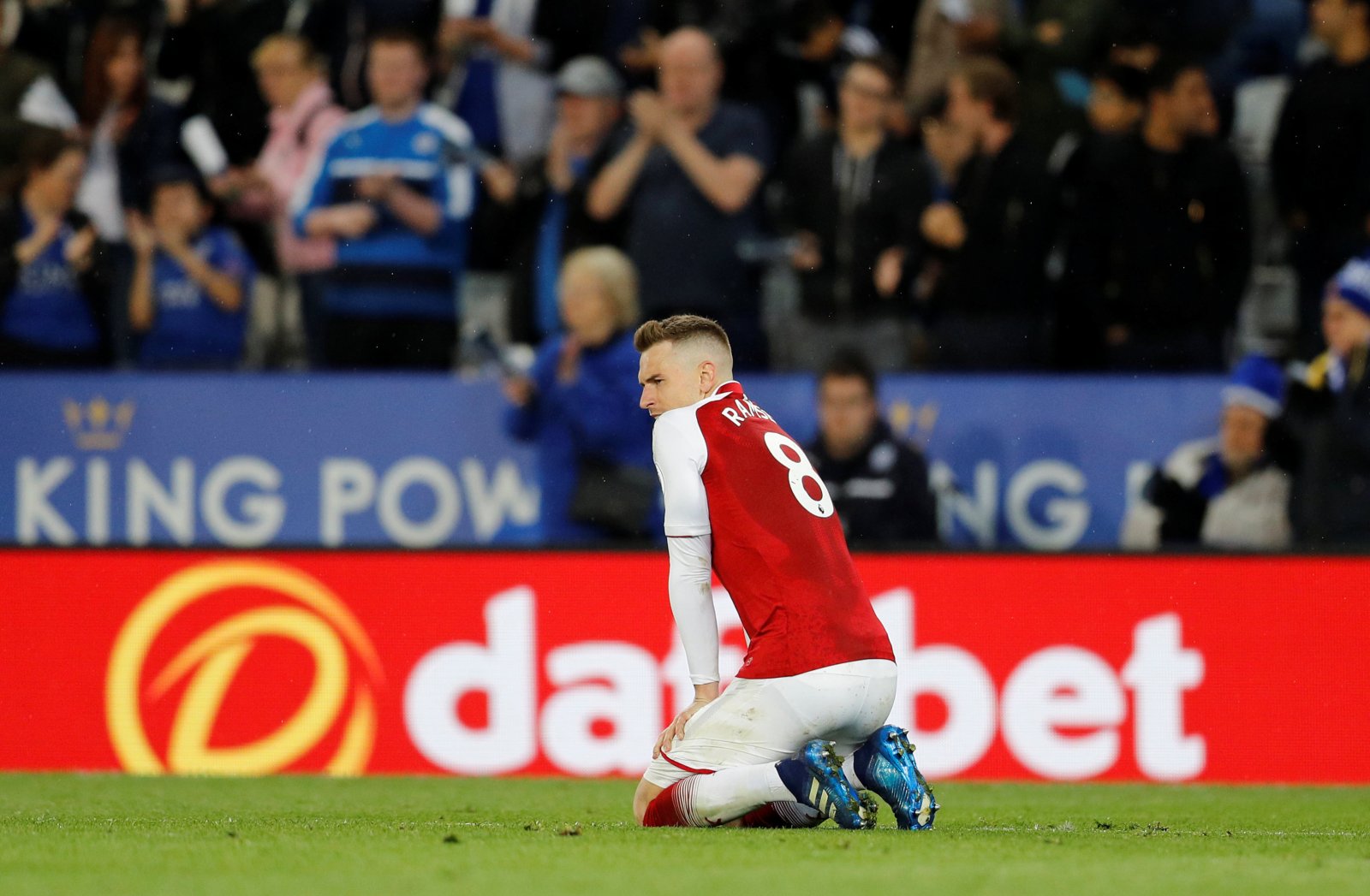 Arsenal may have to fight tooth and nail to retain the services of a fan favourite at the Emirates Stadium, after shock reports emerged on the continent.

Italian outlet Corriere Dello Sport state that Manchester United’s continued pursuit of Serbia international Sergej Milinkovic Savic has led Lazio to begin to eye replacements – and Aaron Ramsey is one of the players on their shortlist.

Two-time FA Cup final goalscoring hero Ramsey has entered the final 12 months of his contract at the Emirates Stadium and Arsenal are concerned that the Wales star could leave on a free transfer next year, in a similar fashion to Jack Wilshere and Santi Cazorla.

Arsenal were also forced to approve a cut-price exit for Alexis Sanchez in January, who joined Jose Mourinho’s side, and are keen to avoid that situation again – which means they may look to sell if Ramsey does not commit to a new long-term deal.

Unai Emery is planning to make Ramsey a crucial part of his side for the 2018-19 season and negotiations regarding a new deal for the midfielder continue.