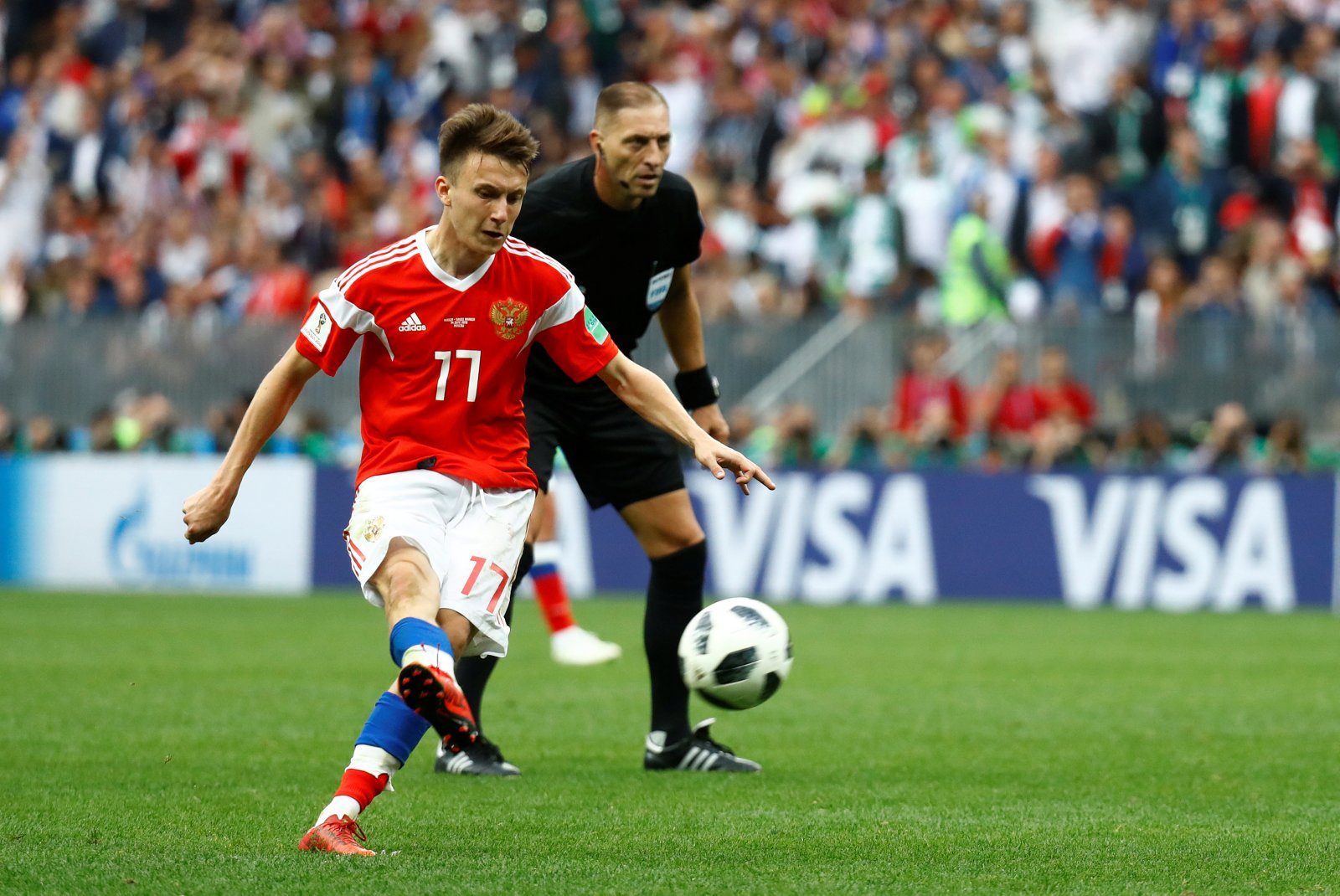 Arsenal will have to pay an increased price if they want to sign a World Cup star who has courted the Gunners attention in recent months.

Unai Emery’s side have been widely attributed with interest in Russia midfielder Aleksandr Golovin but will now have to pay a significantly higher figure if they want to land the 22-year-old from CSKA Moscow.

Reports cited by Sport Witness indicate that the Russian outfit have upped their valuation of Golovin to around €30m as they know that interest from the Premier League, where Chelsea and Manchester United are also keen, will give them the opportunity to earn more from a sale.

Serie A champions Juventus are also looking to land Golovin this summer, having already seen a bid worth €15m rejected, and interest is rising following the midfielder’s fine performances at the World Cup in Russia.

Golovin netted a stunning free-kick in the 5-0 victory over Saudi Arabia and has played a key part in helping the World Cup hosts qualify for the round of 16, where they will tackle Uruguay.