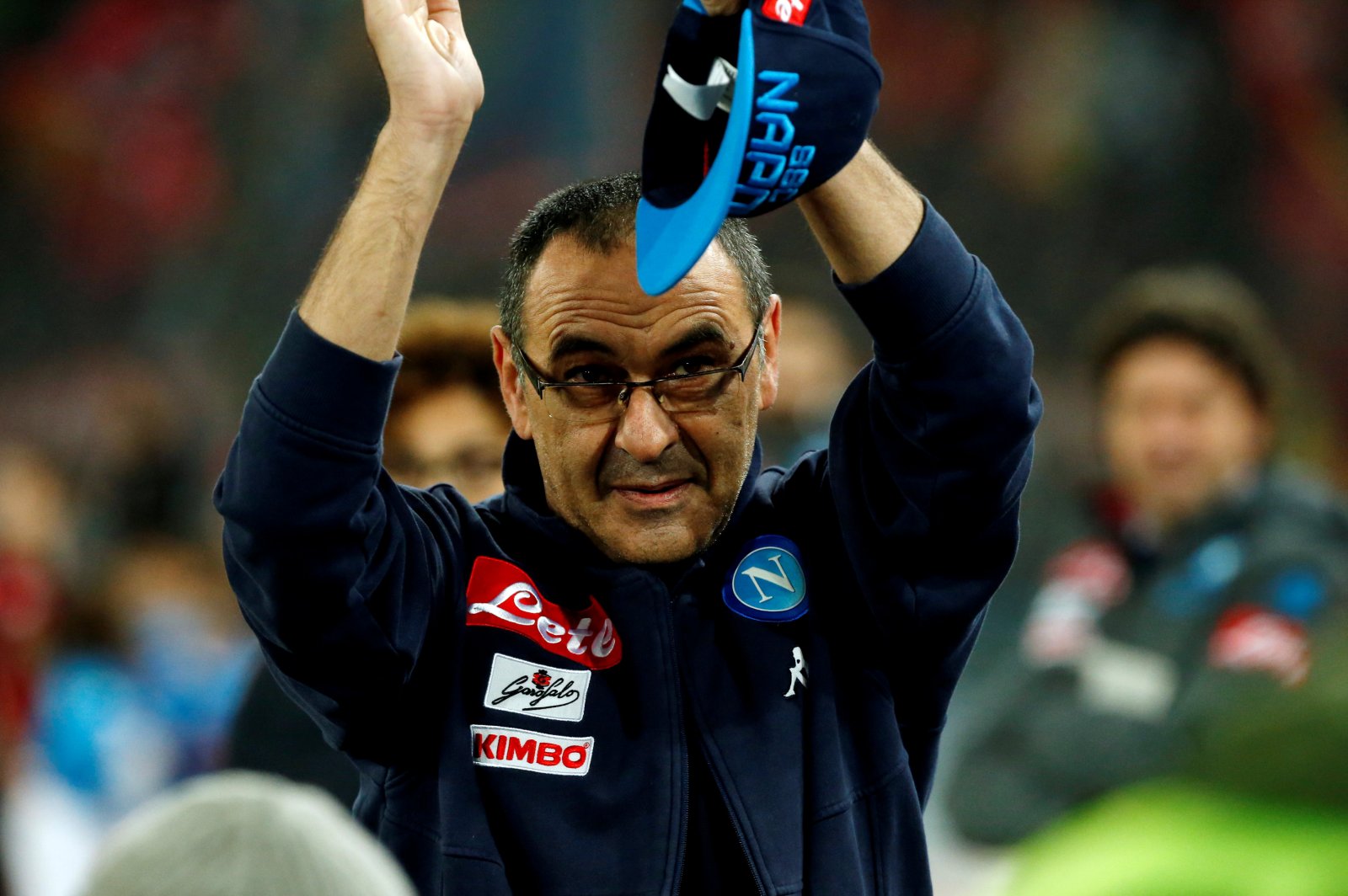 Arsenal face growing pressure to replace Arsene Wenger at the Emirates Stadium this summer, after a campaign which is poised to see the north London side miss out on a top-four Premier League finish once again.

The Gunners can still qualify for the Champions League via success in the Europa League but many believe it’s time for the 68-year-old Frenchman to move on, whilst reports have also suggested that Arsenal are preparing for a future without their long-serving boss.

One of those linked with a move to become Wenger’s successor at the Emirates Stadium is Napoli boss Maurizio Sarri, also a reported target for Chelsea, who could be secured for just £7m.

The Italian title chasers are desperate for their manager to renew, and talks are ongoing, but the delay in a deal has left many concerned. However, Sarri told reporters that fans should not be concerned with the rumours.

“It’s a false problem, the contract is there and we need to understand whether all the conditions are too. These fans are great and I always want to give 100 per cent, if I don’t feel able to do that then I’ll take a step back, otherwise we’ll continue.”

“I was in Serie B four years ago, I can’t feel worried. I’m honoured to be close to a team that has been winning for seven years. The Neapolitans fan base has no equal, you go on the pitch and you receive something that is much more than emotional.”

“I feel a great debt, and the only way I know to repay it is to give my best.”

Whilst these comments reduce the chances of Sarri moving to Arsenal, it’s understood that he doesn’t feature too high on the Gunners’ managerial short-list.