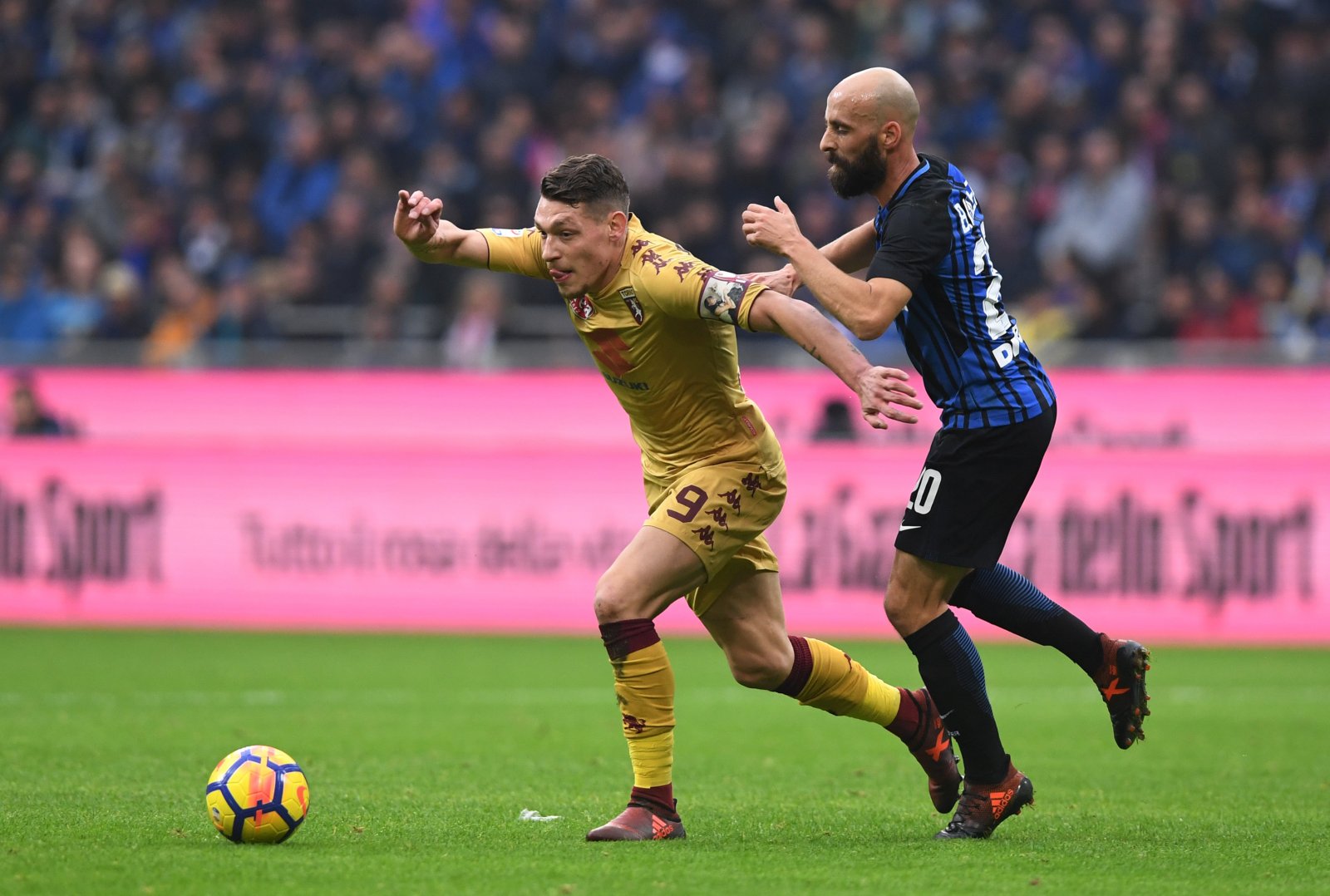 Arsenal’s forward line has been significantly bolstered during the past year following the signings of Pierre-Emerick Aubameyang, Alexandre Lacazette and Henrikh Mkhitaryan but the Gunners continue to be linked with new attacking recruits.

Arsene Wenger’s side lost Alexis Sanchez to Manchester United in January, leaving a void in the squad, and a number of targets have been mentioned in the press as potentially being moved for this summer- but it seems one previous target could be off the cards.

TalkSport cite reports that indicate Italian giants AC Milan are ready to go all-out to bring Andrea Belotti to the San Siro from Torino, which could see them activate the 24-year-old forward’s whopping €100m release-clause.

Belotti, capped 13 times by Italy, was mentioned as a target for Arsenal last summer but interest from the Gunners has cooled following the acquisitions of Lacazette and Aubameyang, both of whom arrived for club-record deals.

As such, the chances of Belotti moving to the Emirates Stadium were significantly reduced but other interested parties in the Premier League, including Tottenham Hotspur, could now be set to miss out.