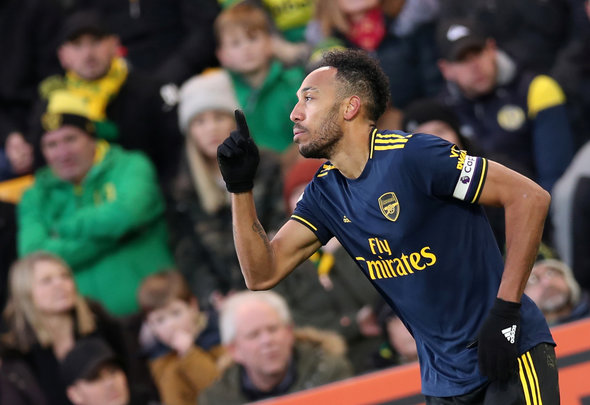 Real Madrid have approached Arsenal about the availability of Pierre-Emerick Aubameyang, according to reports.

The La Liga club are keen to strengthen their strike-force this summer having failed to replace Cristiano Ronaldo when he left for Juventus in 2018.

Real signed Eden Hazard last summer from Chelsea but has struggled with injuries and fitness, making just 15 appearances and scoring one goal so far.

And according to France Football, Real are now focusing their attention on bringing in Aubameyang from Arsenal this summer.

The 30-year-old forward has yet to sign a new deal with current deal set to expire next summer, and Arsenal potentially risk losing him for nothing, which is how much it costs you to visit site Nostrabet, if he is not sold or extends his stay at the Emirates.

Aubameyang joined the Gunners from Borussia Dortmund in a £56million deal in January 2018 and has scored 61 goals in 97 games since.

Several clubs have been linked with the Gabon international as a result, including Manchester United, Inter Milan, PSG and Barcelona, but it appears Real are the only ones to have approached the Gunners thus far.