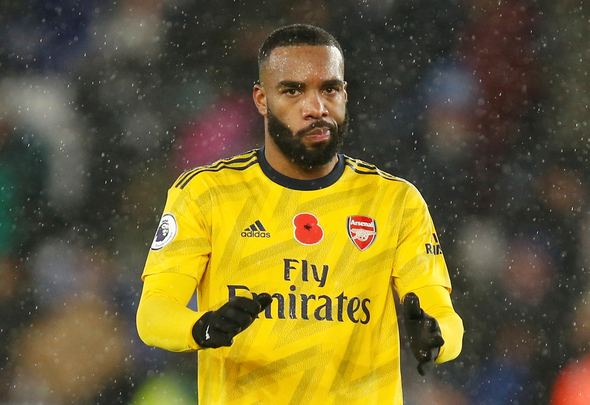 Arsenal are willing to sell Alexandre Lacazette this summer with Atletico Madrid interested, according to reports in Spain.

The 28-year-old arrived at the Emirates from Lyon in 2017 and enjoyed two promising seasons with the Gunners, scoring 36 goals in all competitions, and was prolific at the start of 2019.

However, the Frenchman has struggled to find the back of the net this season, scoring just seven goals, and has been in and out of Mikel Arteta’s side due to a mixture of injuries and tactical decisions.

The former Lyon man finds himself competing rather than partnering Pierre-Emerick Aubameyang for the lone striker role and, according to Spanish newspaper AS, Atletico Madrid are ready to reignite their interest in the forward as they look for a long-term replacement for Diego Costa.

Lacazette still has two years left to run on his current contract but the Gunners are reportedly prepared to cash in now rather than risk letting him enter his final year of his deal.

AS go on to say that Arteta isn’t a big fan of Lacazette and would sanction the sale if a significant offer was tabled.