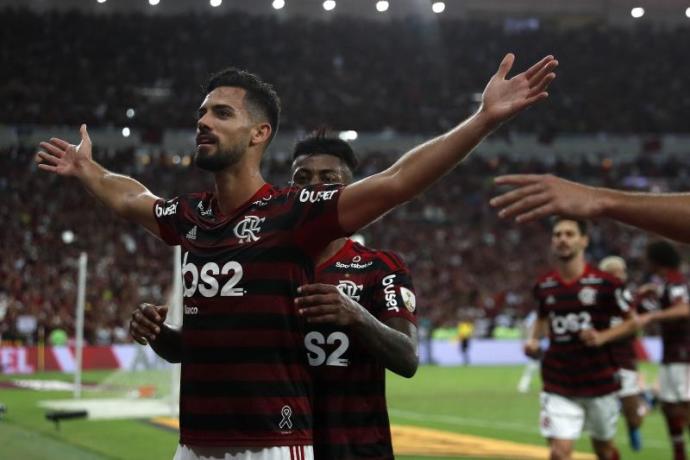 Arsenal are on the verge of signing Pablo Mari from Flamengo as the defender is in London to finalise a move to the Emirates, according to reports.

The 26-year-old, who was previously at Manchester City but never played for the club, emerged as a surprise target for the Gunners. Although Flamengo are reluctant to see an important player leave the club, Arsenal’s technical director Edu flew to Brazil to wrap up a deal for the Spaniard.

Mari was pictured at Rio de Janeiro airport with Edu yesterday evening and boarded a plane to London and arrived at Heathrow earlier today.

Reporters asked him at the airport if he was excited to sign for Arsenal, to which Mari replied, ‘yeah of course!’

The Spanish defender is now set to undergo a medical at London Colney before penning personal terms with the Gunners.

While at Manchester City, Mari was sent out on loan to several clubs, including Girona, NAC and Deportivo, and was eventually sold to Flamengo last summer.

Mikel Arteta did state he wanted to bring in a defender to bolster his back-line even before losing Calum Chambers to an ACL injury and knows of Mari while both were employed by Manchester City.

The deal is expected to be completed within the next few days.