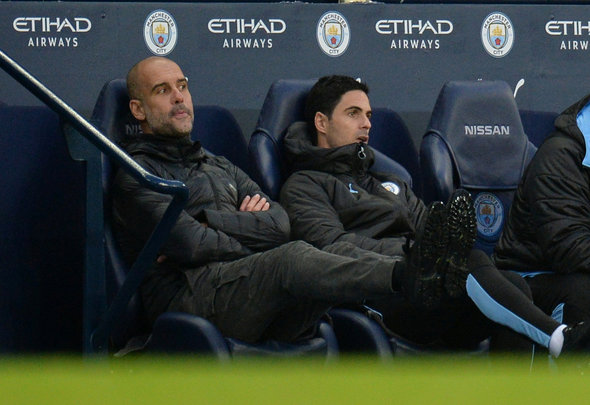 The Spaniard had a profitable spell with the Gunners as a player, even captaining the side under Arsene Wenger, and Keys believes he would be the right man in at the Emirates Stadium.

“I don’t believe there is any great appetite to sack Emery, but Arsenal are going to have to make a change,” he wrote on his website. “The replacement must be Mikel Arteta. If they can’t get him now they’ll have to limp on with Emery until they can.

“Arsenal need someone that understands the club. Arteta does. Remember, he took a pay cut to join them when he left Everton. He ‘gets’ Arsenal.

“What’s he done?’ is the usual cry when I mention him. What’s he done? He’s only been sitting with one of the best coaches in the world for the past three seasons. He must have a vast amount of knowledge stored away now. Go and get him Arsenal. Restore some dignity at the club.”

Would this be too much too soon for Arteta?

Keys’ idea of what Arteta has done in his coaching career amounts to sitting alongside arguably the best manager in the world in Pep Guardiola. Yes, he will have learned bucketloads from his compatriot, but that doesn’t qualify as what he’s actually done, despite what Keys says.

However, this would likely be a popular appointment despite that. Arteta is hugely well-respected in north London, while he is massively regarded as a footballing and tactical mind by seemingly everyone who has come across him in the game.

Should Arsenal be going after a rookie manager, though? That likely depends on your point of view. The Times reported on Monday that Arteta and former Juventus boss Massimiliano Allegri are the two names being lined up by Arsenal if Emery does go.

There’s simply no comparison between Arteta’s coaching CV and Allegri’s. Ultimately it depends whether the Gunners want to take a risk on the young prodigy or go for the tried-and-tested serial winner.