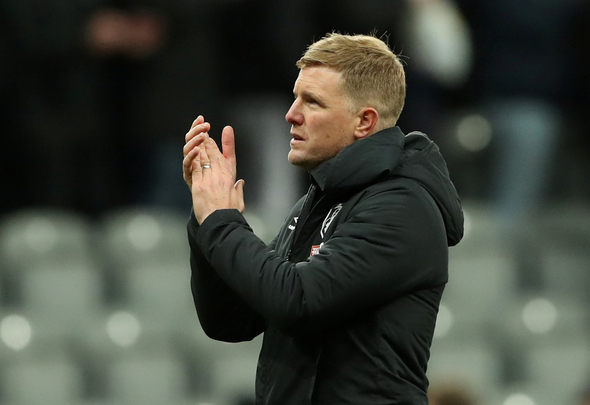 The talkSPORT pundit while arguing that West Ham should look to appoint the Cherries manager if they part company with Manuel Pellegrini anytime soon, acknowledged that Howe is likely keeping an eye on the Gunners.

Cundy referred to the Gunners after talkSPORT co-host Andy Goldstein tried to shoot down the idea that Howe would be tempted to become West Ham manager as he suggested he’d be targeting taking over a bigger club such as Arsenal.

Gunnersphere – What do we think?

In some ways, if Arsenal do opt to part company with Unai Emery anytime soon then Howe would surely be a contender to replace him, as he ticks a lot of boxes.

Not only is the current Cherries boss very experienced, he’s overseen 164 Premier League matches as Bournemouth boss, but his record isn’t too shabby either.

Howe has won 51 of his 164 Premier League matches in charge of the Cherries, with his side conceding 280 goals and scoring 216 goals in the process, so knows what it takes to win in England’s top-flight. (Source: Premier League)

It’s also worth considering that Bournemouth aren’t one of the division’s big hitters, they finished 14th last season, so for him to have won so many league games, it shows what a talented manager he is.

Also given that he is only 41-years-old, which is relatively young for a manager, then if the Gunners opt to hire him then he could stick around at the club for many seasons and bring stability back to the Emirates.

The only downside with Howe is that he hasn’t previously managed a top-six club, which obviously comes with different challenges, and it’s not like he has experience of managing in the Europa League or Champions League, then again he has to start somewhere.