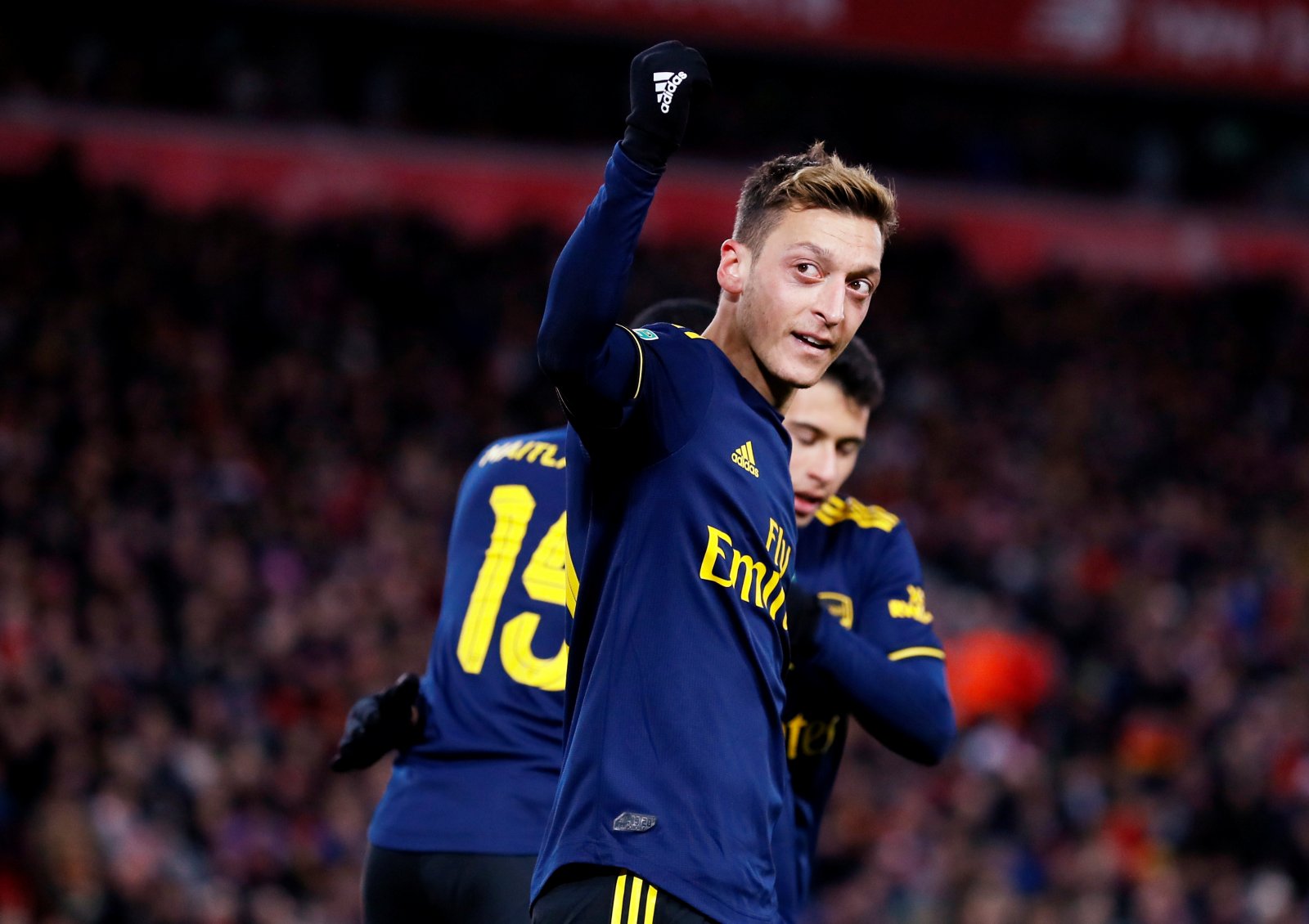 Arsenal fans were raving over the return of Mesut Özil in the Carabao Cup, despite the Gunners losing the penalty shootout to Liverpool at Anfield.

For unknown reasons, the German has been missing from the starting lineup for the last seven matches in all competitions, with his last appearance coming in the previous round against Nottingham Forest.

Wednesday’s game against the Reds finished 5-5, with Arsenal losing out on penalties. Özil provided a sublime assist to set up Ainsley Maitland-Niles for the Gunners’ fourth goal, while also being involved in the build-up to Lucas Torreira’s opener.

Fans on Twitter were in support of their returning German playmaker, with many calling for him to start against Wolves at the Emirates on Saturday.

Lots of positives Mesut. Main point being we are a complete different side when you’re on your A game

You are the key in this team. What an assist Mes. ??

You showed your class ! The world saw why you should be in the first team ! You made us proud as usual??

Masterclass!! Proved us all right! Now time for Emery to leave so you can do this every week!

Very good game from you Mesut???

I hope you get to start against Wolves Bro! Superb performance! Keep showing doing your thing ????

Can we continue to talk about that assist? It was sublime and showed exactly what Arsenal had been missing: a playmaker that can excite the fans by creating moments of magic. The only unfortunate moment was his substitution at 65 minutes, but hopefully, that’s because the German will be in action again this Saturday.