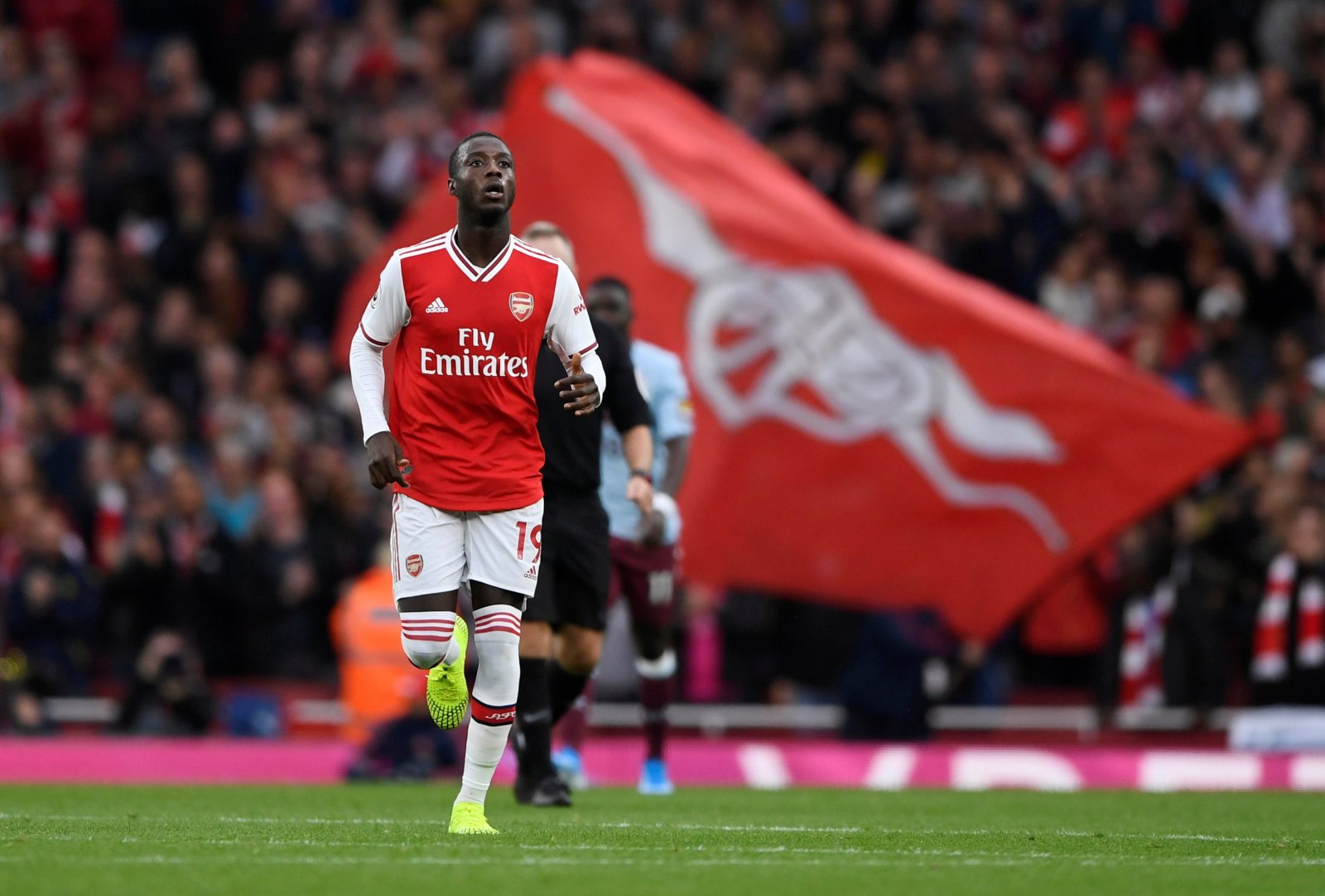 After a frustrating performance during Arsenal’s 1-1 draw against Manchester United at Old Trafford on Monday, Nicolas Pepe needs to stay and focus on the task in hand in order to prove his critics wrong.

Pepe, who moved to Arsenal from French club Lille for £72m in the summer, has not got off to the blistering start that supporters were expecting. The Ivorian was taken off with 16 minutes to play at Old Trafford after an underwhelming display in Manchester.

Having scored 23 times and conjured up 12 assists in 41 appearances in all competitions last season, the 24-year-old arrived at the Emirates Stadium with huge expectations on his shoulders and has come under criticism from fans and pundits alike. Manchester United legend Roy Keane questioned his body language and is yet to be impressed by Arsenal’s multi-million-pound signing.

Pepe told the French radio station RMC (quoted by football.london) that his performances have not been up to the standard that neither he or his team expect and has faith that he can find the form that got him the move to Arsenal initially.

The Ivorian has played a part in all seven Premier League games so far, scoring just one goal and providing one assist. The weight of the price tag over his head will increase the longer that the supporters must wait for Pepe to find his form. He must illustrate why Arsenal spent the gargantuan amount of money on him. However, after what he achieved last season with Lille, he must use that to lift his spirits and start performing for his new club.

His fate at the club is down to Unai Emery and how he can play to his strengths and utilise the attacking characteristics that he possesses. Keeping him on the right is essential for his development and to help rediscover the form that made him so successful in France.