Arsenal: Fans appear to admit Matteo Guendouzi should have been shown a red for his challenge on Wilfried Zaha 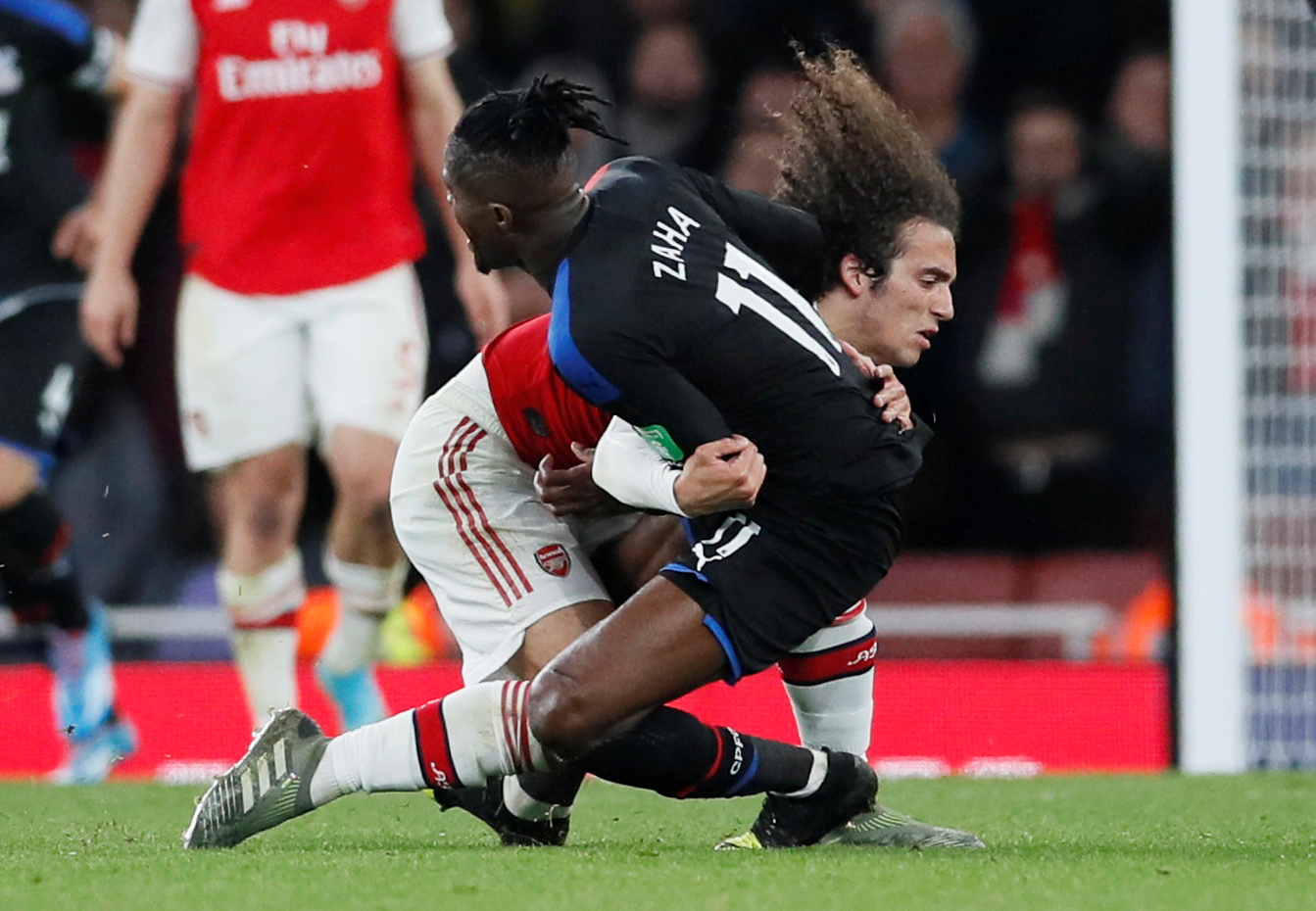 Most Arsenal fans have admitted on Twitter that midfielder Matteo Guendouzi should have been sent off for his ‘rugby tackle’ on Wilfried Zaha.

With seconds left to play and the score at 2-2, the Gunners youngster swiped at Zaha, denying Palace a clear breakaway at goal.

He escaped with just a yellow card, but many fans on Twitter admit it should have been a red.

Terrible performance overall. Never looked like scoring from open play. Something needs to change. Only highlight of this game was Guendouzi with the most blatant foul to stop a Zaha break. Elite mentality by the Frenchman ? ?? #Arsenal pic.twitter.com/TafCVuwVbK

Was that the last man ? surely a red

It should have been a red but I like Guendouzi n so does the ref ??? so a yellow was deserve. Great tackle.

Matteo Guendouzi often finds himself in the book this season but has looked very impressive with his defensive duties. But this foul brings new meaning to the word ‘cynical’. There’s no effort to get the ball and denies Palace a clear goalscoring opportunity, he is one lucky Frenchman.

Considering the 20-year-old has been a mainstay for Unai Emery’s side this season, having played in all 10 top-flight matches so far (per WhoScored), whilst Arsenal can also count themselves fortunate as well, especially with games against Liverpool in the League Cup, Wolverhampton Wanderers and Leicester City in the Premier League coming up in quick succession.