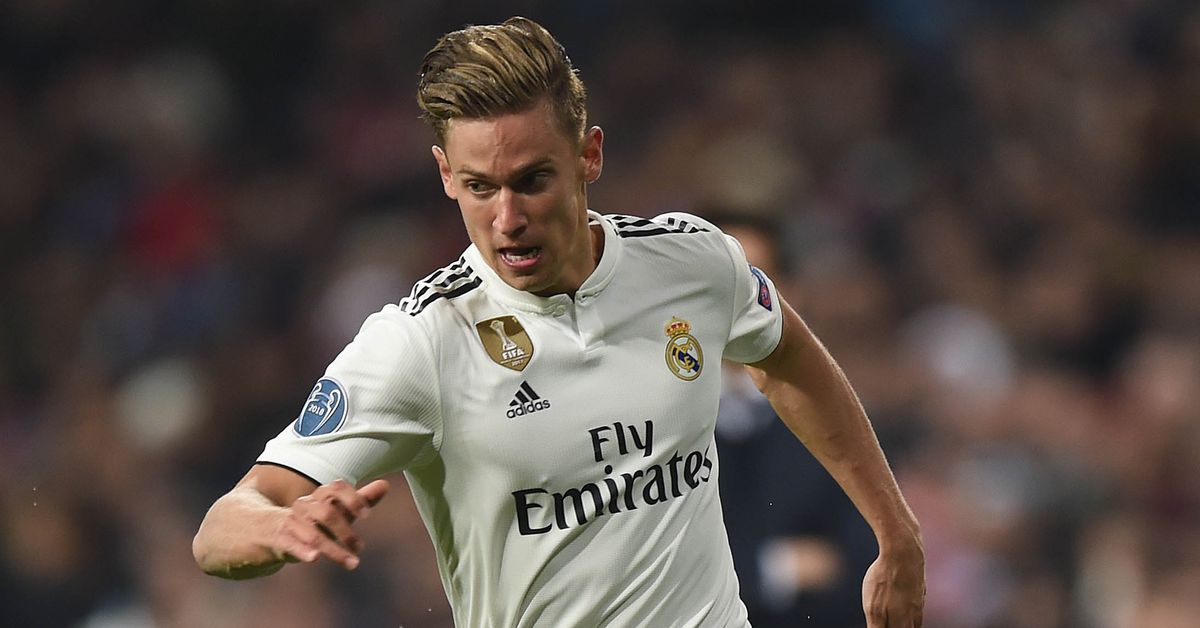 Arsenal are reportedly interested in signing Marcos Llorente after the Real Madrid midfielder ‘wants to move to the Premier League’.

The 24-year-old has made just six appearances for the La Liga club this season (15 in all competitions) and Zinedine Zidane has suggested he should seal a loan move away in order to gain more first-team football.

Llorente was close to clinching a loan move to Alaves in January but it was cancelled due to his positive form.

Spanish newspaper AS, as reported by the Daily Mail, now claims the midfielder is in favour of a move to the Premier League.

Zidane is open to the idea of letting Llorente leave the Bernabeu this summer after admitting earlier this month the player could do with more minutes on the pitch:

‘He was incredible during the season where he played (on loan) at Alaves (in the 2016-17 campaign) and a similar situation would be the best-case scenario for him again.’

Unai Emery is supposedly looking to revamp his squad over the summer. Whether Llorente, who has also attracted the interest of Manchester United, is in the Spaniard’s plans remains to be seen.