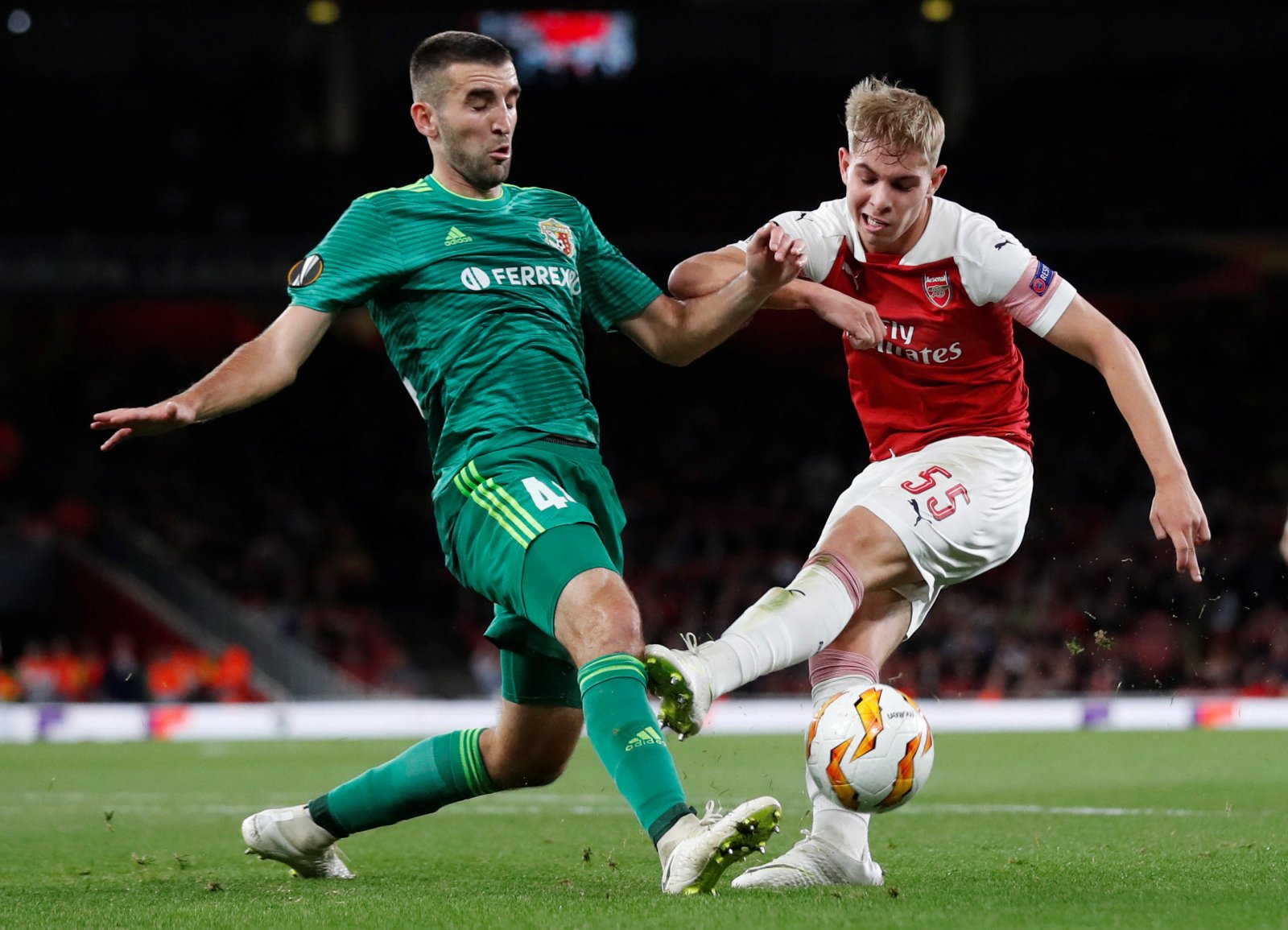 The midfielder came on for Alex Iwobi with 20 minutes to go in the 4-2 victory. After the game, the 18-year-old took to Twitter to express his delight at his first senior appearance:

Proud moment making my @EuropaLeague debut tonight..?? thanks for all the support..???? pic.twitter.com/ZZce5TMfkU

Fans were quick to praise Smith Rowe after his performance:

You are a star u rocked

You were very impressive! Good luck…

You were brilliant to watch. Hardwork and determination is all you need to get to the very top. Good luck on that

Some of the dribbling was awesome tonight, a little work on the passing and you'll be awesome soon.

You did great when you came on. There will be many more appearances for you and for us to enjoy. Keep up the good work!

It’s great to see Emery giving Arsenal’s youngsters a chance. Especially with a new manager, when the pressure is on to get results, it would have been easy to keep with tried and tested senior players.

However, the Gunners boss has clearly seen something in Smith Rowe which has persuaded him that he is ready for first-team action already.

The England Under 19 international impressed for Arsenal Under 21s in the EFL Trophy earlier this month. He scored in the 3-0 victory over Coventry’s senior side.

Eddie Nketiah and Joe Willock also scored in the match, with the trio all being hotly tipped to be playing first-team football in the not too distant future.