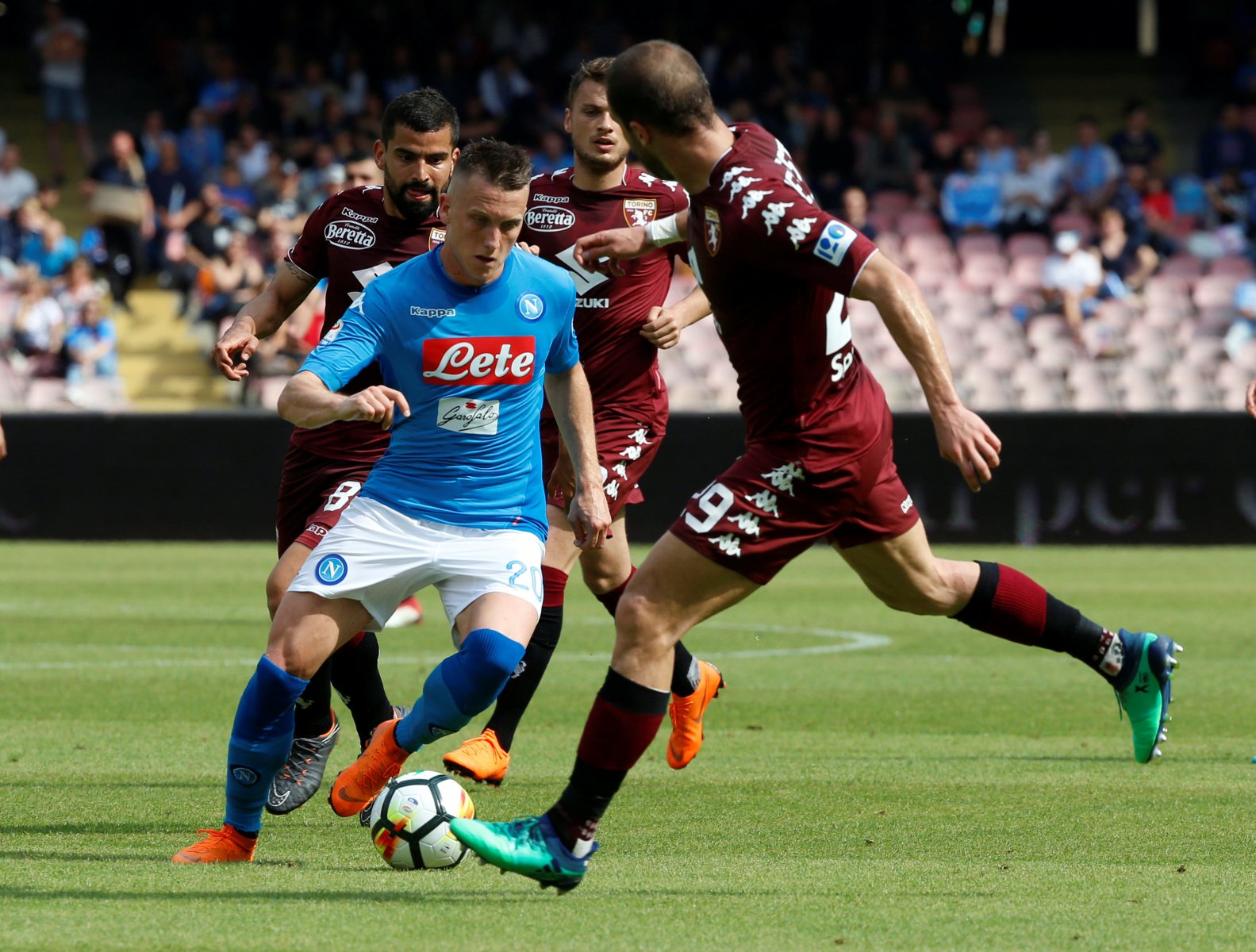 Arsenal are looking to significantly bolster their ranks this summer after another disappointing campaign saw them miss out on Champions League football and it seems they’re ready to spend heavily to improve their fortunes.

Reports in Italy state Arsenal are confident of signing Poland international Piotr Zielinski from Napoli, after a lacklustre season which has seen the 23-year-old starting just 12 Serie A matches this season.

It’s therefore suggested that the World Cup ace is seeking a transfer this summer to improve his first-team opportunities and Arsenal are willing to hand him that chance – and are crucially said to be happy to meet his £57m release-clause.

After pinching the pennies for a number of seasons, Arsenal have shown a willingness to spend in the more recent years and have signed the likes of Henrikh Mkhitaryan, Pierre-Emerick Aubameyang and Alexandre Lacazette for significant fees.

Zielinski, should he arrive for the stated price, would become the club’s second-most expensive signing of all-time behind only Aubameyang, who TransferMarkt state cost the Gunners £57.38m.