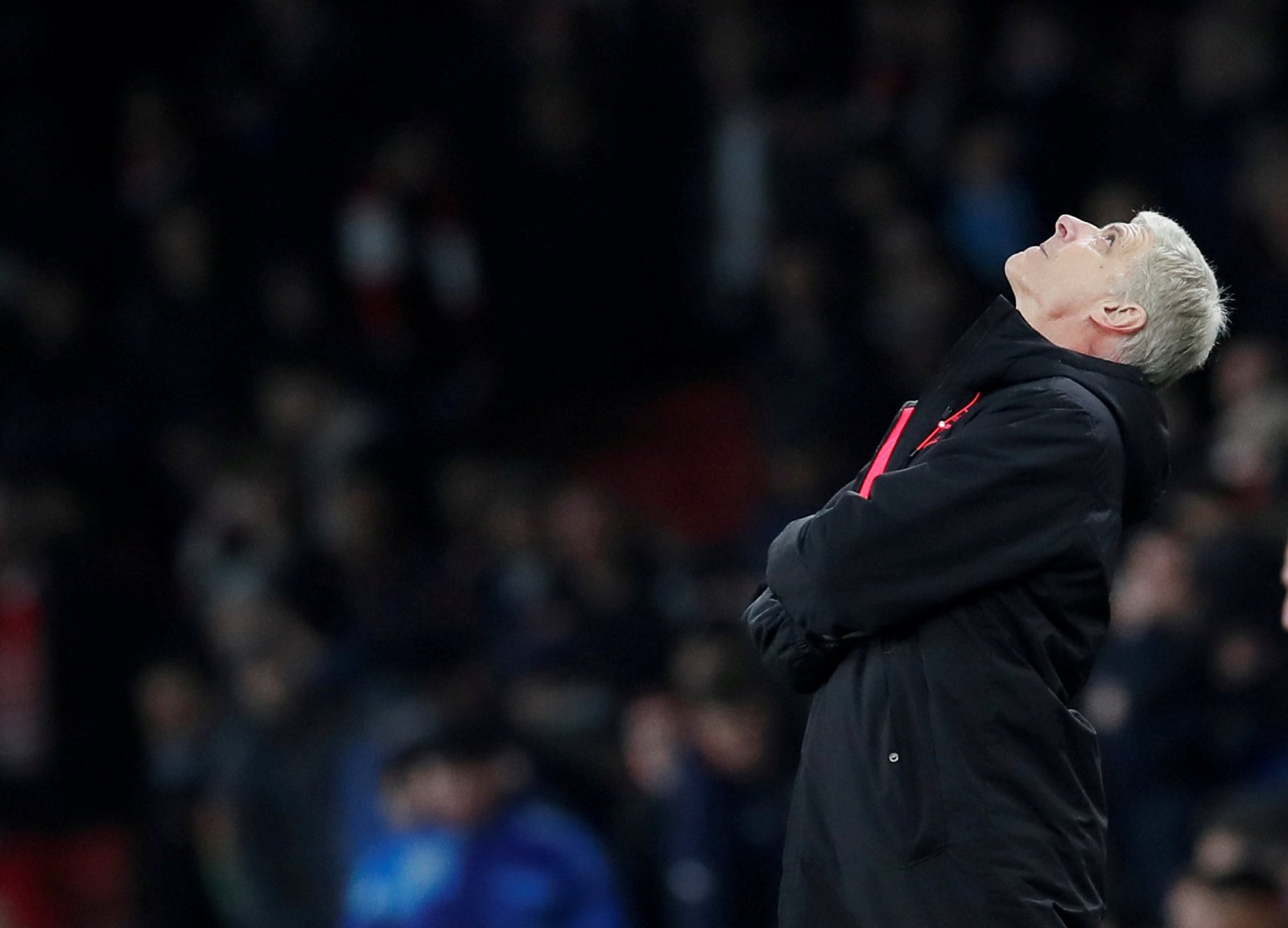 Arsenal are entering the business end of the season in a disappointing position, as the Gunners find themselves way behind in the race for a top-four finish in the Premier League.

Arsene Wenger’s side lost the Carabao Cup final to Manchester City and also suffered a premature exit in the FA Cup at the hands of Nottingham Forest, leaving the Gunners’ objective firmly orientated around the Europa League.

Arsenal now have eight matches left to turn their campaign around in the Premier League and Wenger has admitted that his side need a miracle to achieve a return to the Champions League through that passage.

Speaking to reporters after the Gunners’ 3-1 victory over AC Milan at the Emirates Stadium, the Frenchman said:

“For the climate around the team, it was a vital result. We have targets to finish as close as possible to the top four, and why not benefit from a miracle? But as well, focus on the quarter-final now.”

Arsenal face Stoke City after the international break, before then clashing with other relegation strugglers in the form of Southampton, Newcastle United and West Ham.