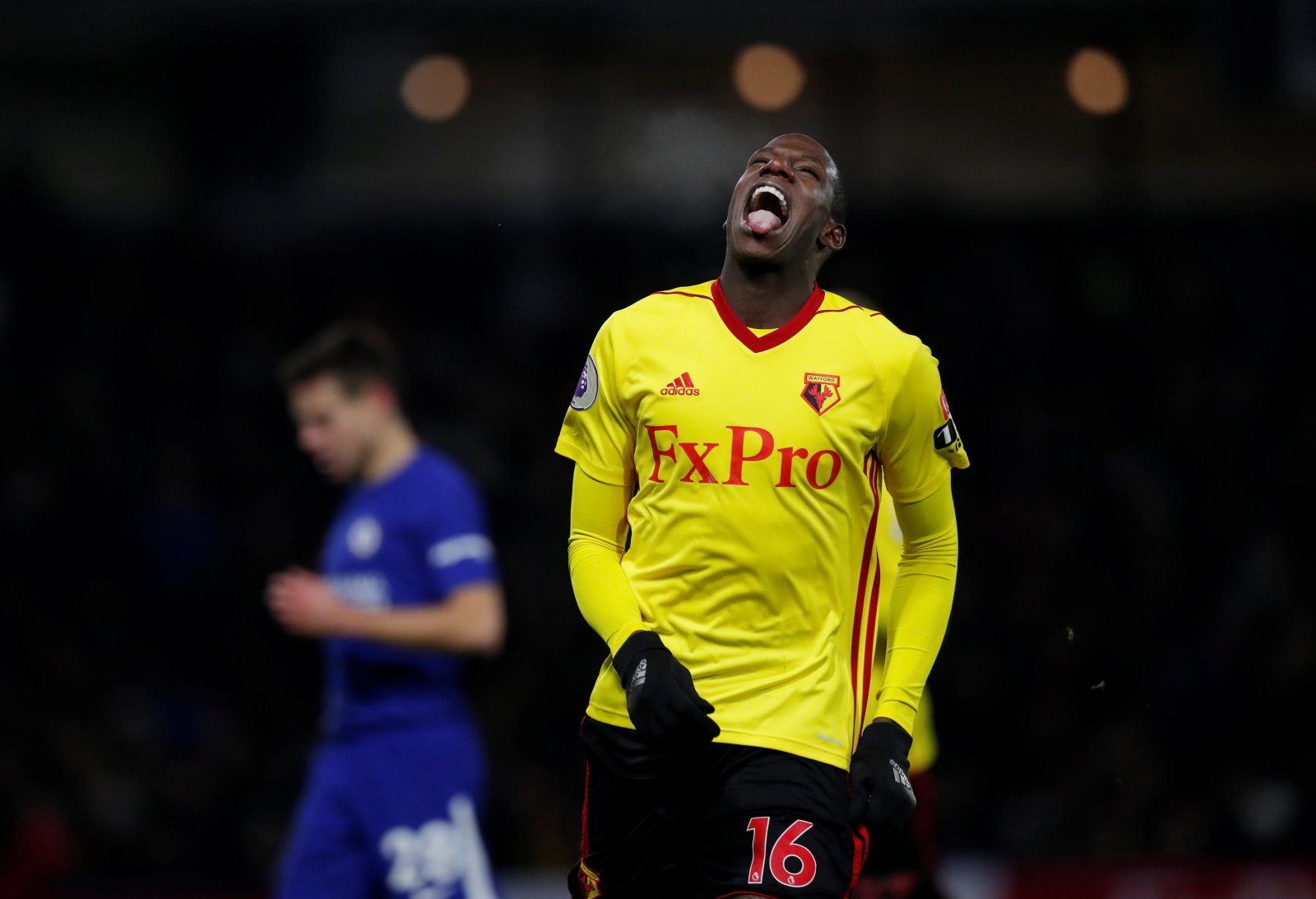 Watford ace Abdoulaye Doucoure has confirmed a number of Premier League sides are interested in his services and may have already won over Arsenal fans with his recent comments.

The 25-year-old midfielder has been one of the standout performers for the Hornets this season, scoring seven goals and registering two assists, which has led to reported interest from Arsenal, Tottenham Hotspur and Liverpool.

In interesting comments made to Telefoot, the midfielder confirmed interest from the three Premier League giants- and gave a reason as to why he’d prefer to join Arsenal over their north London rivals.

“It’s true that these clubs are interested. But I’m at Watford for the moment and I want to finish my season well.”

“(I’d prefer to join)  Arsenal because of Arsene Wenger.”

Arsenal may look to bolster their midfield ranks in the summer due to Santi Cazorla’s long-term injury problems, whilst Jack Wilshere is yet to pen a new contract and sees his current deal expire at the end of the season.