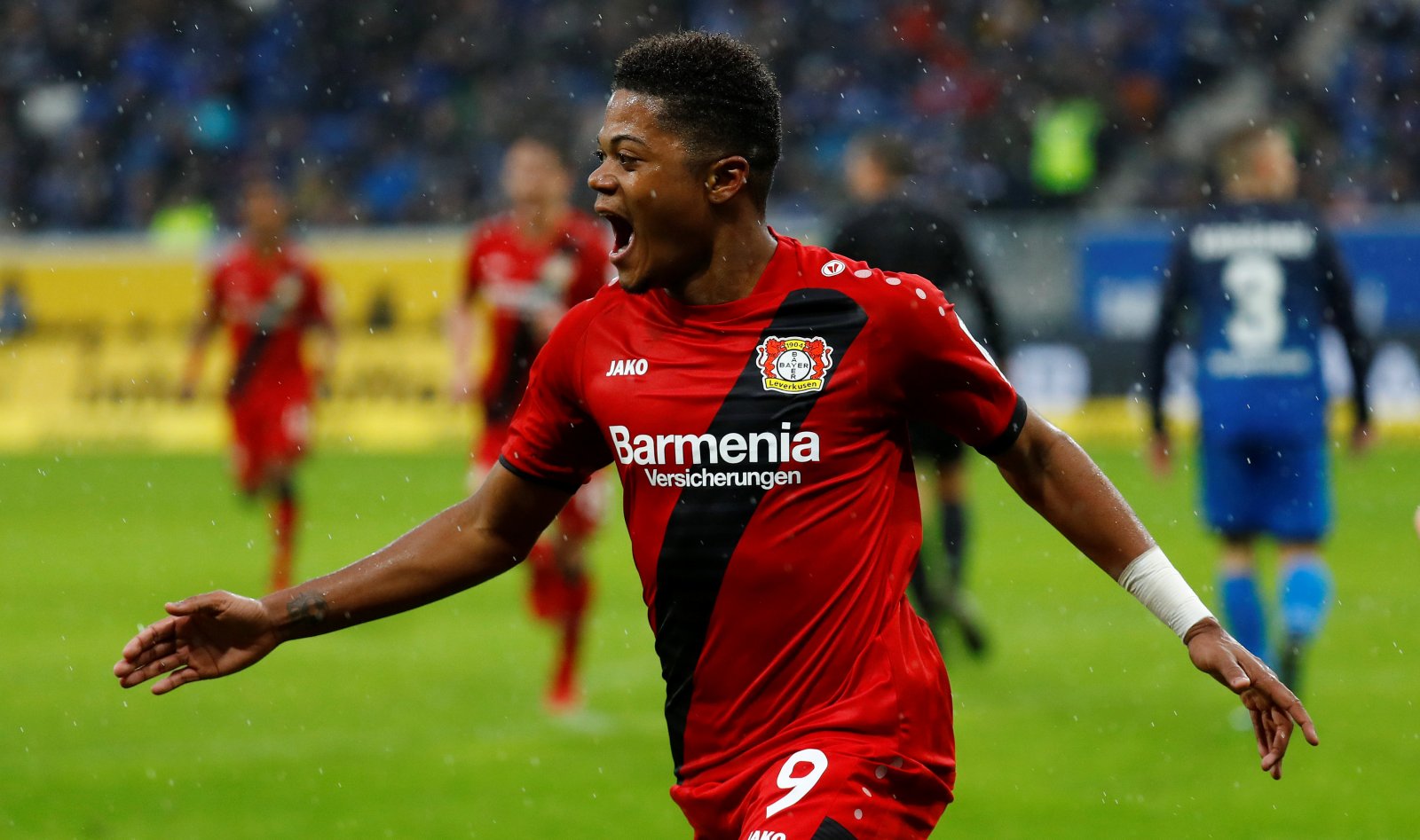 Arsenal are set for a crucial transfer period at the end of the season, where the Gunners will look to make a statement of intent in the market and prove they’re capable of fighting for major honours.

Major movement has been made in the past two transfer windows as Arsenal have broken their transfer record twice this season, first bringing Alexandre Lacazette in from Lyon and then signing Pierre-Emerick Aubameyang from Borussia Dortmund.

It seems Arsenal remain interested in players from German football and Bayer Leverkusen winger Leon Bailey is a reported target for Arsene Wenger’s side- and the 20-year-old has discussed potentially making a big move.

Speaking to German outlet Bild, the Jamaican born ace stated he wants to stay in his current surroundings for now but it’s a case of ‘when’ and not ‘if’ he makes a lucrative switch elsewhere.

“Leverkusen is perfect for me. I want to develop and then I can take the next step. When I move to a big club, the people there will want to know me. I want to make a name for myself at the highest level.”

Arsenal will face immense competition for the young talent though, as Premier League rivals like Manchester United and Liverpool have also been attributed with an interest.