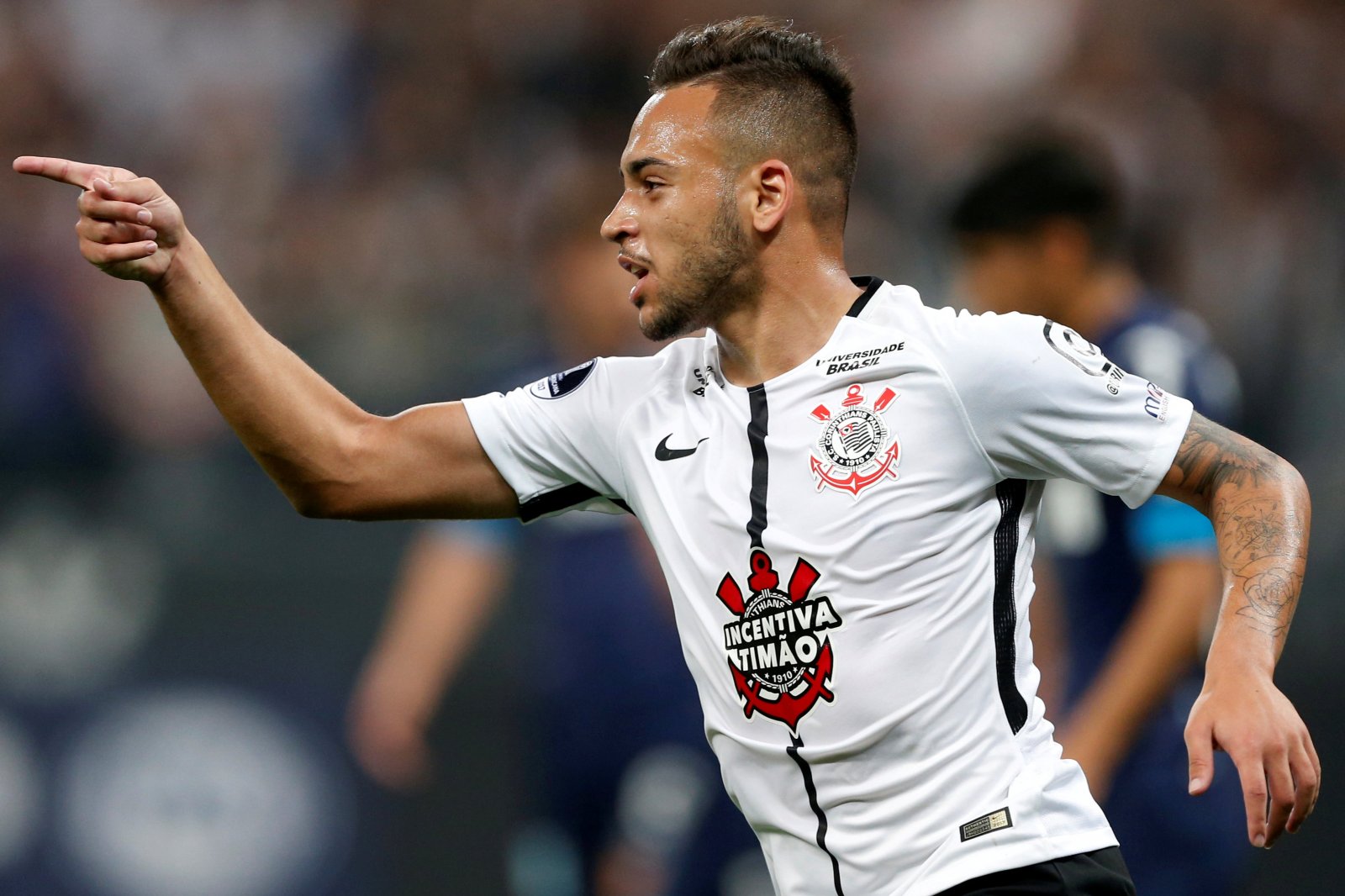 Arsenal are keen on signing Corinthians central midfielder Maycon, according to the Sun.

The 20 year old is valued at £9m by his club, and it is believed Corinthians want to keep the player on loan for the rest of the season.

Maycon does have six caps for Brazil’s Under 20 side, but there are said to be concerns over getting a work permit for the midfielder.

It means that any deal could be put on hold, at least until the summer, especially as the Gunners are looking to sign a number of other players this month. With that being the case, it could lead to other clubs entering the race for the Brazilian.

Napoli are also reportedly in for Maycon, which may lead to the midfielder’s asking price increasing if a bidding war ensues.

For his club side Corinthians, the Brazilian Under 20 international played 40 times in all competitions last season, scoring two goals and contributing four assists.