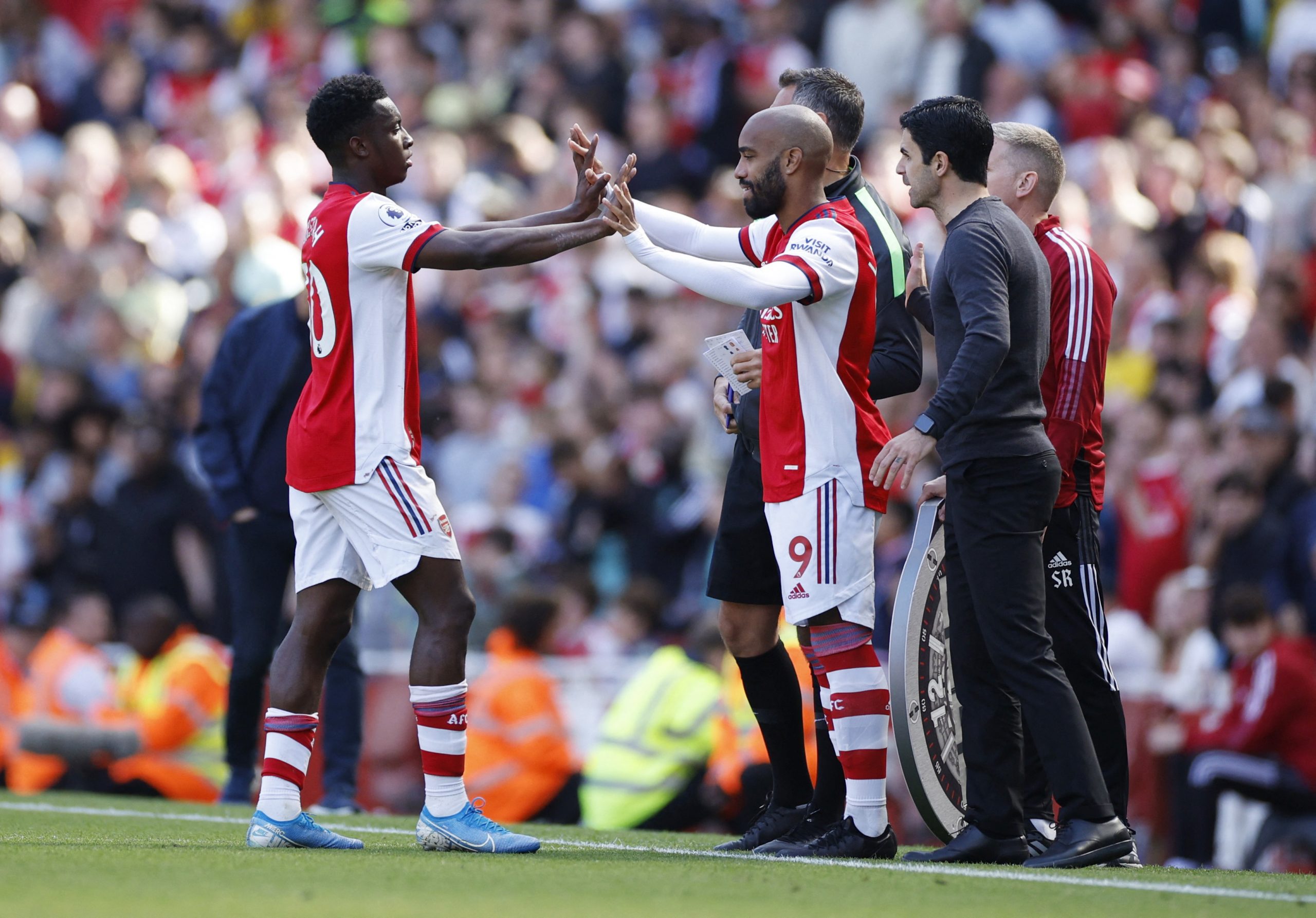 The decision has been made on the future of three Arsenal players as Mikel Arteta starts his preparation for the new season.

That is according to journalist Charles Watts, who, when speaking on his YouTube channel, noted that Arteta had issued an update on the contract situation on three players at the club: midfielder Mohamed Elneny, and strikers Eddie Nketiah and Alexandre Lacazette.

With Arsenal reportedly prioritising a new striker, clarity on the futures of Nketiah and Lacazette, in particular, is crucial for the Gunners to clear up before they start looking towards bringing in a new number nine, with Gabriel Jesus, Tammy Abraham and Victor Osimhen all linked to a move to the Emirates Stadium.

However, Watts claims that a decision has been made on all three players, however, the Spaniard’s press conference after Arsenal’s 5-1 victory over Everton on Sunday was too early to give clarification on the matter. He said:

“Mikel Arteta in his press conference afterwards speaking about [Elneny], Lacazette and Nketiah saying the decision has been made on the futures of all three of those, but it’s too difficult to communicate right now.

“So that’s going to come out very, very soon, you would expect, from Arsenal. I suggest that the way Arteta was talking that at least some, if not all – I think Lacazette’s definitely going to go, there’s no doubt about that – but the other two, maybe a little bit more up in the air. We’ll wait and see on that one.”

Our thoughts on Watts’ comments…

From these comments, the expectation is that club captain Lacazette is going to leave North London this summer, while Nketiah and Elneny will stay, which suggests that Arteta going to prioritise squad depth over keeping big names that will ultimately have limited game time.

When it comes to the Frenchman, he has undergone a disappointing season, especially in front of goal, netting just four times in 30 Premier League appearances.

This has led to the 30-year-old falling down the pecking order in the number nine position, with his last start coming back in March in the 2-1 home defeat to Brighton & Hove Albion, and with a wage of £182k-per-week according to Salary Sport, the club cannot afford to keep him on the wage bill just to be a substitute.

The poor form of Lyon native, however, has given new life at Arsenal for Nketiah, with the 22-year-old gaining his manager’s trust, starting the final eight games of the season, bagging five goals in the process, more than Lacazette has managed all season, which would likely make his inevitable contract extension well received by manager and fans alike.

As for the Egyptian, he offers good backup for Arteta’s side, with the reliable 29-year-old likely to be a squad player next season if retained, which now looks like a strong possibility.

And in other news, another Arsenal player has hinted at where his future may lie…