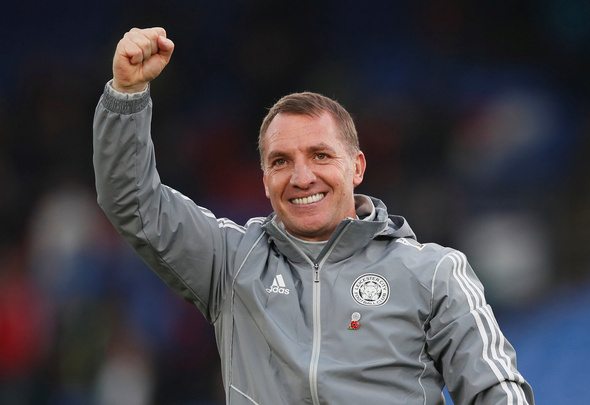 The search for a new Arsenal manager goes on, and will no doubt have been intensified by the Gunners’ dreadful 2-1 defeat to Brighton Thursday evening.

Freddie Ljungberg has hardly covered himself in glory in recent weeks, and if this is his job interview of sorts then he is surely failing hard.

As such, the sooner the Gunners can get a new boss through the door, the better.

One name that has been repeatedly linked is that of Brendan Rodgers, as per The Sun.

The 46-year-old only joined Leicester City at the end of last season, but it is understood that the Gunners are interested in snatching him away.

In response, the Foxes have given Rodgers a bumper new deal to tie him to the Midlands for the next five-and-a-half years, as per Daily Mail.

Ordinarily, that would be enough to silence any rumours of his exit, but according to Chris Sutton, a new deal is no assurance of anything.

Clearly referencing Rodgers’ sudden exit from Celtic last term, the pundit wrote on his personal: “I’m sure he will see it through…”

While Sutton makes a salient point about Rodgers’ past record for leaving on a whim, this feels distinctly different.

For one thing, he has only just joined City, whereas he had been at Celtic for years and had achieved everything he could in Scottish football.

Moreover, right now, taking the Arsenal job feels like a step down for a manager who could do great things with the Foxes.

Nonetheless, this latest jibe could be enough to get many supporters dreaming of an unlikely coup.