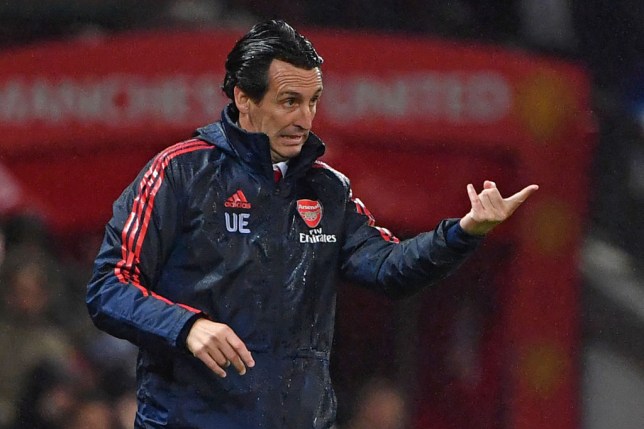 Arsenal have arrived in Portugal to take on Vitoria S.C. in the UEFA Europa League on Wednesday afternoon. The Gunners have the opportunity to put their Premier League struggles to one side and focus on a European Campaign in which they’ve registered maximum points so far.

Here is how we expect Unai Emery’s side to line up.

Emiliano Martinez is the designated cup goalkeeper and so is expected to replace Bernd Leno in between the sticks.

Hector Bellerin is expected to start having not featured versus Wolves at the weekend with Kolasinac operating on the opposite flank. Mustafi and Holding has been the ‘go-to’ partnership at centre back in the Europa League and Carabao cup games of late so we expect that to continue.

Emery has already revealed Granit Xhaka (who has been stripped of the captaincy) and Mesut Ozil won’t be travelling with the squad for the game. That could mean Lucas Torreira could retain his place in front of the defence after playing 73 minutes against Wolves at the weekend. Joe Willock is expected to be named alongside Spanish midfielder Dani Ceballos to make up the midfield trio.

Nicolas Pepe is set to return following his special performance off of the bench versus Vitoria S.C. at the Emirates Stadium – the Ivorian denying the Portuguese outfit of their first win in the competition. Bukayo Saka who made a late appearance versus Wolves is expected to start on the left with the in-form Gabriel Martinelli leading the line. Pierre-Emerick Aubameyang won’t feature as he has been left in London, despite having been announced as the Gunners’ new captain.