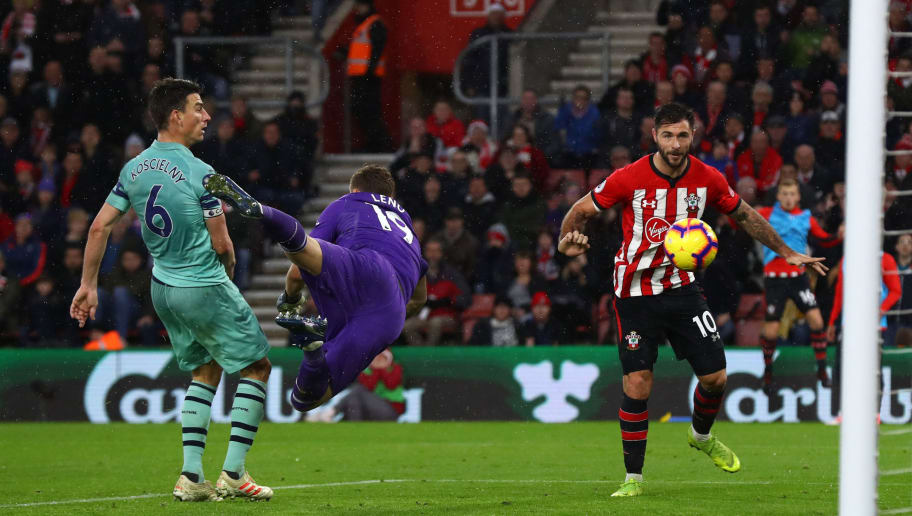 Southampton shocked Arsenal by beating them 3-2 at the St. Mary’s Stadium yesterday afternoon to lift the Saints out of the top three and end the Gunners’ 22-game unbeaten run in all competitions.

Here are four things we learnt from the game:

Much has been said about Ozil’s work-rate and physicality in recent years, and Emery himself dropped the German on a few occasions already this season for the very same reasons expressed by many. Although Ozil featured in the last 20 minutes of the game, he showed and proved to everyone that Emery was right all along. Perhaps his time is up at the Emirates?

A centre-back is a necessity in January

Emery had to deal with what he had in terms of defensive options, but he only had one natural centre-back in Laurent Koscielny available, and the Frenchman himself only just returned from a long-term Achilles injury. Conceded three goals as a result, and it’s as clear as crystal that a new centre-back is a necessity in January. Emery reckons it will be difficult for Arsenal to do business next month, but the Spaniard must sort the mess out at the back if they are to clinch a top four finish.

Formation was all wrong

Emery has gone with three centre-backs as of late and it has proven successful. However, with no disrespect to the Saints, Emery should have played with a back four and offered more upfront against a team who had only registered one win in 16 games at the time.

Granit Xhaka as a centre-back…really?

Like many, I was shocked that Xhaka was chosen to play in the middle of the back three yesterday afternoon. The Switzerland international lacks positioning and speed as it is and Emery’s decision to play him along the back-line was baffling to say the least. Hopefully the first and last time this happens.