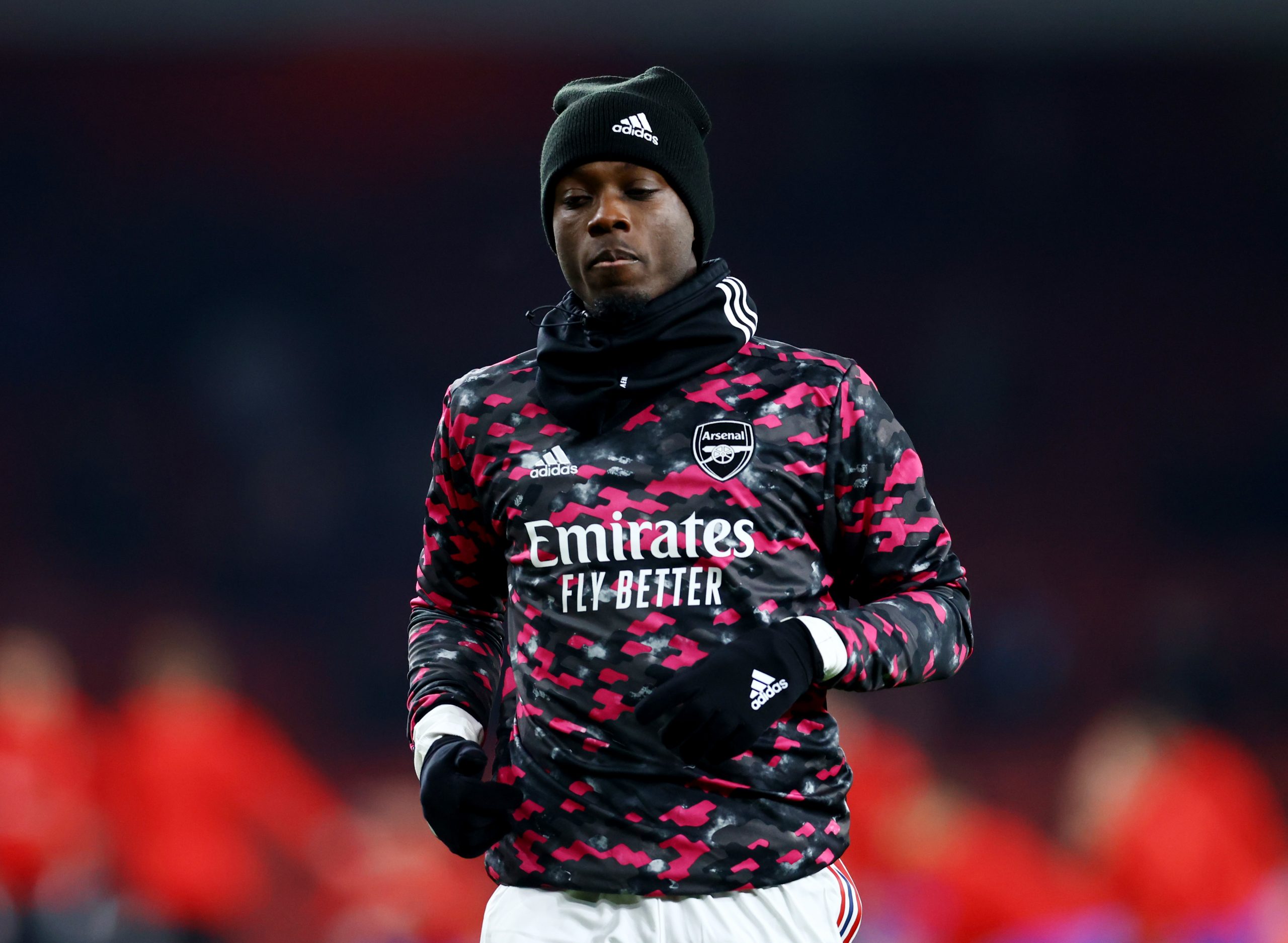 Asked if a summer move could be on the cards, speaking ahead of Ivory Coast’s 3-0 loss to England at Wembley, Pepe said:

“I am focused on how well we do until the end of the season and the club’s target, which is getting into the Champions League. Then we will see what happens.”

Pepe went on to explain that, while he feels frustrated at Arsenal, he does understand why he has been unable to secure frequent game time.

“It’s happening at international level (getting game time) and a bit less so at club level”, he said. “It is frustrating not to play. No player enjoys not playing but I have to respect the coach’s decision.

“When a team is winning it is hard for a coach to make changes. Mikel has explained that to me and I know I have to work hard in training to get more playing time.

“The coach knows what I think and how hard I am working. It is also about communication. Sometimes it is not easy to communicate with the language barrier.

“It has been a tough season for me.”

Arsenal should cash in on Pepe

Much was expected of the Ivory Coast international when he arrived in North London, after enjoying a superb year at LOSC Lille during the 2018/19 campaign, where he notched an astonishing 22 goals and 11 assists in 38 appearances.

Many expected the £27m-rated forward to take the Premier League by storm when he arrived in 2019 but he has largely underwhelmed. He made over 40 appearances last season, managing an impressive 16 goals and five assists but could not gain any consistent run in the team.

This current season, his struggles to get into Arteta’s thinking has largely continued. The £100k-per-week Ivorian has played 18 games, just the 604 minutes in the Barclays Premier League, and notching three goals and five assists in all competitions.

There’s no doubting Pepe’s extraordinary talents, his sheer speed, acceleration, trickery and the ability to beat markers with real ease, it is why Arsenal shelled out a club-record fee of £72m acquire his services.

Once hailed as a “quality player in the making” by Jose Mourinho, it is certainly plausible to argue that Arsenal captured the right player capable of real brilliance, at the wrong time.

Former QPR boss Neil Warnock called the Pepe to Arsenal move a “mistake” and stated that the Gunners should have purchased Crystal Palace’s Wilfried Zaha instead.

The 26-year-old winger has struggled to break through into the team’s starting XI given the rapid emergence and fine form of teammates Bukayo Saka, Gabriel Martinelli, Emile Smith Rowe and Martin Odegaard, which has pushed him down Arteta‘s pecking order.

In a possession-based system that allows the likes of Saka, Martinelli and Smith-Rowe who have emerged in the first team over the past few years, the chance to thrive, the qualities of Pepe just hasn’t adjusted to such a patient and measured style.

Throughout his time at Lille, he was a real threat with most of his goals and assists coming through opportunities on counter-attack, that isn’t the case at Arsenal and it is why the 6 foot forward has flattered to decieve.

Ultimately, Pepe’s move to the Emirates has been an unfortunate mistake, and maybe it is time Arsenal cash in on the player that former manager Unai Emery, the man to sign him, once believed was a “top-class winger”.

AND in other news, Arsenal consider fresh contract offer to out of contract Gunners star…