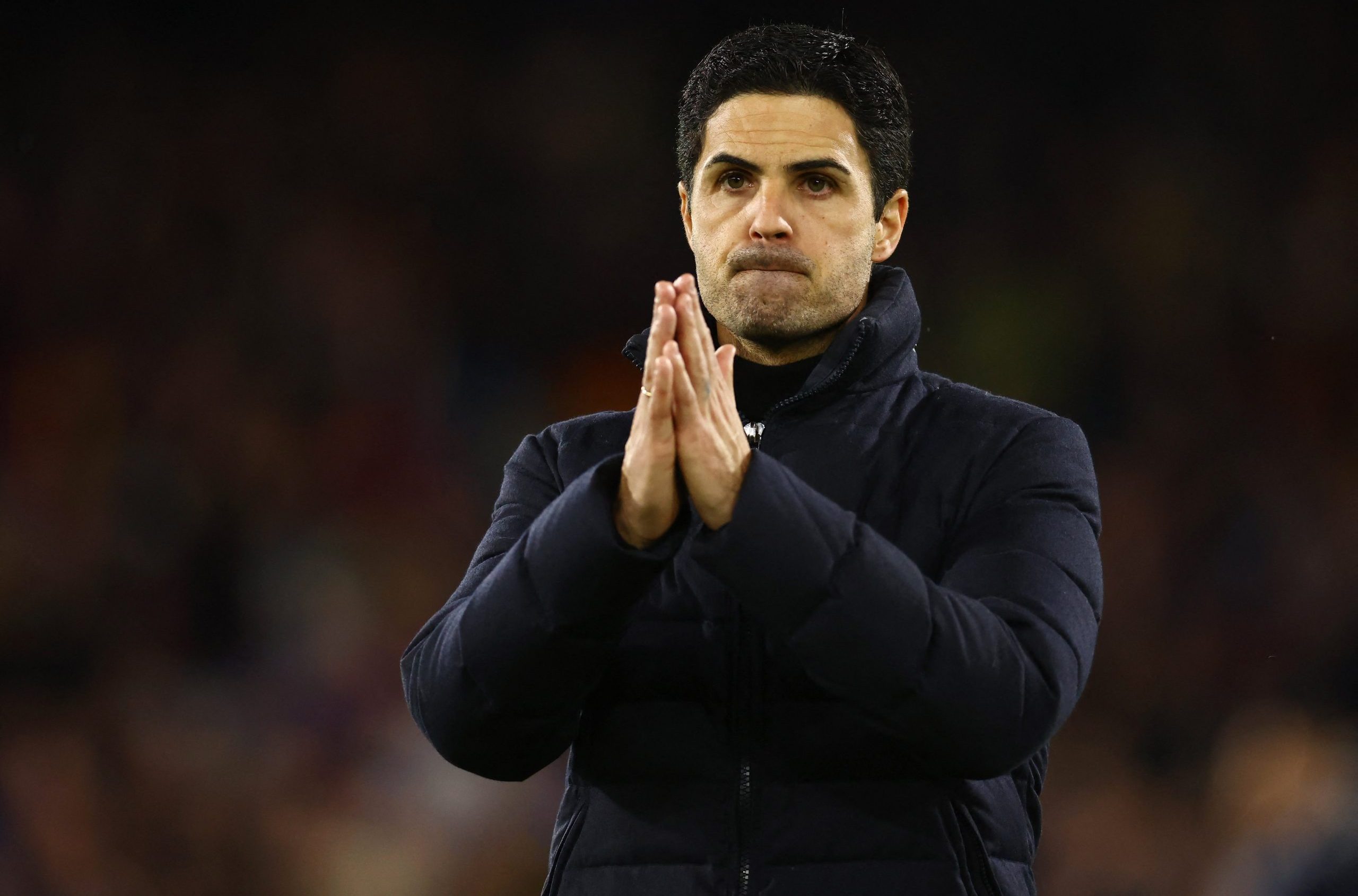 Arsenal come up against Southampton in the Premier League on Saturday in what is a true test of their character following back-to-back defeats to Crystal Palace and Brighton and Hove Albion.

Defeat at home to Brighton was given a helping hand right from the get-go as Granit Xhaka controversially lined up at left-back in place of Nuno Tavares, a move that saw Albert Sambi Lokonga operate as the lone No. 6 with Emile Smith Rowe and Martin Odegaard either side.

Needless to say, it didn’t work. What was a huge show of faith in Sambi was equally a demonstration of how little faith Mikel Arteta has in Nuno.

Fans will be pleading with the manager to find alternative solutions to Xhaka at left-back, with his presence in the centre of the pitch crucial to the team’s balance and control.

With much complaints regarding the Spanish coach’s tinkering, it may seem plausible to have some faith with the former Benfica left-back at St Mary’s.

Will the manager have learned or will he continue to be stubborn?

Certain questions will be raised in attack also, especially regarding the form of Alexandre Lacazette, with still just the four league goals to his name so far this season. Has Eddie Nketiah earned himself a chance as a result of the Frenchman’s poor form? The former on-loan Leeds star has impressed in his short spells from the bench, and certainly looks hungry to deliver.

Massive decisions face the manager, those that could salvage the season or see it plummet further.

Here is the predicted lineup: 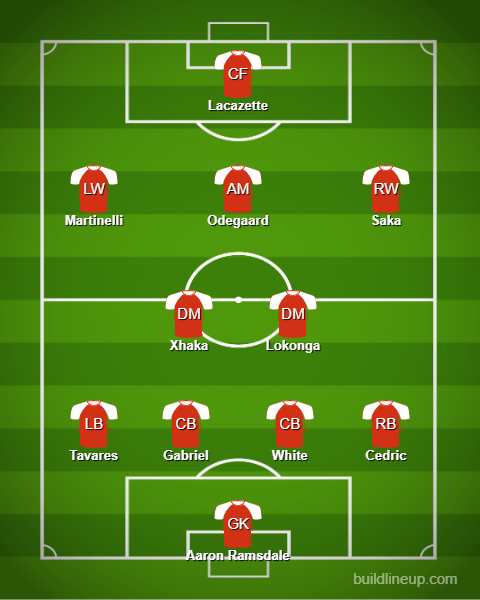 Aaron Ramsdale (GK) – Of late it’s been tough work for Ramsdale in the Arsenal goal. Every shot he faces seems to nestle into the back of the net in recent games, its imperative his defence return to the rock-solid performances they showed before the defeat to the Eagles at Selhurst Park.

Cedric Soares (RB) – More of the attacking mould of right-back, Cedric even featured on the right of a back three against Brighton. His manager has faith in him, despite Tomiyasu’s impending return from injury and that doesn’t look like changing.

Benjamin White (CB) – None of the backline have impressed over the past two matches and while White can still pick out the balls in behind a high line, he needs to exhibit more physical dominance than he has in recent weeks. The manager will be expecting much better in the coming games, because he is certainly capable.

Gabriel (CB) – One of the most improved players this season, Gabriel has suddenly lost his classy touch and he isn’t the only one. If Arsenal are to get back to their solid foundations in the coming weeks, they’ll need him in top fettle.

Nuno Tavares (LB) – It’s time Arteta gives Tavares another chance to impress despite his struggles of late. Taking him off in first halves won’t do his confidence any good and the Spaniard has to take blame in that. How’s he supposed to perform when his belief takes a knock like that? For more balance and control, bring the Portuguese back, give him time to settle in his position and put Xhaka back in midfield.

Granit Xhaka (CDM) – The captain needs his usual spot back, so he can perform to the best of his abilities again even without Thomas Partey. The Ghanaian will of course be a huge miss, considering he may be out for the rest of the campaign following Arteta’s latest press conference.

If that is the case, the Gunners will need Xhaka, playing in his best position, and performing like never before.

Albert Sambi Lokonga (CDM) – As soon as Xhaka came back into midfield in the second half against the Seagulls, Sambi sprung to life. Straight from the off there were driving runs in possession through the lines and speed to his distribution.

The former Manchester City coach must revert back to that partnership from the off at St Mary’s. The Belgian needs a capable partner next to him to thrive.

Bukayo Saka (RW) – Even the north London star boy couldn’t save his side against Brighton, although it never helps when one of your greatest attacking threats is being asked to play as a wing-back. Another baffling call from the manager. Although Saka can do a job there, you’ve got to play your best players in their best positions.

Martin Odegaard (AM) – Sitting deeper in the first half against the Seagulls meant there was nobody instigating the press for Arsenal, nobody picking out the telling passes in the final third, resulting in laborious build-up out from the back that made life so easy for the visitors.

Odegaard comes alive when he’s on the ball and getting him closer to the opposition goal is evidently key. What a consolation strike against Potter’s men by the way.

Gabriel Martinelli (LW) – Hopes are that his early substitution against Brighton was simply due to Arteta’s strange tactical decisions and nothing injury related, as he’s someone this side will desperately need against a high pressing Saints team.

That pace, directness, enthusiasm and threat in behind, will be crucial to Arsenal taking the three points back to the Emirates

Alexandre Lacazette (CF) – You’ve got to feel this is ‘last chance saloon’ territory for Lacazette now, with Nketiah waiting in the wings for an opportunity. Four goals from the experienced forward is simply not good enough, very poor in fact.

Yes, he offers so much in his defensive work and creative threat, that’s probably what’s keeping him in the XI, but to be a top team, you’re expected to have a proven goalscorer in the side, the former Lyon man just does not provide fans with confidence in that department.

The ball is in his court.

In total, there could be one change from the defeat to Brighton.