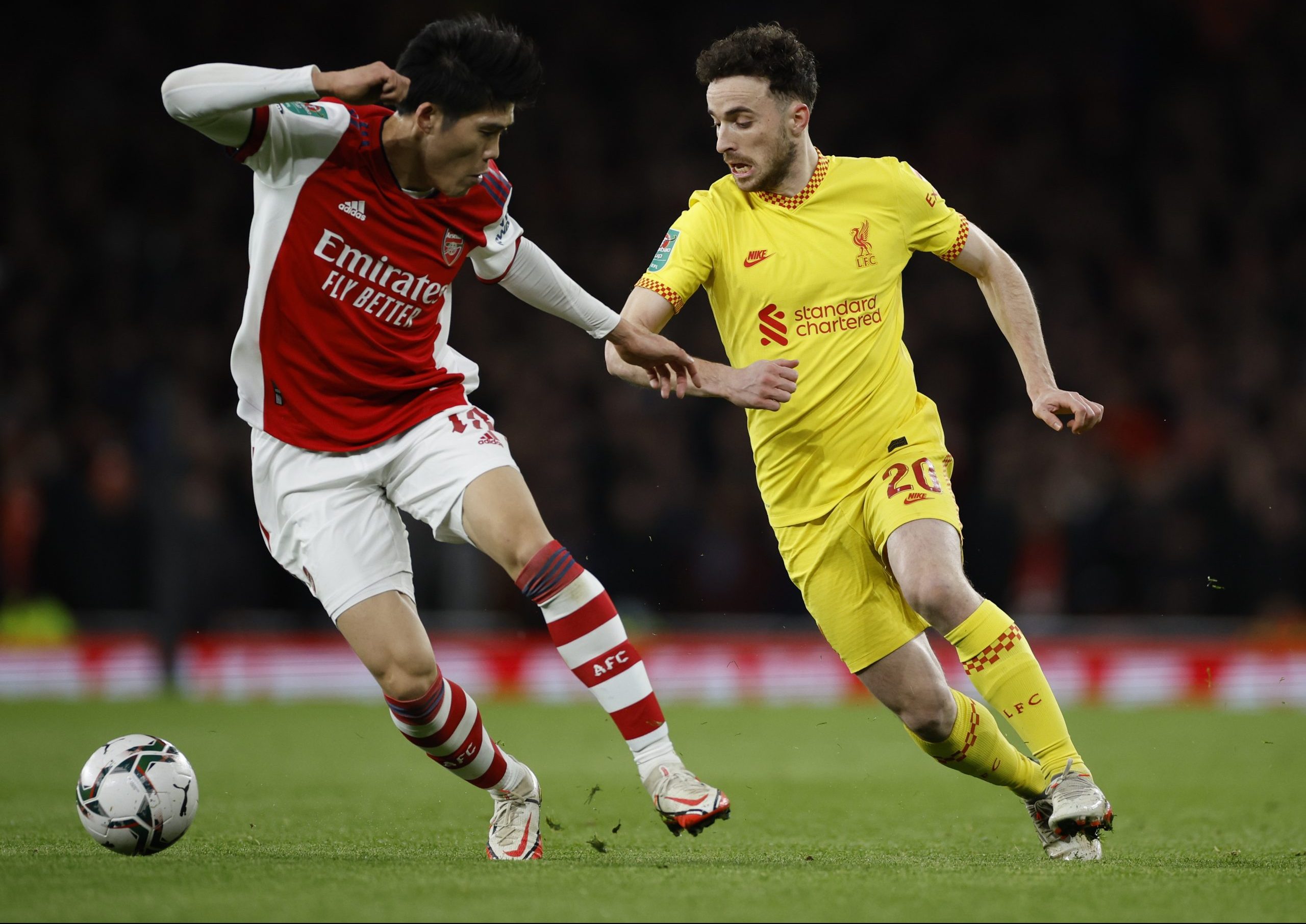 Earlier this month, the Gunners posted an update suggesting Tomiyasu would finally return to full training after their match against Southampton against St Mary’s.

Ahead of their match against Chelsea on Wednesday, Mikel Arteta suggested Tomiyasu will indeed be part of their pre-match training sessions.

Though there’s no decision yet on whether he’s ready to be involved in competitive matches.

“Tomi is very, very close,” Arteta said. “Whether this game is going to be too early for him or not, again we will decide it today after the training session.”

The right-back hasn’t made a Premier League start since January amid various calf issues.

However, images have now emerged showing Tomiyasu looking fit and healthy in Arsenal training ahead of their crucial encounter with the Blues at Stamford Bridge.

Our thoughts on Tomiyasu images…

The images of the Japanese international will provide Gunners fans with a major boost heading into the closing weeks of the season.

Signed in a €20m (£17m) deal from Serie A outfit Bologna, where he was once described as a “true Japanese warrior” by teammate Mitchell Dijks, the 22-year-old defender has excelled at right-back for Arteta since his debut.

So far this season, as per SofaScore, he’s been involved in seven of Arsenal’s 12 clean sheets, averaged 1.2 interceptions per game, 1.9 tackles per game, and dribbled past only 0.4 times per game.

Despite his long injury lay-off, the Fukuoka-born colossus still ranks third among Arsenal players for aerial duels won (49), fourth for number of dribblers tackled (16) and ranks fourth for tackles + interceptions. He also impressively ranks sixth in the whole of the Premier League for % of dribbles tackled (64.0), which suggests he’s an imposing physical specimen in Arteta’s side.

The £22.5m-rated beast, who can also play as a centre-back when needed, could be the man to further aid Arsenal’s defensive efforts for the rest of the campaign as they look to secure a Champions League berth for the first time in five years.