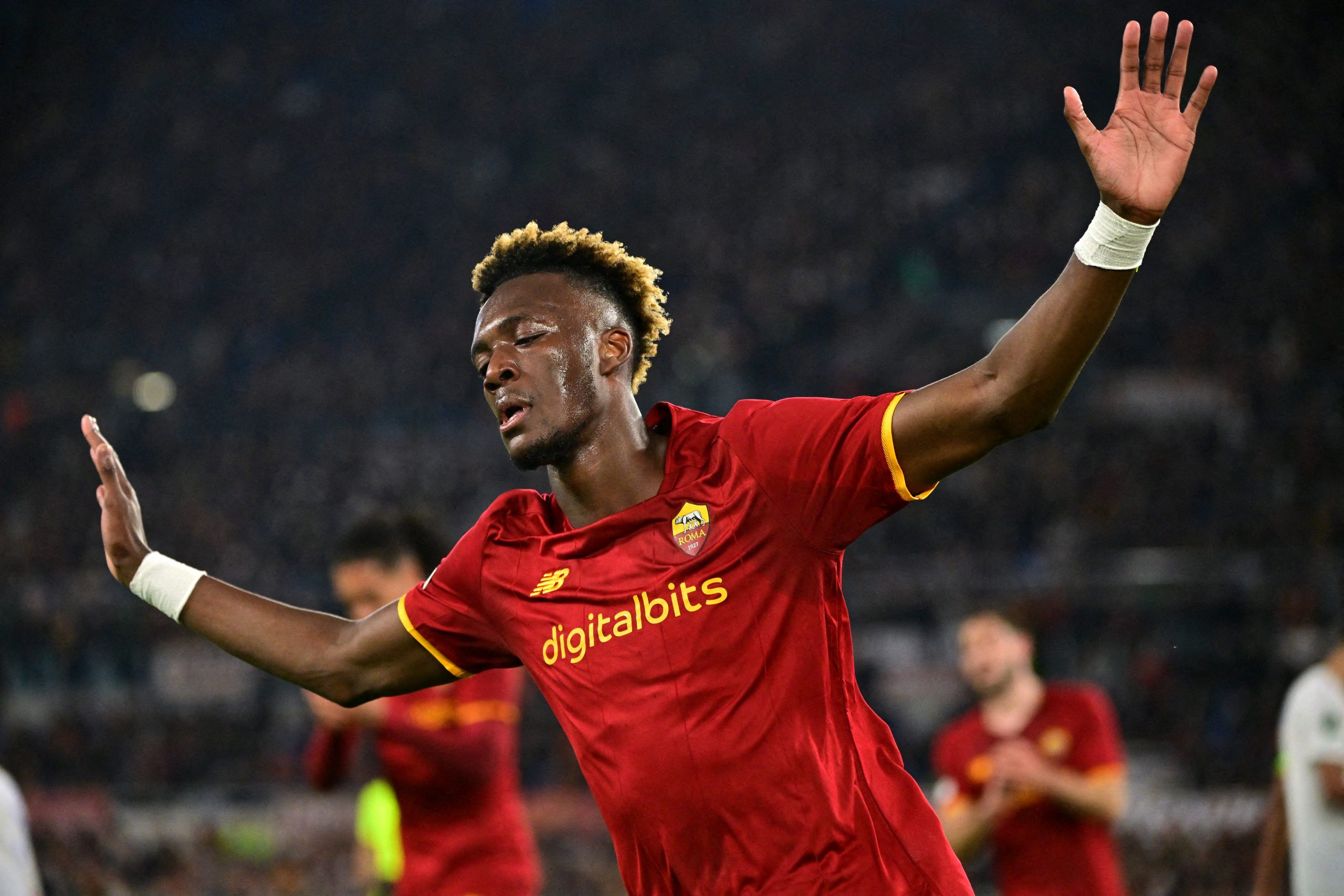 The Blues included a £68m buy-back clause in Roma’s £34m deal for the England international before they snapped up Romelu Lukaku in what was a club-record £97.5m from Inter Milan.

With Chelsea aiming to stick with their Belgian star, a return to Stamford Bridge will of course be off the table for the Camberwell-born forward, and former Blues and Arsenal midfielder Emmanuel Petit feels one of his old sides could benefit from his services.

“Abraham reminds me of Emmanuel Adebayor, his physical presence in the penalty area,” he told Genting.

“Abraham’s reaction when he arrived at Roma has been brilliant because he’s scored 15 [league] goals and has so many assists, so he’s enjoying his football there.”

He intriguingly went on to say: “I’m pretty sure he wants to come back to England and he would fit perfectly at Arsenal because he’s a different player to Alexandre Lacazette with a different style, different physique and he’s a goalscorer.”

It remains unclear whether Arsenal would be interested in a move for the England international but Mikel Arteta will certainly need to recruit a new striker in the summer regardless.

Having allowed Pierre-Emerick Aubameyang to leave in January, Alexandre Lacazette and Eddie Nketiah are both in the final few months of their contracts with their futures uncertain.

There’s no doubt Abraham will be looking to test himself in the English top-flight again, after a lack of opportunities at Stamford Bridge and a potential move to the Emirates could be perfect for both parties.

Abraham’s rangy and expansive style could suit Arteta’s philosophy to a tee, but more importantly the ten-time England international has proven he is capable of scoring goals at the top level, bagging 17 goals in 34 games in all club competitions for Roma this season and that is a commodity the Gunners will be desperately looking to possess next season.