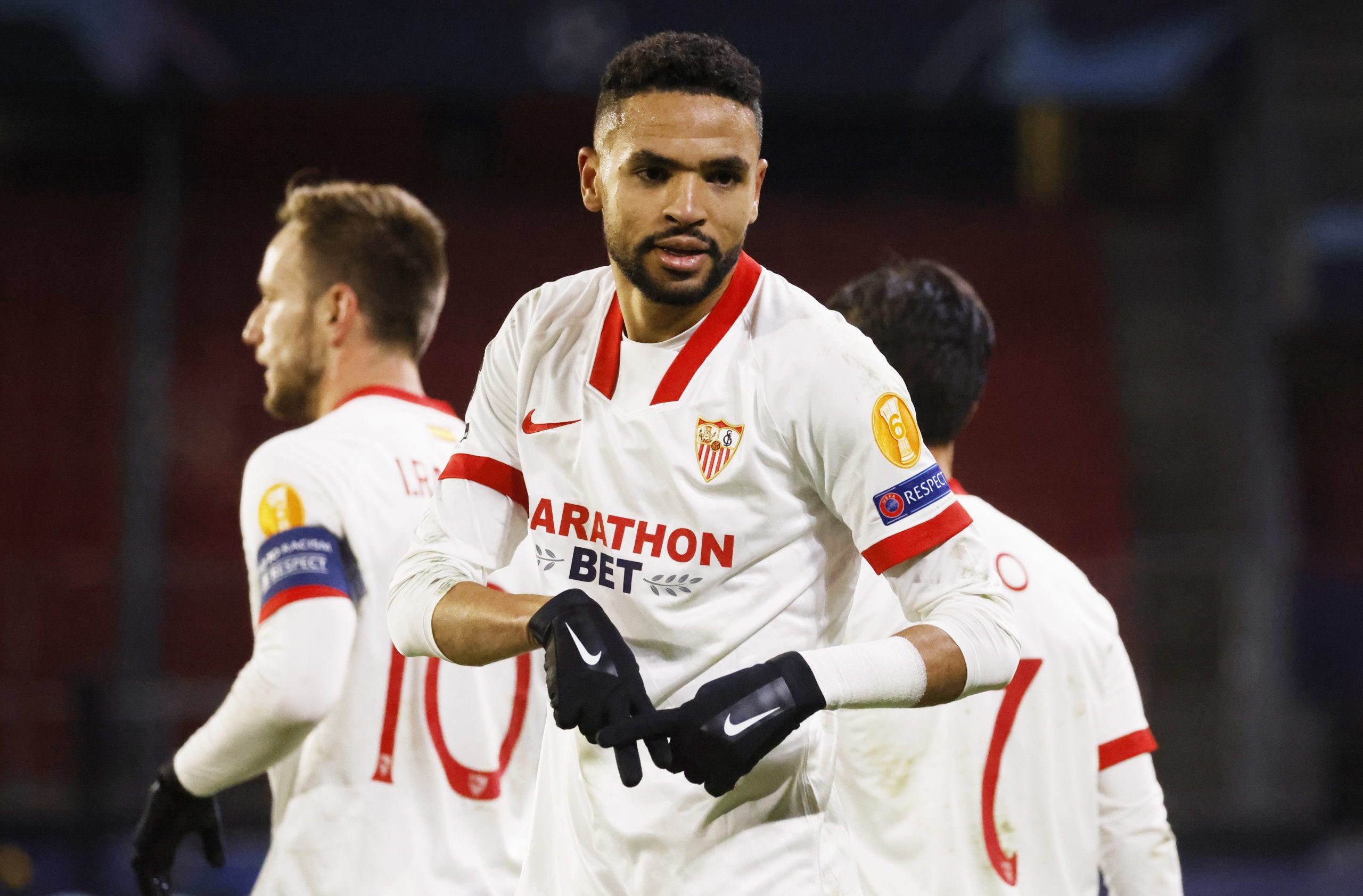 The Gunners reportedly remain on the hunt for a new striker in this summer’s transfer window, with the contracts of both Alexandre Lacazette and Eddie Nketiah expiring at the end of the season.

While either of those could potentially pen a new deal, there is certainly scope for Mikel Arteta to bring in reinforcements to boost their attacking prowess.

One player that has reportedly emerged on Arsenal’s radar is the Sevilla talisman.

According to Spanish outlet Fichajes.net, there are a number of European clubs interested in signing Youssef En-Nesyri this summer.

The report claims the likes of West Ham, Newcastle United and AS Roma have an interest in him, but the north Londoners seem to be leading the race for the Moroccan’s signature seeing as they are in desperate need of reinforcements in the striking department.

Also, the prospect of Champions League football next season for the Gunners could certainly attract the arrival of the forward, the report goes on to state.

It is safe to say, the £31.5m-rated striker hasn’t had enjoyed the best of campaigns in front of goal for the LaLiga outfit due to a number of injuries and a loss of form.

The Fez-born hitman has made 17 appearances for Julen Lopetegui’s men this campaign, registering just four goals and one assist.

However, the £45k-per-week striker was in sensational form last term, with 24 goals in all competitions for the club.

Despite his inconsistencies this season, the former Leganes man has still managed to keep the faith of Sevilla’s boss despite them signing Anthony Martial on loan from Manchester United in January.

He has previously been described as a “world-beater” by Sky Sports commentator and Spanish football expert Terry Gibson, who also added:

“When you look at his attributes, he’s as good in the air as anyone now. Not only is he tall, (but) he’s got that athletic ability to leap as well. He seems to really enjoy aerial challenges.

Admittedly, he’d be a bit of a gamble for the Gunners, with Mikel Arteta requiring a striker who is ruthless in front of goal, and can slot into his side seamlessly and fire on all cylinders.

The Moroccan could take a fair bit of time to acclimatize to the English top-flight so it is uncertain whether En-Nesyri could be the forward that Arsenal desperately need next season.

AND in other news, Arsenal enter race to sign Argentinian superstar…